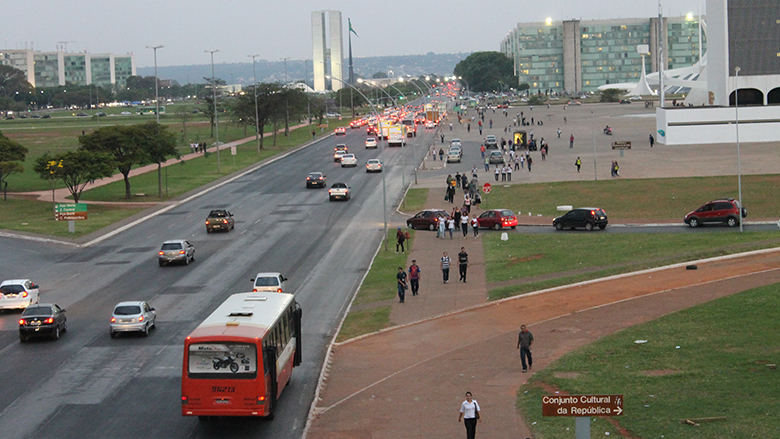 The change in commodity prices - soy and iron ore, for example - aptly showcases two important and recent periods in Brazil's economy. The first period occurred from 2003 to 2013, when high global prices led to economic growth, increased wages and employment rates and helped the government promote programs such as Bolsa Família. At the same time, the high prices also masked structural problems in the economy at the national level - such as the low levels of productivity and investment - thereby opening the door to additional public spending.

The second period saw a stark drop in commodity prices. In trying to get around the problem, the government turned to subsidies provided to certain sectors of the economy, tax incentives, price controls and additional credit offered by public banks. But the strategy was not efficient enough to stimulate growth, and contributed to a state of uncertainty that ultimately discouraged investment and increased the deficit in public accounts. As a result of this process and the international economic downturn, the decline in Brazil's economic activity caused the country's GDP to contract by 3.8% in 2015.

Amidst this scenario - and the many questions about the impact of the recent slowdown in social advances - the World Bank has released a Systematic Country Diagnostic (SCD) for Brazil. The diagnostic analyses the primary drivers behind Brazil's development in recent years - particularly for the poorest 40% of the population. It also examines the main obstacles to growth as a first step to try and resolve them.

One such obstacle is the low productivity rate of Brazil's economy. Between 2003 and 2014, the minimum and real wages rose by an average of 68% and 38%, respectively, while the productivity rate per worker increased by only 21%.  Behind this mismatch are:

The report also brings good news: despite the difficulties faced by Brazil's economy, the country can continue moving forward with its policies to further reduce poverty and inequality. According to the diagnostic, such policies do reach and improve the social indicators of the poorest at a relatively low cost: in 2014, social protection programs accounted for less than 5% of total government spending.

The promotion of new social advances requires improvements to the quality of services such as health and education. And that, in turn, requires greater efficiency in spending and in the use of public assets, as well as stronger institutions and budgetary processes to ensure that the choices made are, indeed, the ones most favorable to the poor.

The document also points out that much of public funding is still going to the non-poor, especially in social security: this accounts for 30% of public spending, more than education and health combined. Some of it is also transferred to companies through tax exemptions with little in the way of transparency and efficiency. Reducing these transfers will free up funds that can be used to improve public services and policies for the disadvantaged.

Lastly, the document acknowledges Brazil's important role in tackling climate change and curbing deforestation. The country has developed low-carbon agriculture, for example, among other technologies. However, to promote green and inclusive development, the country must advance further in water resources and land management issues. It must also make headway in urban issues, such as disorganized urban sprawls, disaster risk management and pollution.

Making the necessary changes, regardless of the topic - the economy, public services, the environment - means making choices and generating political consensus around a reform program. This will not be the first time the country has to do so: Brazil has proven capable of making large-scale changes. The challenges posed by the end of the commodities super cycle are significant, but Brazil stands capable of overcoming them.