A Plan to Save the Home of Yerba Mate and Stevia 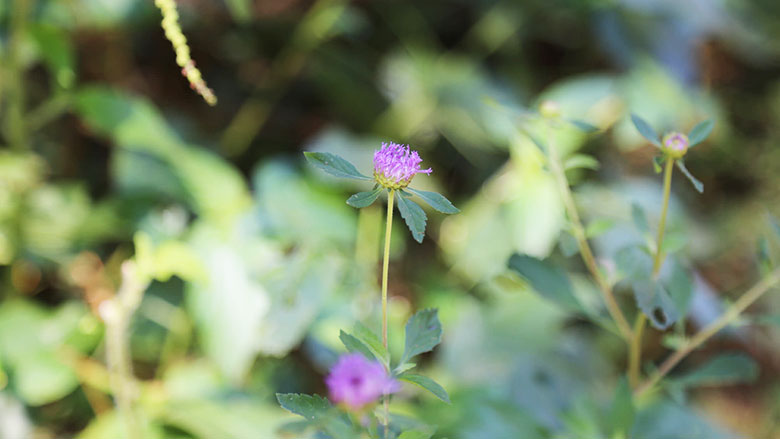 Flowers in the Atlantic Forest of the Upper Parana

The Atlantic Forest of Alto Paraná in eastern Paraguay is home to stevia, yerba mate and lapacho rosado, a weather-resistant hardwood species.

Originally, this forest extended over a million square kilometers and covered vast areas of Paraguay, Brazil and Argentina. Its levels of biodiversity and native species were similar to those of the Amazon region. At that time, it was one of the most biodiverse forests per square meter in the world.

Today, the forest is seriously threatened by the expansion of agriculture. Just 10% of the primary forest survives in Paraguay. Most of this forest is located in areas too small to survive.

“The Atlantic Forest is one of the most altered ecosystems in Latin America,” said Ruth Tiffer-Sotomayor, senior environmental specialist at the World Bank. “It is a forest full of native species, a forest of enormous trees and the heart of large rivers. Due to its precious woods, the high demand for agricultural land, timber and its location mainly in the plains, it has been heavily logged and divided up.”

Additionally, the forest is one of seven biological hotspots –areas with a high level of biodiversity – existing in Latin America, of a total of 35 worldwide. Each of these hotspots is home to more than 1,500 native plants, in addition to abundant fauna.

Latin America is also the region with the largest percentage of forests in the world (46.4%, according to 2015 FAO data).

These woodlands are threatened by deforestation. Just a fifth of all primary forests remain. According to World Bank Development Indicators, Latin America has the second-highest deforestation rates in the world, despite a decrease over the past decade. What is being done to stop this trend?

Paraguay, for example, enacted an anti-deforestation law in 2004, which has reduced logging in the forests by 85% in just five years.

Corridors to save the forest

An innovative project, Paraguay Biodiversity, is working to reconnect the forest areas remaining to conserve the extensive biodiversity of the Atlantic Forest and to create the country’s largest biological corridor.

There are already green corridors linking more than 125,000 hectares with protected areas of the Atlantic Forest, which connect the landscape with private production reserves. The private reserves cover 65,619 hectares and are an important refuge for biodiversity.

This initiative is led by the ITAIPU Binacional Electric Company, owned by the governments of Paraguay and Brazil, which manages the world’s largest hydroelectric power plant. Given its dependence on the upper basin of the Parana River, its tributaries, rivers and headwaters in the area, the company has prioritized the Atlantic Forest as part of its environmental corporate responsibility.

“We are proud to have this opportunity to contribute to the planet and to interconnect areas of such an important forest so that the biodiversity can continue and can become a system of interconnections that truly preserve the Atlantic Forest of Alto Paraná” said Pedro Domaniczky, coordination director of ITAIPU Binacional and executive director of the Paraguay Biodiversity Project.

Protecting the forest also enables the environmental services that support the basin to be recovered, as well as the rivers and headwaters that the ITAIPU power plant depends on.

Achievements of the Paraguay Biodiversity Project are made possible through the coordinated efforts of the Environmental Secretariat, the Ministry of the Economy, the National Indigenous Institute, indigenous communities, smallholder and medium-holder farmers, NGOs, academics and producers’ associations, among others.

Thanks to these efforts, some 14,000 people living in 55 indigenous communities produce yerba mate and honey in an area of more than 125,000 hectares bordering the forest. These lands are now managed with sustainable practices.

“These activities promote the conservation of native flora but also support the lifestyles of the communities,” said Tiffer-Sotomayor.

A standing forest is worth more than its price in timber

The key to the success of initiatives like the one in Paraguay is to demonstrate that local communities do not need to engage in logging to benefit from the forest. Other examples of these initiatives in the region include:

These initiatives, along with that of Paraguay, form part of a continental effort to recover forests ravaged by logging and fragmentation. The goal is to increase resilience to climate change and to make the planet greener for everyone.