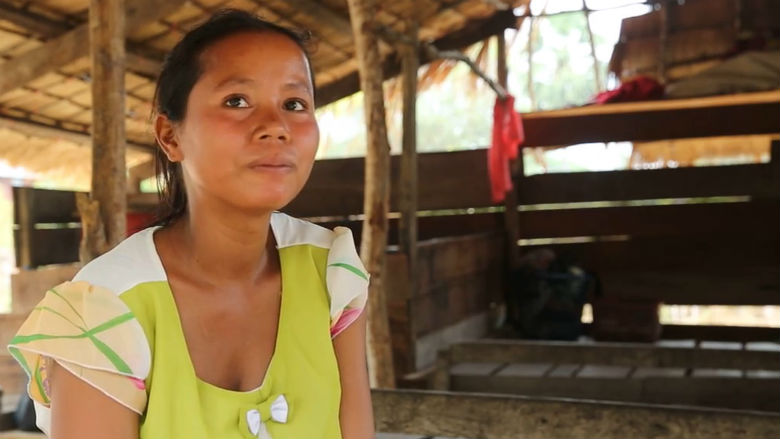 Tim Sokhoeun, 27, is seven and a half months pregnant and lives in Kvek village of Mourng commune, Siem Reap province. She is regularly monitoring her baby’s growth, and making sure that she and her son are getting enough nutrients.

“For my first baby, I didn’t get any pregnancy check-ups,” she says. “But for my second baby, since I took the training, I’ve been to the health center more than five times as I want to make sure that my baby and I are healthy.”

Child malnutrition in Cambodia is severe: 40% of children under 5 years old were stunted in 2013, and 21% of the poorest women did not receive antenatal care compared to 1.5% of women from the wealthiest quintile.

Through the Cambodia Cash Transfer pilot project, poor women and children are given cash transfers or cash bonuses when they attend health and nutrition community learning workshops or get antenatal and postnatal checkups at local health centers.

The project was implemented by National Committee for Sub-national Democratic Development Secretariat (NCDDS). Cash transfers were delivered by AMK, a microfinance institution, while health and nutrition trainings for project participants were administered by RACHA, a local NGO. It aims to increase the use of essential health services by pregnant women and children (0-5 years old).

Sa-Em realized that her poor living conditions were causing her children—a four-year-old daughter and one-year-old son—to get sick very often.

“Now my kids get less sick, and my mom and I stopped going to the field to defecate,” she says with a smile while standing next to her new toilet. In the long run, Sa-Em plans to have a concrete toilet when she has enough money.

After attending the workshops, 19-year-old Sem Chantha, a widow, changed the way she cares for her three-year-old son by giving him proper baths, cleaning her nails, washing their hands before eating, and taking him to the health center regularly to monitor his weight.

“I’m happy because my son is growing and is in good health,” she says while sitting next to her son in Kamping Poy village of Phnom Srok district,f Banteay Meanchey province. “Seeing a doctor is very important because we now know whether our kids are healthy or not. If his health is bad, we need to make more nutritious meals for him.”

Sa-Em, Sokhoeun, and Chantha are among the 1,500 households that benefited from the Cash Transfer project implemented by the NCDDS. It has benefited 1,945 children and 381 pregnant women in Srei Snam district of Siem Reap province and Phnom Srok district of Banteay Meanchey province in northwestern Cambodia between May 2015 and May 2016.

The head of the Phnom Srok Referral Hospital, Thom Sarim, noted that poor people’s visits to the hospital increased significantly since the Cash Transfer pilot project started. With support and encouragement from the project coordinators, women are seeking out services such as antenatal care, baby delivery, post-natal care, vaccination, and growth monitoring for babies.

In Sarim’s view, the project also benefited the health center, because when the hospital provides more services to the poor, it makes additional income, and this income is provided as an incentive package to his staff.

”For the poor, their health has improved. They can also use the cash from this project to improve their living conditions and to provide better meals for their kids,” he said.

A Kok Cha villager from Banteay Meanchey province, San Chandoeun, 33, confirms Sarim’s claim. “Since I have been receiving payments under the project, our family has had three meals per day. Before we had only one or two,” she said. 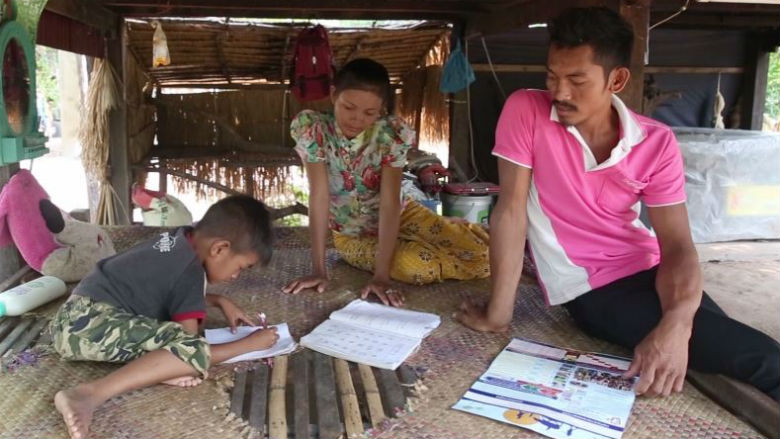