Public and Private Sector Team Up and Talk in Mogadishu 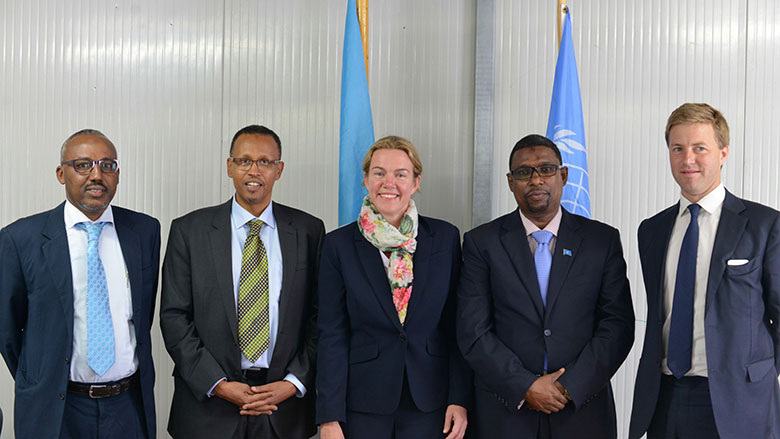 MOGADISHU, July 19, 2016 – The World Bank Group, along with international partners, recently supported the Government of Somalia to launch the country’s first Public-Private Dialogue (PPD) . The launch was the result of months of consultations and coordination between the Government, Chamber of Commerce and World Bank Group. The platform is a breakthrough tool in structuring the discussion between Somalia’s private sector and the Government, and it will benefit from the technical support of the development community. It also provides a unique opportunity to set benchmarks for inclusive partnerships between the government and private sector.

“I’m very happy to see so many faces here today. We should remind ourselves of how much we have achieved, and I’m happy that the government and the international community recognise our accomplishments.” said Nafiso Samatar, Director of the Somali Women Business Association.

Special Representative of the Secretary General of the United Nations (SRSG) Michael Keating said he was happy to speak at the event, reaffirming the goal of “practical partnership to boost job creation and stability.”

" The private sector is the backbone, the body, the blood of Somalia " 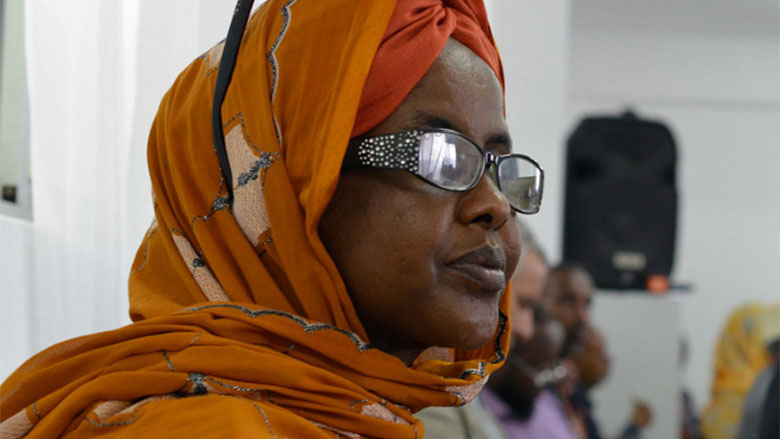 Private sector development (PSD) plays a crucial role in economic development and poverty alleviation. Somalia's entrepreneurial private sector community is one of the country's main assets and an important actor for sustainable development. In fragile states, however, private sector actors face major challenges, such as difficult access to finance, power and markets, poor infrastructure and a lack of transparency in the regulatory environment.

In an effort to collectively address these issues, the PPD convened with private and public sector actors to assess and prioritize issues and ultimately to achieve positive, sustainable results. The launch is the first step in this process to build consensus on prioritized issues, and to build trust between the public and the private sector. Abdullahi Hamud from Federal Governemnt of Somalia (FGS) agreed, stating that “businesses and government have always conversed, but [that] the PPD will give more structure to the dialogue.”

After the launch of the PPD platform, the World Bank Group facilitated a technical discussion between representatives from the FGS, Federal Member States and the private sector. The discussion notably focused on coordination of the PPD platform, strategic sectors to prioritize and key constraints to address in developing a conducive business environment in Somalia.

During the event, participants took to Twitter to express their thoughts. Using the hashtag #PPDSomalia, people tweeted positive remarks about the event.

Many of the Twitter users emphasised the need for trust between the sectors. Local businessman Abdulkadir Ali Gaab tweeted “dialogue is the only way that people can trust each other, whether [it] is political or economic.” Fred Zake, World Bank Group senior private sector specialist, tweeted “PPD platforms build trust between public and private sectors to achieve sustainable outcomes.”

Other users were vocal about what they prioritized. One user  focused on a regulatory systems for exporting livestock, whereas Puntland representatives suggested  to expanding the PPD initiative to the Federal States. Nafiso Samatar highlighted the role of women: “we need to communicate with each other so women can take part in rebuilding Somalia through entrepreneurship.”

H .E. Minister of Commerce and Industry, Abdirashid Mohamed Ahmed, ended the launch with ” The PPD platform we launch today will allow the private sector to further seize investment opportunities in Somalia.”