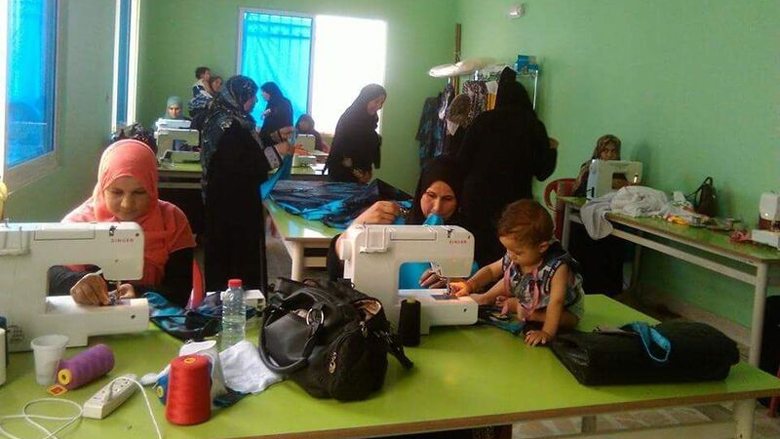 A new sewing workshop provided for by the ESSRP in Zaatari.

Humanitarian agencies have played a colossal role in providing food and protection for the hundreds of thousands of Syrian refugees who have found refuge in Jordan since the Syrian crisis began in 2011. However, the resulting increase in population has put enormous pressure on Jordan’s scarce resources and underfunded local services, demanding a longer-term approach to the crisis, too.

Fewer than 100,000 of the 630,000 Syrians who have entered Jordan as registered refugees live in camps; the rest live amid local communities in Jordanian towns and cities. Population pressure means gaps in public services have grown. In response, in 2013, the World Bank Group launched its Emergency Services and Social Resilience Program (ESSRP) to help municipalities and host communities cope.

“The program is one of the first to address the impact of Syria’s humanitarian crisis using a development approach that hands local Jordanian authorities the means to manage the effects the refugee influx is having on them, principally by providing them with a predictable source of financing,” according to Sima Kanaan, Lead Social Development Specialist and the project’s task team leader for the World Bank. “This makes it possible for local authorities to invest in services they identify with their communities as priorities.”

Acting on the premise that improvements in service delivery build public confidence in local government, the Bank’s program of fiscal transfers supports municipal services, reduces community tensions, and strengthens local resilience and adaptability. Twenty municipalities have benefited from the project, each selected for the large number of refugees they host in proportion to the original size of their population.

The town of Zaatari has, for example, seen its population double from 5,000 to 10,000 since the Syrian crisis began, and the same applies to Al Mafraq, where it has doubled to 73,500. Both towns are located near Al-Zaatari refugee camp, the largest camp in Jordan. 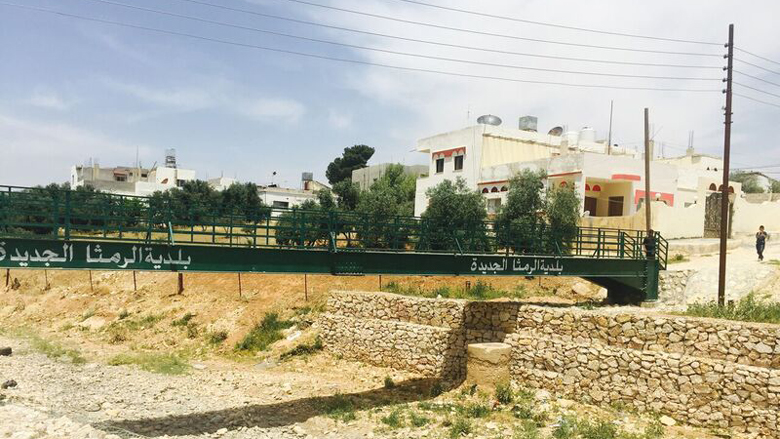 " So far, the ESSRP has reached more than 1.8 million Jordanians and about 200,000 Syrian refugees "

Jordan’s total population—of 9.5 million—is composed of 6.6 million citizens and 2.9 million non-citizens, more than 1.3 million of them Syrian. This rise has affected pressure on roads, solid waste management, housing, and supplies of water, energy, and jobs, which were already scarce.

Starting with a modest grant contribution of $10 million from the State and Peace Building Fund (SPF)— a Multi-Donor Trust Fund—the program has leveraged $66 million from the governments of Canada, the UK, Denmark, Sweden, and Switzerland. Its budget is likely to go up to $120 million, an estimate based on recent pledges.

During the first two years of the program, municipalities invested mostly in upgrading basic infrastructure, such as roads, sidewalks, water drainage systems, and box culverts. They had to expand to cope with the doubling in volume of garbage or solid waste, a hazard to health and the environment.

Over time, municipalities have directed more of their investments toward projects chosen by their communities. Of a total of 328 funded sub-projects, investments in social and economic projects have increased from 5.7% to 10% to include the rehabilitation of parks, children’s playgrounds and soccer fields; the building or rehabilitation of multi-purpose town-halls and community centers; and building or rehabilitating spaces used by the community for skills training and/or for businesses that generate jobs for the local population.

Projects have also invested in low energy lights to improve security on the streets and at the same time reduce municipal electricity bills, as well as installing solar panels as a cheaper source of energy. They have invested in constructing or rehabilitating spaces for markets and in holding community events, in skills training, and in supporting private businesses, creating jobs for women.

“So far, the ESSRP has reached more than 1.8 million Jordanians and about 200,000 Syrian refugees,” said Kanaan.

As most of the targeted communities are in areas that were already suffering from high poverty rates and very low levels of investment, the program is showing Jordanians that the donor community is paying attention to them by recognizing the hardships they, too, are facing as a result of the Syrian crisis.