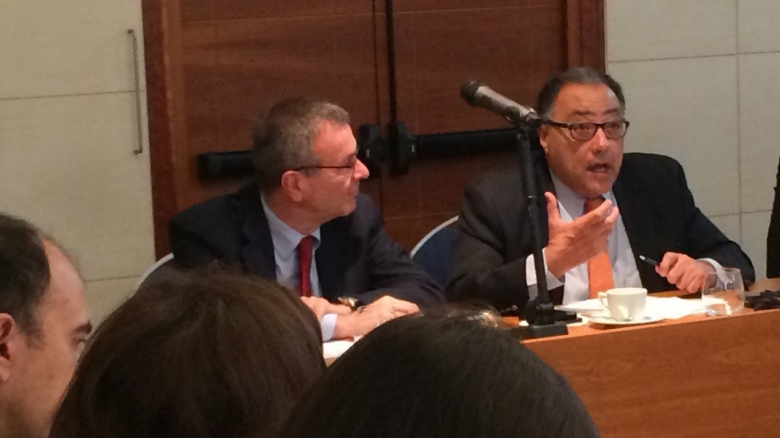 The World Bank’s Vice President for the Middle East and North Africa (MENA), Hafez Ghanem, met with key stakeholders in international development from Italy at a roundtable organized by the World Bank Rome office on June 17.

“The social contract built in the MENA region in the 50s and 60s is broken,” said Hafez Ghanem to an audience of representatives from NGOs, government institutions, think tanks, and the private sector. “The state used to provide jobs, fuel subsidies, free healthcare, and education, but now governments can no longer afford to be the main employer.” Ghanem described how, in the aftermath of the Arab Spring, this situation has nourished radicalization and grievances, and emphasized the need for a new social contract based on inclusion to address violent extremism at its roots. 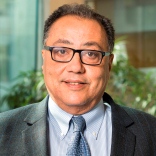 Renewing the social contract is the first pillar of the Bank’s strategy for the Middle East and North Africa set out by Ghanem, who focused also on the necessity of making the MENA region resilient to the shocks associated with refugees and migration, by starting with the education of children.

“There are more Syrian than Lebanese children living in Lebanon right now, forcing many schools to hold double-shifts of classes in the morning and afternoon to meet the demand,” said Ghanem, citing a recent World Bank report on the welfare of Syrian refugees. “And still, despite these efforts, about 200,000 Syrian children living in Lebanon are not going to school.”

The influx of refugees has put huge pressure on social services in the already fragile societies of Lebanon and Jordan. Recognizing their efforts to provide a global public good, the World Bank recently made an exceptional decision to allow Jordan and Lebanon access to concessional loans previously reserved only for the world’s poorest countries.

The New Financing Initiative to Support the MENA Region spearheaded by the Bank with the UN and Islamic Bank for Development, will expand the funding available for MENA countries struggling with slow growth and high youth unemployment as a result of instability, and also help prepare them for post-war reconstruction.

The Bank’s goal in the next five years is to raise $1 billion in funding and turn that into $3 to $4 billion in long-term, very low-interest financing. The European Commission and eight individual nations have pledged a package of more than $1 billion for the financing initiative, which will generate about $800 million in concessional loans for Jordan and Lebanon, as well as expanding financing for recovery and reconstruction across the region.

For example, the new initiative will help finance a World Bank project under preparation in Jordan that aims to contribute to creating employment opportunities for Jordanians and Syrian refugees by attracting international and domestic investments, reforming the country’s labor market, and granting access to the Syrian labor force to contribute to Jordan’s economic growth.

In light of the upcoming COP22 UN Climate Change conference in Marrakech in November 2017, the discussion in Rome touched on the region’s resilience to climate change and on boosting the region’s competitive advantage at producing renewable energy. Ghanem emphasized Italy’s contribution to the MENA energy sector, and the role that all European countries can play in opening up the market for imports of green energy from North Africa.

Ghanem was accompanied by the World Bank’s Representative for Libya, Marouane El Abassi, who updated the participants on the latest developments in its path toward stabilization. Ghanem concluded by reaffirming the important role of partnerships with the public and private sectors, and with sectors of civil society including think tanks, universities, and faith-based organizations.

He welcomed the opportunity to extend the Bank’s engagement with the Italian development cooperation community and draw on its experience because of its geographical proximity to MENA and its economic ties, rooted in Italy’s history in the region.

If you are interested in attending similar events in the future, please email us: italia@worldbankgroup.org