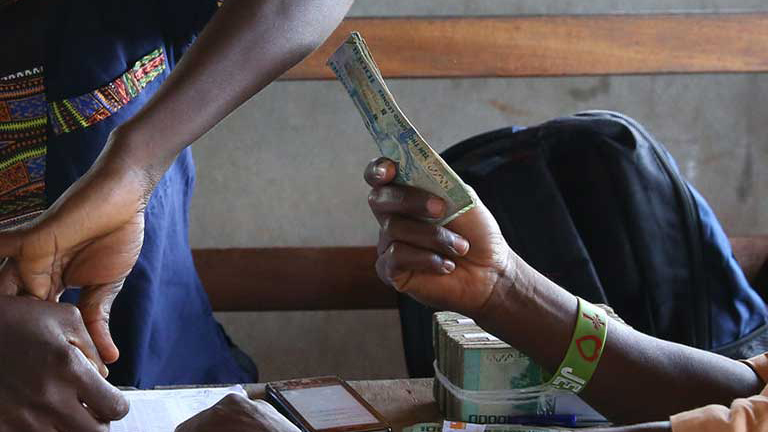 On the occasion of the International Day of Family Remittances, June 16, the World Bank, IFAD, WSBI and UNCDF, in their joint efforts to support Postal Operators in Africa to offer remittances and financial services, issue a call for the "improvement of partnerships between Post and Money Transfer Operators for better remittance services to rural Africa."

Officially recorded remittances to developing countries amounted to US$431.6 billion in 2015, with the African continent alone receiving an impressive US$65 billion. The level of remittance dependency for many African states remains extremely high. In four African countries (Liberia, The Gambia, Comoros and Lesotho) remittances comprise around 20% of their GDP, and in another 10 countries remittances are higher than 5% of GDP.

According to the World Bank, the global average cost of sending a US$200 USD remittance was 7.4% in the last quarter of 2015, and is slightly declining. However, Sub-Saharan Africa remains the most costly region in the world to send remittances to, with an average cost of 9.5% in 2015 and with the presence of many of the most expensive remittance corridors. In Western Africa for instance, costs in many south-south remittance corridors remain above 10%. The G20 called for a reduction of the global average to 5% and, more recently, the UN Sustainable Development Goals set 3% as the goal to be reached by 2030, also adding that in no corridor the cost should be higher than 5%.

Post offices often offer remittance services close to this price and in some cases already below the 5%.

In many African countries, a large part of remittances are paid by bank branches which are mainly present in urban agglomerations. This has higher cost implications for rural people in terms of travel, work time lost, risks and time required to collect their remittances. There are nearly as many post offices as bank branches in Africa. Since 80% of post offices operate in rural Africa, these two existing physical channels complement each other.

For hundreds of millions of Africans post offices play a crucial role in their daily lives. Besides offering traditional postal services, post offices are used for receiving or sending postal payments, remittances, paying bills, savings and insurance, among others. Post offices often enjoy a high level of trust, especially by the un(der)banked who tend to eschew banks.

Post office network: a great potential to be fully leveraged

Post offices have a distinct comparative advantage in the remittance market in Africa. Holding a vast network of branches that reaches remote towns and villages, they provide postal payments and other remittance services – and in several jurisdictions, also banking services – for rural Africans. For this reason, post offices deserve a renewed approach which accounts for their comparative advantage. By investing in upgrading rural post offices, MTOs could expand their delivery network for remittances in rural Africa.

A change towards a more inclusive business model based on sustainable partnerships between MTOs and post offices could widely increase and modernize the network of pay-out and pay-in locations for MTOs in complement to their postal payment services in rural Africa. Through a more balanced sharing of gains and pains with postal partners on the ground, the business could grow faster and to the mutual benefit of MTOs, postal operators, and especially remittance senders and their families. The partnerships between MTOs and posts could be optimized through the modernization of the networks, the sponsoring of vocational training of staff, and designing a specific set of fees and costs.

The African Postal Financial Services Initiative (APFSI), a programme implemented by a consortium comprising leading international development institutions, can greatly facilitate collaboration between MTOs and Posts making it stronger than ever. The initiative aims to improve the delivery of and remittances through post offices in Africa.

As providers of remittance services, the Post should also contribute to the implementation of the General Principles. The APFSI initiative has elaborated the following suggestions on how Posts could do that when partnering with a MTO.

Remittance senders and receivers should be informed about the condition of the service and all the component of the cost, including the fee, exchange rate applied to the transaction, any other commission that will apply, any tax or other charge.

The partnership between MTO and Post should put both in the position to provide all the necessary information to their customers. Price and conditions should be published at the service location and disclosed to the customer ahead of performing the transaction, as well as with a written receipt after the transaction is completed. This implies that the MTO, who would typically be setting these variables and updating them constantly, provides the Post with direct access to them, so tellers can provide the customers with the relevant information.

The contract between MTO and Post should also specify how complaints will be handled, including provisions that can accommodate the needs of recipients with limited financial literacy, and what dispute resolution mechanism can be used, whether there is a money back guarantee in case of defective execution. The contract should also provide for deadlines for responding to investigation requests of the receiving post office in case of a problem.

Agreements with MTOs should not prevent the Post from fully exploiting the existing payment system infrastructure to deliver remittances. On the contrary, this should be encouraged to the extent possible.

Improvements in transaction infrastructures, including ATMs and POS terminals can be achieved through the adoption of internationally agreed standards for instruments, the adoption of common equipment and software standards to allow interoperability at point of sale among competing networks and facilitation of interconnectivity among the proprietary networks for handling transactions. Greater automation may be able to reduce costs and provide improved services to users.

The safety and efficiency of cross-border remittances may be further improved by the coordination and/or adoption across the relevant payment systems of, for example, communication standards and payment message formats that facilitate greater interoperability as well as rules, procedures and operating hours that support straight through processing.

Remittance services should be supported by a sound, predictable, non-discriminatory and proportionate legal and regulatory framework in relevant jurisdictions. As a provider of remittance service, the Post should bring any shortcoming in the laws and regulation to the attention of the regulators and keep an open dialogue with the relevant authorities to ensure compliance with the law.

In some cases, the industry may develop codes of conduct or self-regulatory regimes that are as effective – or possibly more effective – than formal regulation. In these cases, the Post should be actively involved in these efforts.

As a national network for delivery of postal and financial services, the Post should be mindful of the potentially negative impact of exclusivity agreements on competition in the market for remittance services. In fact, by signing a contract that prevents it from offering competing services indefinitely, the Post may be restricting the range of options that the population have access to. This is especially true for rural and remote areas, where the Post may be the only access point within reach.

In negotiating a contract, the value brought in by the Post should be fairly recognized. While the MTOs would generally provide technology, training, and an international network of agents, the Post would likely be making available to the MTO one of the largest distribution networks within the country. From this position of strength, the Post should demand that the partnership is equal and the MTO contributes to it including by providing: (i) adequate support to meet specific technology requirements imposed by the MTO, (ii) training for the Post’s staff, (iii) funding for any investment and warrant of a fair return within a reasonable amount of time, (iv) fair compensation on the basis of market practices for any marketing or advertising the Post may be required to implement within the contract terms.

The Post should implement appropriate governance and risk management practices and, by the same token, take the necessary partner due diligence measure to ensure appropriate practices are adopted by the MTO it intends to partner with. This can significantly improve the safety and soundness of remittance services provided by the population and reduce the risk of incidents, whose occurrence would also undermine customer trust.

As is the case for the payments industry generally, the remittance industry faces legal, financial, operational, fraud and reputational risks. In establishing risk control measures, RSPs should conduct risk level assessments to ensure that proposed risk control measures are appropriate to the level of the risks and the size of the business generally. In doing so, they should as far as possible take appropriate steps to protect themselves and their customers against risks arising from their operations in different jurisdictions, in particular in those with shortcomings in their legal and regulatory framework.