Another Boost to Global Action against Corruption 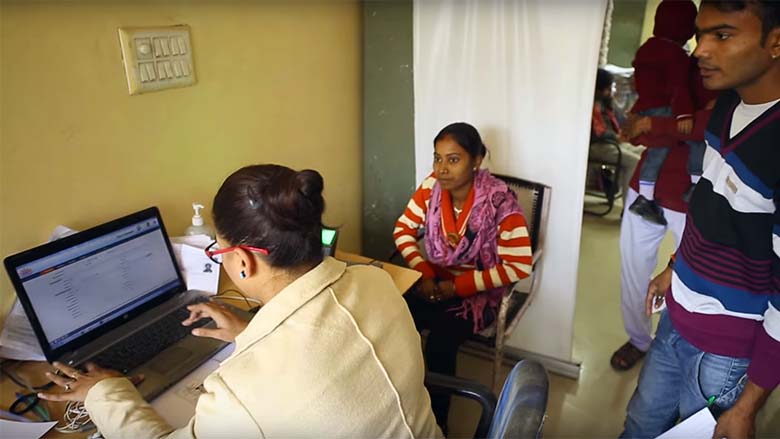 Another Boost to Global Action against Corruption

This week the World Bank Group is participating in the International Anti-Corruption Practitioner Conference.  With a focus on strengthening international cooperation and action against corruption, conference sessions cover a range of priority themes including risk prevention and compliance tools as well as mechanisms of collective action and multilateral cooperation to strengthen governance practices while enhancing the rule of law.

Drawing on the experience of members the World Bank International Corruption Hunters Alliance (ICHA), the conference is expected to generate new opportunities for engagement with some ICHA members from Africa, Europe and Central Asia to promote information exchange and innovative tools in addressing global challenges such as illicit financial flows, tax evasion, and asset recovery among others.

The World Bank Group has stepped up its efforts to engage with governments, private sector and citizens in managing integrity and governance-related risks with an emphasis on strengthening systems, promoting transparency and a clearly-defined accountability standard as well as mechanisms for reporting fraud and corruption.

Recently, a number of World Bank programs have been designed to support clients in building systems for asset disclosure by public officials and to protect against money laundering. These efforts to build transparency and accountability also aim to ensure that clean public officials and business are recognized, while corrupt and criminal ones are sanctioned.

The institution’s commitment to safeguarding its projects is high among its priorities.  The World Bank approach to fighting corruption combines a proactive policy of anticipating and avoiding risks in its own projects with a commitment to helping clients and stakeholders identify and combat corruption at national and international levels. Relying on the investigative, forensic   and preventive work of its Integrity Vice-Presidency (INT), in 2015, the World Bank debarred 73 firms and individuals while preventing about $138 million from being awarded to companies that had engaged in misconduct. Debarments are part of a robust administrative sanctions system that excludes proven wrongdoers from projects but is carefully designed to ensure that accused parties are treated fairly and given the opportunity to mount a defense.

INT’s Integrity Compliance Office also works with sanctioned companies – about 50 in 2015 -to improve their compliance standards.

Through the work of its Governance Global Practice at the project level, the World Bank subjects all potential projects to rigorous scrutiny regarding possible corruption risks, and works with the client to reduce the risks that have been identified. Public compliant mechanisms are built into projects in order to encourage and empower oversight, and projects are actively supervised during implementation. Recent efforts to enhance oversight and supervision have included a move to 100% beneficiary feedback for all projects where specific beneficiaries can be identified, and the use of modern information technology to allow for enhanced monitoring.

The Financial Market Integrity unit within the Finance and Markets Global Practice has been assisting countries in all regions of the world since 2001 put in place robust Anti-Money Laundering (AML) systems. Solid legal AML frameworks and effective enforcement enable countries to investigate and go after all crimes that generate proceeds, including corruption. More recently this work also encompasses advice on the setting up and implementation of systems for income and asset disclosure by public officials.

Nigeria – The country was the first African government to join the Extractive Industries Transparency Initiative (EITI), and one of the first steps it took was a comprehensive audit of the oil sector value chain to verify that all payments were correct and settled. The audit revealed $9.8 billion in outstanding recoverable revenues from 1999 to 2008, including an estimated $4.7 billion owed by the state-owned Nigerian National Petroleum Corporation (NNPC). As a result of the audit, at least $2.4 billion of the lost revenue was recovered.

Philippines -- Supervision of work in a rural infrastructure project improved through the use of geo-spatial tracking and by uploading of pictures of work in progress throughout the project. The Government of the Philippines was so impressed by this approach to monitoring that they have taken steps to include such technology in their future work.

India - some of the country’s largest social welfare programs suffered because of ineligible beneficiaries receiving payments and officials taking a cut of or delaying payments meant for the poor. Now the government has distributed smartcards based on the country’s biometric identification system to 19 million villagers in connection with the $5.5 billion National Rural Employment Guarantee Scheme. This reduces the chances for misconduct and gets money faster to the people who need it most.

Dominican Republic -  Here public officials, civil society the private sector and other committed citizens formed the Participatory Anti-Corruption Initiative, a forum which gives thought leaders a unique opportunity to tackle corruption and take on powerful interest groups in many areas, including medicine and procurement. By 2014, reforms in this area had lowered drug prices, improved medication quality and reduced public spending by 64%.