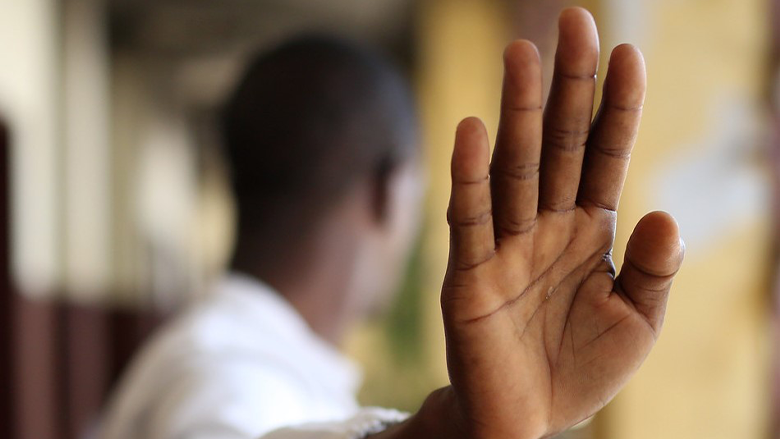 Call for Papers: Data Analytics for Anticorruption in Public Administration

The World Bank Group considers corruption a major challenge to its twin goals of ending extreme poverty by 2030 and boosting shared prosperity for the poorest 40 percent of people in developing countries.

Corruption has a disproportionate impact on the poor and most vulnerable, increasing costs and reducing access to services, including health, education and justice. Corruption in the procurement of drugs and medical equipment drives up costs and can lead to sub-standard or harmful products. The human costs of counterfeit drugs and vaccinations on health outcomes and the life-long impacts on children far exceed the financial costs. Unofficial payments for services can have a particularly pernicious effect on poor people.

Empirical studies have shown that the poor pay the highest percentage of their income in bribes. Some studies have suggested that the poor may even be preyed upon since they are seen as powerless to complain. Every stolen or misdirected dollar, euro, peso, yuan, rupee, or ruble robs the poor of an equal opportunity in life and prevents governments from investing in their human capital.

Corruption erodes trust in government and undermines the social contract. This is cause for concern across the globe, but particularly in contexts of fragility and violence, as corruption fuels and perpetuates the inequalities and discontent that lead to fragility, violent extremism, and conflict.

The World Bank Group recognizes that corruption comes in different forms. It might impact service delivery, such as when an official asks for bribes to perform routine services. Corruption might unfairly determine the winners of government contracts, with awards favoring friends, relatives, or business associates of government officials. Or it might come in the form of state capture, distorting how institutions work and who controls them, a form of corruption that is often the costliest in terms of overall economic impact. Each type of corruption is important and tackling all of them is critical to achieving progress and sustainable change.

Making inroads against corruption often requires determined efforts to overcome vested interests. Transparency and open governance are typically part of the story, but rarely the whole story. When popular disaffection with corruption and cronyism reaches a boiling point, the political rewards to addressing corruption can exceed the costs of upsetting interests.

Short of sweeping reform efforts, progress can be achieved through better and more open processes, professional accountability systems, and the use of the latest advanced technologies to capture, analyze, and share data to prevent, detect, and deter corrupt behavior.

Much of the world's costliest forms of corruption could not happen without institutions in wealthy nations: the private sector firms that give large bribes, the financial institutions that accept corrupt proceeds, and the lawyers, bankers, and accountants who facilitate corrupt transactions. Data on international financial flows shows that money is moving from poor to wealthy countries in ways that fundamentally undermine development.

Corruption is a global problem that requires global solutions. The World Bank Group has been working to mitigate the pernicious effects of corruption in its client countries for more than 20 years.

The Bank Group works at the country, regional, and global levels to help build capable, transparent, and accountable institutions and design and implement anticorruption programs relying on the latest discourse and innovations. The World Bank Group’s work revolves around sustainability and changing outcomes by helping both state and non-state actors establish the competencies needed to implement policies and practices that improve results and strengthen public integrity.

Additionally, the World Bank Group works with the public and private sectors as well as civil society to support efforts to prevent corruption, improve remedies to address wrongdoing when it occurs as well as work towards improving behaviors, norms, and standards needed to sustain anticorruption efforts.

The World Bank Group has included Governance and Institutions as a theme in IDA19 – its Fund for the Poorest Countries – in order to focus global attention on the issue.

The World Bank Group's approach to fighting corruption combines a proactive policy of anticipating and managing risks in its own projects. The Bank Group subjects all potential projects to rigorous scrutiny and works with clients to reduce possible corruption risks that have been identified. The Bank Group’s independent Sanctions System includes the Integrity Vice Presidency, which is responsible for investigating allegations of fraud and corruption in World Bank-funded projects. Public complaint mechanisms are built into projects to encourage and empower oversight, and projects are actively supervised during implementation.

When allegations of fraud and corruption are substantiated, companies involved in misconduct are debarred from engaging in any new World Bank Group-financed activity. Concerned governments receive the findings of World Bank Group investigations. To date, the World Bank Group has publicly debarred or otherwise sanctioned more than 1,000 firms and individuals.

In fiscal year 2020, the World Bank Group debarred or otherwise sanctioned 49 firms and individuals and recognized 72 cross-debarments from other multilateral development banks.  At the end of fiscal year 2020, 372 entities have been sanctioned with conditional release, a process by which firms are afforded the opportunity to improve their internal compliance programs as part of their sanction.

When approaching anticorruption at the country level, it is important to put in place institutional systems and incentives to prevent corruption from occurring in the first place. Prevention also calls for credible deterrence, relying on accountability and enforcement mechanisms sufficiently strong to send a message to potential wrongdoers of the potential cost of their misconduct. At the same time, we must recognize that the local political and social context influences both the level of corruption and the reform approaches likely to meet with success or failure.

The World Bank has recently launched a set of Anticorruption Initiatives to reaffirm its commitment to helping countries address corruption, addressing changes in globalization, technology, social science, and other factors. The Anticorruption Initiatives broaden the Bank’s focus beyond developing countries to also include financial centers, take on the politics of corruption more openly than before, harness new technologies to understand, address, and prevent corruption, and integrate the insights of behavioral social science.

COVID-19 pandemic has resulted in large scale emergency spending by governments, sometimes without adhering to the regular checks and balances. While speed is understandable, without proper controls it exposes governments to a variety of corruption risks that may undermine the effectiveness of their responses. The strains placed on the public sector in responding to the current situation present enormous opportunities for corruption to flourish. Corruption can lead to the theft, wastage, and misuse of scarce resources.  It can also entrench elite privilege and inequality, undermining institutions of accountability with lasting consequences.  A full description of the risks and the Bank’s policy advice to counteract them are set out in a policy note: ‘Ensuring Integrity in the Government’s Response to COVID-19’, part of a series of policy notes to assist governments in improving governance during the COVID-19 crisis.

As countries embark on a road to a more resilient and inclusive economy, policy makers face the challenge of reactivating the economy in the context of huge fiscal stress compounded by the accumulation of large amounts of debt. Prudent use of scarce resources in a transparent manner is critical. This presents an opportunity to build a clean, accountable and transparent government by introducing highest standards of integrity through plugging entry points that allow corruption to flourish. In the context of tight fiscal space over the coming years it is even more important than before to spend the billions of dollars lost to corruption on reviving the economy and ensuring that the poor and vulnerable groups who suffer disproportionately due to corruption are protected.

Afghanistan is making inroads to root out corruption, improve the management of its public finance, and make its procurement system more transparent. The country’s National Procurement Authority (NPA) was instrumental in developing a transparent procurement system. The early data and information on procurement processes is accessible to everyone on the NPA website. Robust oversight and monitoring have helped the government save about $270 million.

In Brazil, the World Bank helped develop an Artificial Intelligence System that identifies 225 red-flags of potential fraud in public procurement processes and can help improve expenditures. The system has, so far, led to the identification of hundreds of high-risk cases, firms with high likelihood of being shell companies, linked firms competing against each other, public servants working at the same governmental agency that has executed the contract, among others.

In Kenya, a World Bank judicial project helped establish an advanced data analytics system which is being used to monitor performance of courts, judges, and court personnel. Operating as part of an explicit anticorruption effort, the performance management system is being used in combination with surveys of court users to identify and address corruption risks.

In Mongolia, the World Bank supported the government’s efforts to support open budgets, including the publication of user-friendly Citizen’s Budgets, updating the online portals for accessing expenditure information, and others.

In Serbia, the Bank is helping build a participatory platform to convene stakeholders and identify and follow up on specific actions in order to improve transparency, integrity and good governance to support inclusive growth.

In Somalia, the World Bank in collaboration with the IMF and other partners has supported the creation of a joint Somalia Government - international donor advisory group that has been reviewing all substantial government contracts that have not been appropriately awarded, leading to those contracts being halted and reset. In one case, the restructuring and competitive tendering of the largest goods contracts that the state had - for military food supplies – saved over 40%.

In Ukraine, the World Bank worked with other partners to promote the creation of a specialized anticorruption court, and helped create a comprehensive electronic asset declaration system.

Helps countries identify possible source of illicit flows and how to address them through National Risk Assessments, completed or ongoing in over 100 countries.