Addressing the Health Care Needs of Cameroon’s Most Vulnerable Populations 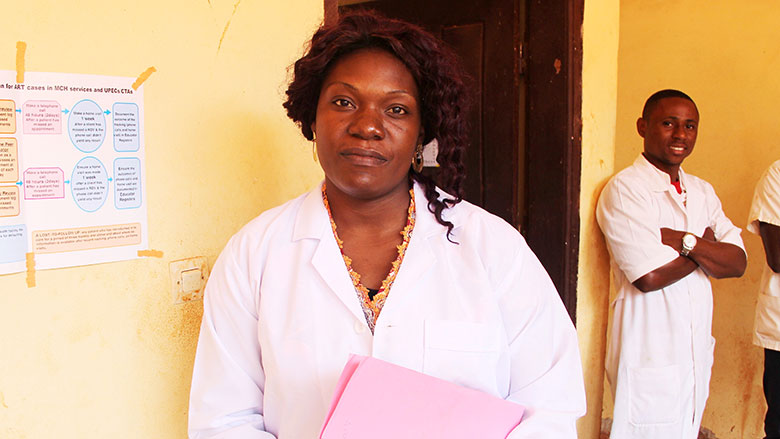 KAGNOL, May 9, 2016—Over the past several years, joint efforts on behalf on the Cameroonian government and international organizations have led to significant progress in combating malnutrition and maternal and infant mortality in Cameroon.  However, this progress masks sharp disparities between the regions in the south and those in the north, where close to 20% of children die before reaching their fifth birthday.

The northern and eastern regions of the country are home to a large number of refugees fleeing conflict in border areas and to most of Cameroon’s indigenous people, the majority of which are Baka. The social and health indicators amongst these extremely vulnerable populations are alarming.

Papa Simon, chief of the Baka camp in Petit Kagnol, located roughly 170 kilometers from Bertoua, lost his daughter only a short time ago.  She died in child birth at a hospital located a few dozen kilometers from the camp.

“My daughter started to have complications during her delivery and was in severe pain, but she did not want to be hospitalized.  Her husband and mother insisted on taking her to the health center, but she took advantage of a brief moment of inattention to flee and return to the village in the middle of the night,” explained Simon.  “We tried treating her with traditional medicines in vain.”

Simon and his family set off for the hospital again, but it was too late to save the mother and her baby.

Unfortunately Simon’s story resembles that of many others and very often, a woman, child, or elderly person succumbs to a health complication that went untreated due to a lack of access to healthcare services or a mistrust of it. In 2011, the World Bank Group launched a pilot program funded by the Health Sector Support Investment Project (PAISS) to tackle this pressing health challenge. The program, which seeks to improve health services, focuses on monitoring pregnant women, promoting vaccination, and teaching the basic rules of hygiene to prevent the contraction of diseases such as malaria, typhoid, and intestinal parasites.

The project has adopted a community based approach to health care, where the project’s health agents visit all the households in Kagnol twice a month to monitor health conditions and identify vulnerable members of the community.  In addition to raising awareness and encouraging preventative health measures, health agents are also able to accompany ailing or injured people to nearby health facilities so that the appropriate care can be administered as soon as possible.

Léonie Ndo Mvondo, head of the Kagnol health care center since 2012, noted that raising awareness among the Baka people regarding the importance of medical care and follow-up visits is one of the main concerns of the center. “The funds provided by this pilot program allowed us to implement a tailored health care policy for members of the Baka community living in our district. They do not pay for medication or hospitalization, and all medical procedures are provided free of charge,” she explained.

The financing of centers such as Kagnol is conditional on the results achieved. This approach, known as performance-based financing (PBF), encourages hospitals and health centers to enhance the efficiency of their services by providing a financial incentive to centers that perform strongly. In the case of Cameroon, this approach was implemented successfully in 26 health districts around the country, for which $25 million in World Bank funding was provided.

“This program allowed us to refurbish the health center. With the financing we received, we were able to build living quarters for the head of the center, buy hospital beds, restock the pharmacy, and upgrade the laboratory equipment. We also installed solar panels so we can have electricity at all hours of the day,” added an emotional Mvondo.

In 2014, the International Development Association (IDA) and the Health Results Innovation Trust Fund provided $40 million in additional funding ($20 million from each institution) to extend the project to the three northernmost regions of Cameroon. In early 2016, Cameroon decided to gradually scale up performance-based financing to the national level, beginning with the health districts in the northern regions.

“By promoting equitable access to basic health services, this approach will make it possible to provide better care to the country’s poorest and most vulnerable,” remarked Paul Jacob Robyn, Health Specialist in the World Bank’s Human Development Global Practice Group.

The World Bank Group’s Board of Executive Directors approved an additional project totaling $127 million to scale up this approach throughout the entire country on May 3, 2016. 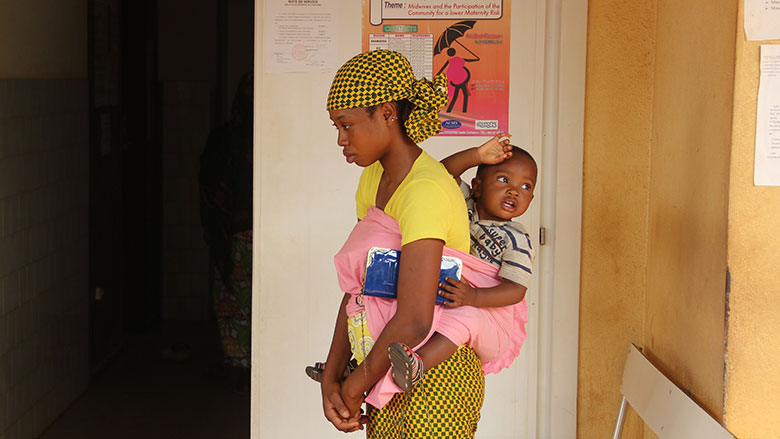