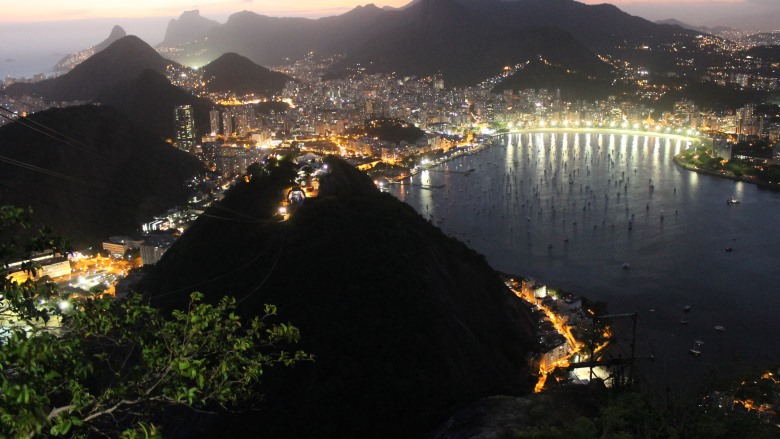 They are the powerhouses of countries’ economic and cultural activities, but the cities of the world are also major energy consumers: they consume two-thirds of global energy. They are also responsible for 70% of global greenhouse gas emissions.

In Latin America, nearly 80% of the population lives in urban areas, a figure that will undoubtedly rise. It is estimated that by 2045, urban dwellers will increase by 2 billion globally. In this scenario, it is essential to use energy more efficiently.

To measure the impact of the energy consumption of that growing urban population, the World Bank created an online tool to enable cities and their authorities to rapidly assess their energy use by sectors.

“It is a tool that rapidly assesses the energy consumption of cities,” says Janina Franco, senior energy specialist at the World Bank. It measures six sectors: municipal buildings, public and private transport systems, public lighting, solid waste management, water and electricity. In Latin America, the tool was applied in Belo Horizonte and Rio de Janeiro (Brazil); Bogota (Colombia); and Leon and Puebla (Mexico). Following this initial experience in the region, the tool was implemented in 30 additional municipalities in Mexico, with support from the Energy Ministry of that country.

The rapid assessment tool enables local governments to identify sectors that could provide opportunities for the municipality to use energy more efficiently, depending on the proportion of energy consumed in a sector, potential savings and the level of authority and control the municipality has over each sector.

The result of the measurement gives a clearer idea of which sectors could be strategic. “But to move forward also requires a feasibility study,” says Franco.

Results vary for the different urban areas, but in general, the following are sectors where cities can save energy:

In Bogota, for example, public and private transport systems consume 67% of energy. There are more than 1.5 million vehicles in the city, which has also pioneered rapid transit bus systems and developed an extensive network of bike lanes. The recommendations of the World Bank study include expanding those systems and networks to save energy.

Buildings are the largest consumers of electricity worldwide. However, an estimated 80% of the energy efficiency potential of buildings is not utilized.

Municipal buildings do not represent a large share of energy consumption, but they do play “an exemplary role,” says Janina Franco. Purchasing more efficient equipment can support the development of an industry that promotes energy efficiency, she says.

World Bank recommendations include improving building techniques and actively managing energy use. In Kiev (Ukraine), for example, some additions to public buildings reduced heating consumption by 26%.

In Leon, Mexico, the tool identified a potential savings of up to US$ 2 million annually in the city’s public lighting system. This could be achieved by checking the condition of existing infrastructure and investing in more efficient equipment that could generate the same amount of light with less energy consumption, for example.

Rio de Janeiro consumes 60% more energy for public lighting than does New York. A study found that if the public lighting in this city were replaced by LED lights (low-consumption light-emitting diode), annual savings could reach US$ 72 million and 110,000 tons of CO2 emissions.

Trash collectors in Leon had to travel approximately 80 kilometers to reach the dump. Their heavy loads increased fuel consumption. Private companies with short-term contracts are responsible for trash collection, which makes it difficult to establish optimal conditions for trash collection, increases energy consumption and hinders the compilation of exact information on the procedures involved.

Recommendations include exploring the possibility of making medium- or long-term contracts and building transfer stations closer to the city, where trash could be separated (for recyclables and compost, for example), which would reduce the long trips to the dump.

In developing countries, electricity accounts for 40% of the operating costs of water treatment plants, according to several studies. According to the tool assessment, Bogota has one of the most energy-efficient potable water systems in the region. The city also has one of the lowest rates of per capita daily water consumption compared with the other cities in the tool’s database.

While a Bogota resident consumes approximately 94 liters of water daily, a resident of Santiago de Chile or Vienna uses double that amount. Nevertheless, some 35% of Bogota’s water supply is lost through pipes in poor condition. Thus, to improve efficiency, the World Bank recommends implementing a program to identify and repair leaks in the system, among other measures.