In Gavar, Improving Health Care is a High Priority 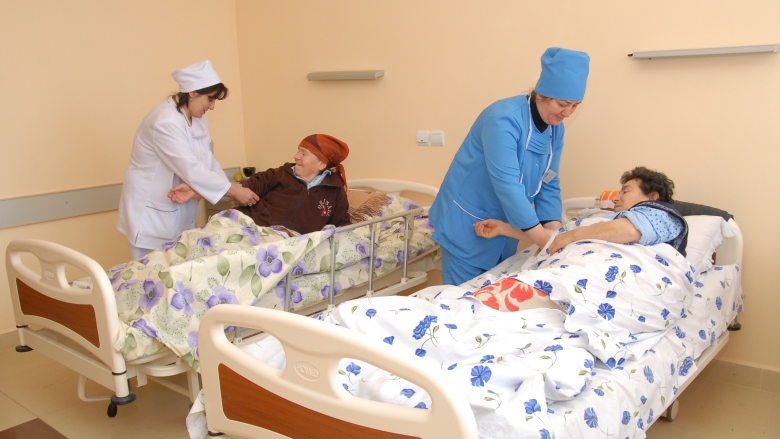 Patients getting treatment at the rehabilitated Gavar Medical Center of Armenia

A story about one of Armenia's fourteen Regional Medical Centers

Perched high up in Armenia’s Geghama mountain range, almost 2,000 meters above sea-level, the town of Gavar experiences weather conditions that exact a heavy toll on those who spend their lives amidst its rugged beauty. Sadly, cardiovascular and respiratory diseases are common among the town’s inhabitants.

In the past, Gavar benefitted from state-funded universal healthcare and had a large well-functioning hospital, but in the years following the end of the soviet era, the healthcare system started to decline and the hospital became seriously dilapidated.

The hospital building even went without heating during cold and extended winter periods, and running water became a distant memory. Supplies of the most basic of pharmaceutical drugs became scarce, while medical equipment began to resemble relics in a museum.

Driving along Gavar’s main street today, however, one passes a building once well-known as “the Birth Center” that now serves as the Regional Medical Center for the entire region of Gegharkunik and its populace of 240,000.

Gavar Medical Center – with its upgraded amenities, technology, equipment and highly qualified and re-trained medical staff – is one of the 14 regional centers that have been modernized throughout Armenia through a series of World Bank-financed Health Sector Modernization Projects launched in 2004 and completed in February 2016.

With World Bank support, the Government of Armenia took the approach of optimizing resources, without reducing the number of specialists, with a view to providing a full package of high quality medical services to people living outside the capital city of Yerevan.

“Buckets, everywhere countless buckets filled with water that’s what you would have seen, if you were delivering a baby years ago,” says Narine Melkonyan, an experienced local nurse. “Now mothers come to witness the drastic changes and the quality of service. I feel so proud and really empowered.”

In 2011, two hospitals in Gavar were merged into one, making it one of the most impressive regional centers in the country, successfully delivering quality healthcare services to the local population as well as to people in adjacent communities.

And, the center is increasingly winning the battle against maternal and child mortality. Doctor Azganush Hovhannisyan, an experienced obstetrician, points out that the re-trained medical staff can now follow women’s pregnancies from A to Z, supported with up-to-date equipment and high standards of hygiene. 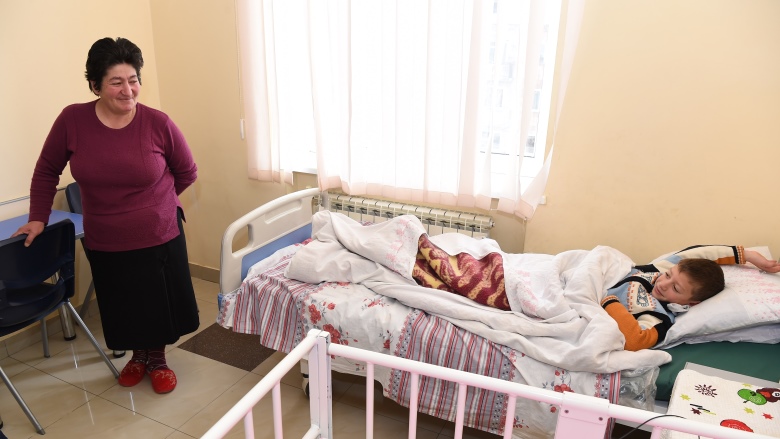 " We would have never come to the hospital, if not for all these changes, not with an overnight stay. Before this, we would either invite the doctor to our home, or we would take the person to the hospital for a checkup only. "

Gevorg, an 11-year-old boy, was recently admitted to the pediatric department with a severe case of food poisoning. While slowly recovering, he began to enjoy his stay in the hospital, watching TV in a room with an adjoining private bathroom. “We would have never come to the hospital, if not for all these changes, not with an overnight stay”, says Mrs. Emma, the boy’s grandmother. “Before this, we would either invite the doctor to our home, or we would take the person to the hospital for a checkup only.”

The center’s medical staff confirm that the number of visitors has gone up, which is all the more positive in a region that is heavily impacted by emigration. The statistics from the other medical centers tell a compelling story also. Hospitalization rates in each of the 14 centers have significantly increased – to about 50,000 visits per year on average, up from the previous rate of 30,000 visits per year. Across nine regions of Armenia, the services of the medical centers now benefit around two million people in total.

“Our Liana is the best!” exclaims Samvel Tsogolakyan in a very strong local dialect, as he rests on the center’s staircase while awaiting his radio scan results. Liana Afrikyan is the local radiologist. “There is nothing special in Yerevan,” Samvel says. “They give you the scan and send you home, while ‘Shushan’ explains in great detail your heart condition and how it has improved. And if you were to see the list of recommended drugs that we have in our hospital, would you want then to go anywhere else?”

For years, people had to make costly trips to the capital, but now Gavar’s medical center hosts patients from all communities and from all bordering regions. The dialysis department runs three shifts, with no spare bed available at any time of day or night. Many lives have been helped if not saved, while patients’ overall comfort has improved dramatically, especially for those who have to travel regularly to receive life-saving care.

“Maybe in Yerevan, soap opera actors are the main celebrities,” says a smiling Emma Ispiryan, Deputy Head of the medical center, as she tours the various departments. “Here, people want to know how we live and have 24/7 access to us. It’s very pleasing, but we are on a constant drive to live up to that expectation,” she stresses, as we reach the sanctum sanctorum – the surgical room. She gently opens the door to let us peep in, just to give us a sense of what she had been describing previously.

The center’s technology and equipment were significantly upgraded during its renovation, which resulted in a tripling of the number of surgeries – a trend that can be observed in all the medical centers throughout the country; over the past eight years, on average, the number of patients seeking surgical treatment had increased by about 2.5 times.

One of the most important impacts of the reforms is the retention and development of human capital. Doctor Stepan Qaroyan, a young but seasoned surgeon, had worked in the old hospital and in 2008 moved to Russia to work as a surgeon in one of its major hospitals.

After the center’s renovation, however, the doctor decided to return to his hometown to serve his community. His humble demeanor exudes poise and dignity as explains his only wish for next Christmas: that the center gets its own CAT scan, which would then help them provide heart surgery in Gavar! 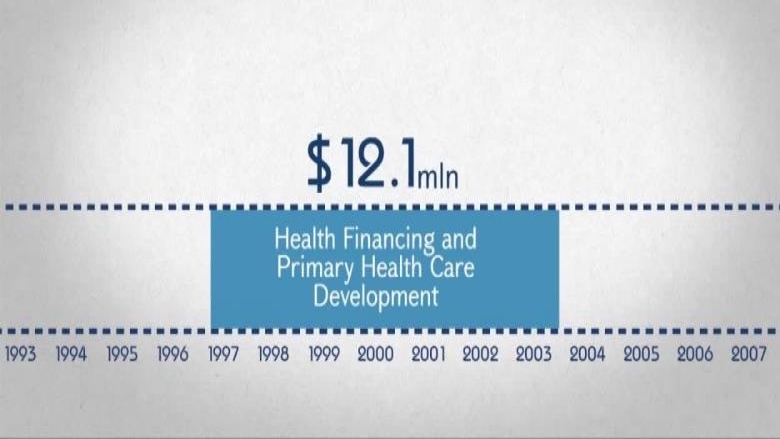