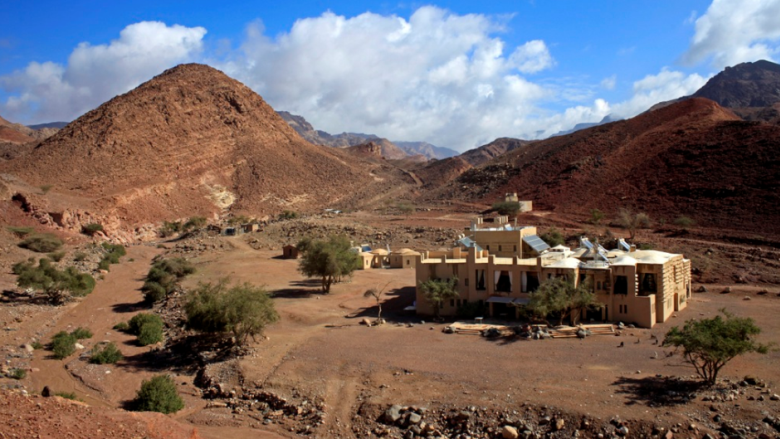 Many visitors to Jordan only ever see the Dead Sea shore or the hectic capital of Amman. However, the desert landscape known as the Badia, which comprises about 80% of the country, has diverse, fragile ecosystems, as well as unique archaeology and ancient history.

The Badia is home to Bedouin livestock breeders—many of them nomadic. They have maintained ancient traditions for centuries but settlement, drought, overgrazing and other factors are degrading their lands and putting their income from herding and agriculture in peril.

The World Bank and the Global Environment Facility are collaborating on a US$3.3 million grant to help the Jordanian government create opportunities for Badia families and make their livelihoods more resilient amid climate change. The government is focused on restoring ecosystems and improving people’s livelihoods in Mafraq and Ma’an, two impoverished governorates in north and south Badia, through the Badia Ecosystem and Livelihoods Project (BELP).

Past efforts to help have not always been sustainable.

“There were times when Badia communities were disappointed by outside support,” says Banu Setlur, Senior Environmental Specialist with the World Bank’s Environment and Natural Resources Global Practice. “So to regain trust, we established processes that empowered communities to participate in the project and partnered with organizations that the communities trusted and appreciated. Without community involvement, this project would never have gotten off the ground.”

Working with partners to revitalize the Badia

The Livelihoods Project partner National Center for Agriculture Research and Extension (NCARE) is establishing rangeland reserves and hafirs—reservoirs of rainwater primarily for animal drinking—in Ma’an. The hafirs will cut the distance herds of livestock have to travel and the costs associated with trucking water; the reserves will provide richer pastures for livestock. As a bonus, the project has mandated a “rest period” in the reserves to allow endemic species of flora, which had disappeared for 20 years, to re-emerge. Several biodiversity “hotspots” with plant species never seen before were also identified for special conservation at NCARE’s seed bank.

Another partner with a track record of sustainably engaging with communities—the  Hashemite Fund for the Development of the Jordan Badia (HFDJB)—paved the way for NCARE’s work by mobilizing target groups and seeking their agreement on decisions around terms for grazing and water use. Through the project, the HFDJB is also offering small grants to assist people with their livelihoods, education, and training.

There is a positive story brewing in north Badia, which has turned out to be something of a magnet for adventurous travelers wanting to walk in Lawrence of Arabia’s footsteps. Until the Arab Spring in 2011, tourism accounted for nearly 12.5% of Jordan’s GDP. That figure has dropped because of the instability in the region.

The Bank is supporting ecotourism by working with the Royal Society for the Conservation of Nature (RSCN)—a regional leader in community-based ecotourism—to establish an ecotourism corridor in Mafraq that is already attracting other donors. The project will expand ecotourism by building on RSCN’s Al Azraq wetlands reserve and the Shaumari wildlife reserve. Tourists will experience Bedouin culture, as well as attractions such as limestone formations, sites with Safaitic inscriptions and petroglyphs, and ancient castles. The concept of high-value, low-volume ecotourism minimizes environmental impact and maximizes economic returns for local communities, such as the Ar Ruwaished community.

Supporting women of the Badia

The project is also opening up opportunities for women, through training and grants that equip women with skills to work outside their homes and earn incomes.

Grants from the Hashemite Fund (above) are helping at least eight community cooperatives pursue alternative livelihoods, while they try to reduce their dependence on natural resources. Already, one of the first women-run cooperatives in Al-Jafr district in Ma’an has been established, and more than 300 women have been trained in making jewelry, ceramics, and souvenirs, as well as other marketing and artisanal work.

Bank support has helped the HFDJB achieve its goal of establishing a rangelands’ school.  According to Her Highness Sharifa Zein Alsharaf bint Nasser, Chairperson of the Board of Trustees of the HFDJB, “The virtual range school is the first of its kind in Jordan that targets all members of the Badia community, including women and youth, to create a generation aware that its natural resources must be preserved and developed to benefit generations that follow.”

The rangeland school’s curriculum has been developed in coordination with the U.S. Department of Agriculture, and combines traditional knowledge and community experience with the science of rangeland management. Graduates will become pioneer rangers in their communities, knowledgeable in rangeland species and how to manage them. “The response from the communities has been tremendous, and they are asking for additional training,” said the Bank’s Setlur.

With community grazing and rangeland agreements now covering 3,000 hectares in Ma’an, and ecotourism poised to make a positive impact in Mafraq, these approaches can eventually be scaled-up across the Badia.

Already some 25 cooperatives comprising almost 1,500 members in south Badia, half of them women, have benefited from training in strategic planning, marketing, and how to prepare feasibility studies. By reaching beyond these two governorates, the project could open doors for other communities across the Badia, transforming deserts from wastelands into ecosystems filled with opportunity.