LAKE VICTORIA, February 29, 2016 – When an English explorer stumbled upon Lake Victoria in the middle of the 19th century, the lake’s 38,000 mile-long shoreline was pristine - broken by small, shallow bays, inlets and wetlands.

Today, the lake and its resources fuel the economies of Kenya, Tanzania and Uganda. The lake and its catchment provide 90 percent of Uganda’s hydropower, hydropower for Burundi and Rwanda, and water supply for major urban centers like Kampala, Kigali, Mwanza, and Kisumu. Its fisheries support more than 3 million livelihoods and bring in $500 million in revenues annually. Tourists are drawn to iconic parks like Serengeti and Volcanoes, situated in the mountains, forests and savannas of the Basin.

The vast, calm waters of Lake Victoria belie the challenges facing the lake. Floating, green mats of waxy leaves with purple blossoms periodically cover large areas. Although picturesque, this water hyacinth that deprives the waters below of oxygen and creates numerous hazards for local residents. Around the lake, the loss of forest cover and erosion of soils has had chronic impacts on productivity. Wetlands have been drained for construction and agriculture. Dry hills are dotted by gullies that destroy agricultural land and property. There is constant flow of sediment and pollutants into the basin’s rivers, disrupting aquatic ecosystems.

The upper basin supports a dense rural population, particularly in Burundi, Rwanda, and the Kenya highlands. Several large towns have mushroomed in the region of the Lakeshore due to their access to Lake transport and fisheries. In total, the Basin houses around a third of the total population of East Africa, and a similar proportion of those living on less than $1.25/day. Environmental degradation is posing a threat to not just livelihoods but to the very existence of the inhabitants of the Basin whose lives are inextricably linked to the Lake.

"The challenges around the lake are more than just environmental – they are about people’s food security, employment, and simply lack of hope for a better future,’’ said Telly Eugene Muramira, Deputy Executive Secretary, Programmes and Projects, Lake Victoria Basin Commission.

More than 10 years ago, the World Bank began working on a regional initiative called the Lake Victoria Environmental Management Program (LVEMP) implemented by the East African Community (EAC) partner states and its Member States, Burundi, Kenya, Rwanda, Tanzania and Uganda. In its second phase now, the project aims to tackle the environmental challenges of the Lake Victoria Basin over the long-term but also improve the welfare of millions of inhabitants that depend on its resources.

People as key to solutions

While the project aims to protect local ecosystems, it achieves this through working with communities. There are over 600 Community Driven Development (CDD) projects that support environment-friendly livelihoods – stall feeding to reduce dependence on grazing, fish farming to reduce pressure on Lake Victoria wild fisheries, using biogas to lower their dependence on fuel wood. More than 200,000 people’s lives are touched by these projects.

"There cannot be effective environmental management without improving the livelihoods of millions of people who live and work in the catchment. All environmental interventions are underlined by broader goals of poverty reduction and sustainable growth,’’ said Magda Lovei, Practice Manager, Environment and Natural Resources, Global Practice. 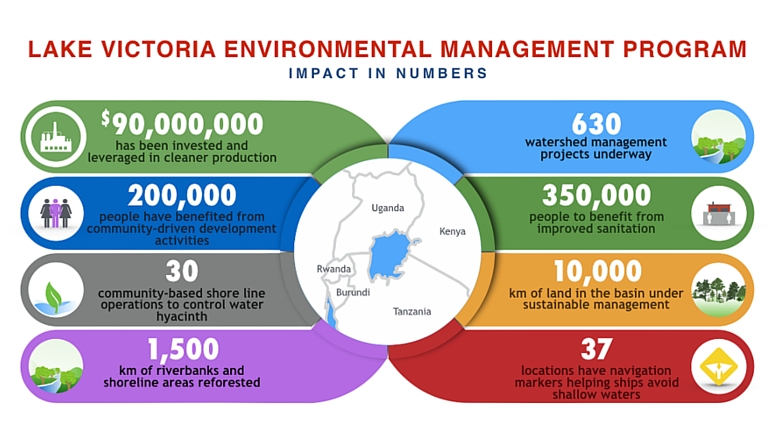 World Bank
" There cannot be effective environmental management without improving the livelihoods of millions of people who live and work in the catchment. All environmental interventions are underlined by broader goals of poverty reduction and sustainable growth " 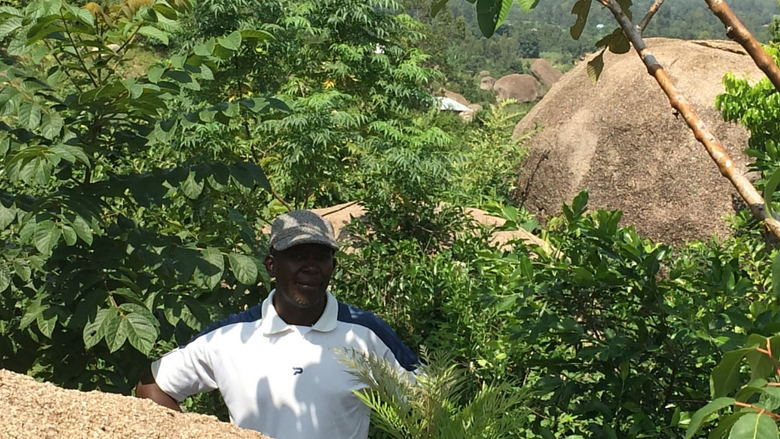 CDDs make communities active partners in the project. Communities propose development interventions based on their own priorities. The government transfers resources to the community who take full charge of implementing their proposals. CDDs also achieve watershed management through sustainable land management practices, rehabilitation of wetlands and land around rivers to reduce erosion and sedimentation of the lake. Here are some examples:

Co-management Initiatives (CMIs) where the community works with the project teams on larger environmental management projects, also support watershed management. Kajulu Hills restoration is an example of such work. Just over 10 miles from Kisumu, a bustling city-center on the shores of the lake in Kenya, is today dotted with verdant green of eucalyptus, bamboo and other indigenous species of trees. Three years ago, there were bare outcrops with brown soil draining into Lake Victoria.

The hills play a critical role in maintaining the environmental health of the lake–streams originate from the hills that join to form rivers draining into Lake Victoria. These streams are an important source of water for the Kisumu city and supports agriculture. Nearly 145 hectares of the Hill has been rehabilitated with the Kenya Forest Service and the community.

"These interventions yield more productive and resilient landscapes for people living within vulnerable catchments. Downstream, they regulate the flow of water, and reduce sediment and nutrients that feed the algae and hyacinth responsible for depriving the lake of oxygen,’’ said Stephen Ling, Task Team Leader, LVEMP, World Bank.

Some of the other activities under LVEMP include monitoring and control of water hyacinth, harmonizing management policies for fisheries and water resources, improving navigation safety on the lake, rehabilitation, sanitation and wastewater treatment facilities, and working with private companies to reduce industrial pollution. The program is coming towards the end of its second phase now, and exploring ways to scale-up impacts in future, in coordination with World Bank investments in transport on and around Lake Victoria. 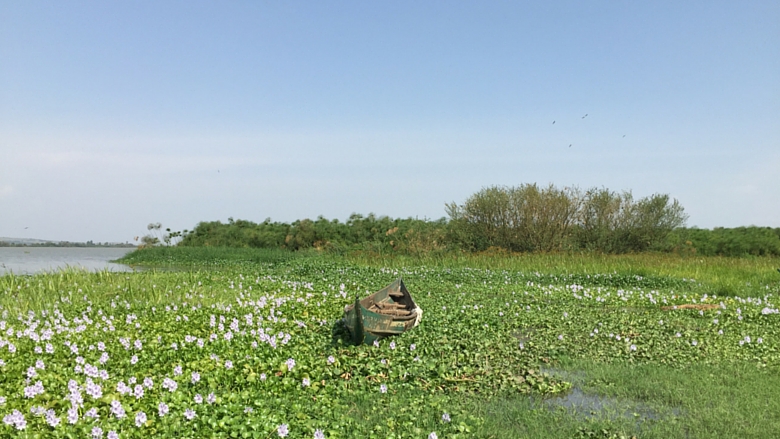 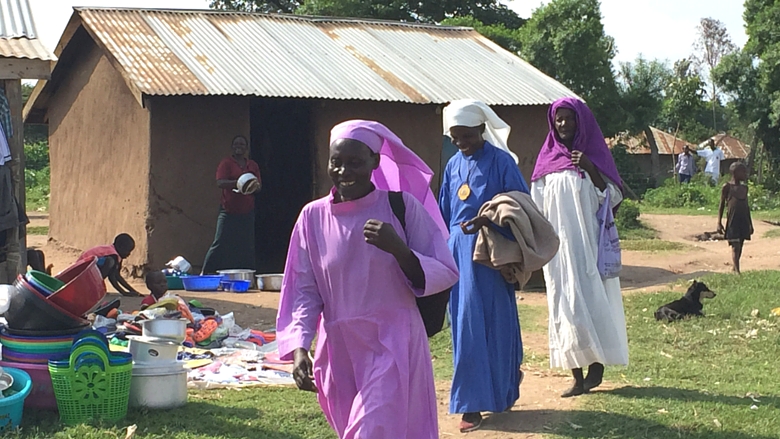