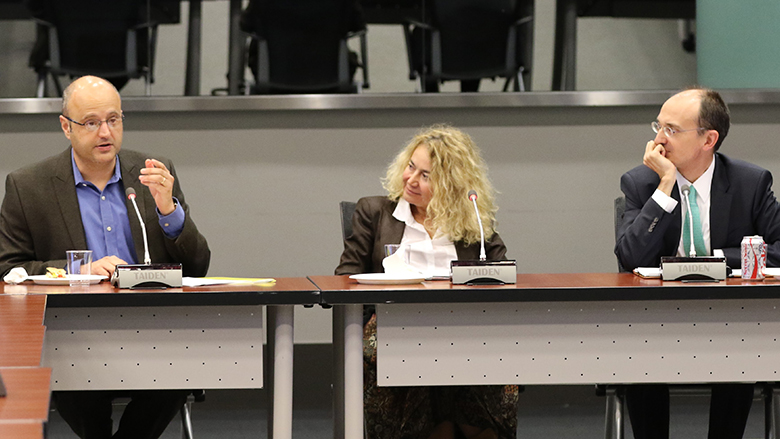 For more than 35 years, the World Bank has estimated the number of people living in extreme poverty by setting a global poverty line and collecting data from households around the world. In 2015, more than 700 million people were estimated to be living on less than US$1.90/day. The same line is used by the World Bank, the United Nations, and many others to track progress towards the elimination of extreme poverty and to hold the international community accountable for achieving progress.

So when a team of World Bank economists set about updating the poverty line earlier this year, they knew they had a daunting task ahead of them. They had to balance the requirements of ensuring methodological rigor, using the best available data, and keeping the goalpost for eliminating extreme poverty securely fixed in place.

“When the World Bank says that global poverty numbers are going down, we are criticized for showcasing our success. When we say they are up, people accuse us of rigging the numbers so that we can stay in business a little longer,” said Research Director Asli Demirguc-Kunt. “Keeping this goalpost fixed has become even more of an issue recently, since in 2013 the World Bank announced the goal of ending extreme poverty by 2030.”

At a Policy Research Talk last month, Francisco Ferreira, Senior Adviser in the World Bank’s Research Department and a leading member of the team charged with the poverty line update, sought to bring transparency to the update by explaining in detail all of the methodological choices and data constraints the team faced in setting a new poverty line.

The measurement of global poverty trends over time requires establishing a benchmark line that is consistent across countries. Once that line is drawn, it needs to be held constant in real terms as relative prices change—that is: as the prices of goods and services vary differently over time across countries. Between 2008 and 2015 that line was set at $1.25/day in 2005 dollars. But in 2014, the release of new Purchasing Power Parity (PPP) conversion factors for 2011 necessitated the adjustment of the poverty line as expressed in dollars. PPP exchange rates allow for the comparison of the prices of goods and services across countries, even if they are not traded internationally.

" $1.90 appears to be much higher in US dollar terms. In Indian rupees it is not higher. And in Ghanaian cedis it’s not higher. " 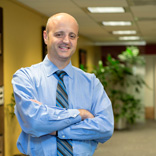 Ferreira explained that in approaching their task, the team followed three principles:

In following these principles, the team arrived at a line of $1.90/day in 2011 dollars. This upward revision in the line reflected a shift in relative prices between the U.S. and the world’s poorest countries, with the dollar losing value in PPP terms between the 2005 and 2011 price collection rounds. The revision helped ensure that the new poverty line reflects approximately the same cost for a basket of goods and services as the $1.25 line did in 2005.

“$1.90 appears to be much higher in US dollar terms. In Indian rupees it is not higher. And in Ghanaian cedis it’s not higher,” said Ferreira.

But so much for principles: did the updated poverty line succeed in keeping the goalpost constant in practice? The answer, as Ferreira explained, is a robust “yes”. Estimates of the incidence of global poverty moved only slightly, from 14.5 percent of the world’s population in 2011 using the old line to 14.1 percent using the new line. In addition, a number of alternative approaches to choosing a new line tend to yield figures that are very close to $1.90.

However, Ferreira was quick to caution that much more could be done to enhance the World Bank’s global poverty monitoring work. High on his wish list were a better understanding of what drives periodic changes in PPPs—which would require access to micro-level price data from the International Comparison Project (ICP)—and improved monitoring of key non-income dimensions of well-being, such as health and education.

Discussant Jan Walliser, Vice President for Equitable Growth, Finance, and Institutions, reflected on the value of the global poverty line and the data that it generates. “It’s the only number that is out there … It may not be perfect, but it’s something that we’re expected to provide for the international community. It’s one way of telling people where poverty trends are going across the world, and not just country by country.”