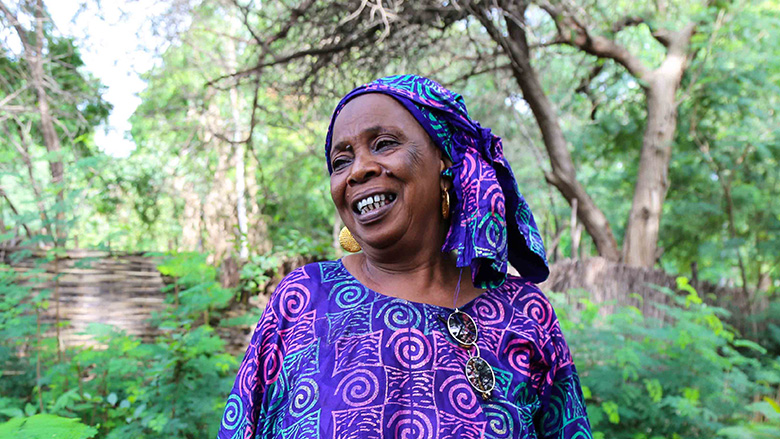 Fily Traore, President of Kaffrine’s Female Forestry Association, stands in one of the association’s tree nurseries. This determined group of women have replanted over 4,500 trees in the region.

KAFFRINE, January 5, 2016 – In the region of Kaffrine, where electricity, jobs, and natural resources are scarce, there is a bubbling optimism despite current hardships. Change is in the dusty hot winds, and it stirring up the way villages have viewed societal roles and their future.

Recognizing that their livelihoods are at stake, Kaffrine’s women, who are traditionally responsible for the well-being of their households, have been stepping out of the house and into leadership roles, pulling up chairs to the negotiating table, and leading key initiatives that will ensure the sustainability of their energy and financial resources.

Empowered by the Second Sustainable and Participatory Energy Management Project (PROGEDE II), which is funded by the World Bank and the Nordic Development Fund and supported by the ESMAP’s AFREA Gender and Energy Program, Kaffrine’s women are owning a movement that is breaking down gender stereotypes, reforming the charcoal value chain, and boosting village incomes. Thanks to project interventions, women are now at the center of sustainable forest management and wood fuels supply management in the region.

" Diminishing resources and development are everyone’s problem, and the solutions lie in the hands of women and men, be they young or old. I think men in this region have a growing awareness of how much there is to gain by empowering women. " 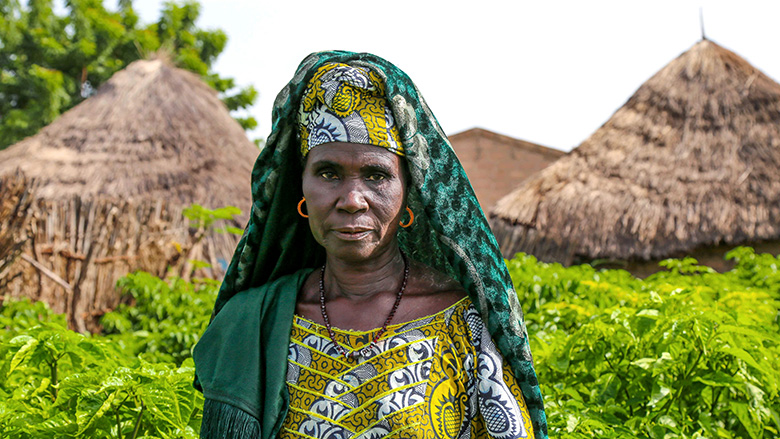 Women in the village of Medina Degouye have turned to horticulture instead of carbon production to enable the surrounding forest of Makayop regenerate.

As Senegal’s forests continue to dwindle, and given that at least half of Senegal’s 13 million people burn wood and charcoal for household fuel, alternative approaches to sustainable energy management needed to be urgently explored and implemented.

Up until now, charcoal production was an activity reserved only for men. “By including women earlier in the value chain, Kaffrine has been able to reduce the negative impacts of charcoal production on the environment through reforestation activities performed by women. Women are also having more of a say in the development of other income generating activities such a horticulture and beekeeping that can relieve the strain on forest resources,” explains Awa Seck, PROGEDE II Project Manager and Senior Energy Economist at the World Bank office in Senegal.

Thanks to PROGEDE II, women are now sitting alongside men in local management structures, which are referred to as CIVGFs (inter-village forest management committees), to make the decisions that govern reforestation, zoning for charcoal production, carbonization techniques, charcoal sales, and charcoal use. In Senegal, there are three CIVGFs covering the southern, central, and eastern regions, with each CIVGF comprising of four components: the village contact group, the general assembly, the management committee, and the executive committee. Within this structure, women make up 33 to 50% of the elected positions, given the strong priority placed on gender parity by the project and various stakeholders.

The village contact group serves as the main discussion forum for the community. Members of the group, up to half of whom are women, are tasked with sharing information and mobilizing community members for project-related activities. The high rate of participation by women has had a domino effect, encouraging other women to take part in project-related activities and providing them with a direct source of information; they no longer have to negotiate access to information through their male partners.

“Diminishing resources and development are everyone’s problem, and the solutions lie in the hands of women and men, be they young or old. I think men in this region have a growing awareness of how much there is to gain by empowering women,” notes Fily Traore, President of Kaffrine’s Female Forestry Association. Her association produces trees and plants that are then used to restore deteriorated forest zones in the region.

In fact, the integration of women into the charcoal value chain in Kaffrine has helped changed the dynamic and the view of charcoal production as uniquely an exploitation of forest resources. “Women have witnessed firsthand the detrimental effects of disappearing forests, such as soil erosion and desertification, and are now able to advocate for a more sustainable production of charcoal that takes reforestation into account,” emphasizes Inka Schomer, Gender and Energy Specialist at the World Bank office in Senegal.

This allows for the creation of new sources of employment for men and women alike in reforestation activities, such as the operation of tree nurseries such as Fily’s, surveillance of protected forest zones, and replanting activities. Furthermore, women are increasingly participating in training sessions on forest cutting and carbonization techniques, pursuits formerly dominated by men in accordance with traditional gender roles governing the division of labor. Women are even operating commercially in this sector in other regions of Senegal such as Tambacounda and Kolda, also covered by the PROGEDE II project.

Women have also been instrumental in developing other income generating activities beyond charcoal production such as horticulture, farming, and bee keeping. This diversification allows exploited zones to regenerate. In Kaffrine’s forest zone of Makayop, the village of Medina Degouye is making big strides in the development of horticulture as a means to offset charcoal production and the over exploitation of Makayop’s limited forest resources. Community members have developed the land behind each of their residences to turn them into vegetable gardens that produce not only enough to feed the village, but a surplus to sell within the region and even in the capital of Dakar.

With the support of PROGEDE II, they have implemented a sophisticated irrigation system that consists of linking all the vegetable gardens to a water source, then monitoring each community member’s water consumption through water meters installed in their garden plots. Community members take a 50,000 CFA loan for their water consumption and meter installation which they repay as they garden produces output. Medina Degouye was provided certified drought-resistant high quality seeds by the PROGEDE II project, and are now producing eggplants, peppers, okra, squash, zucchini, herbs, tomatoes, beans, pumpkins, corn, sorghum and much more. There are currently 67 private gardens being run in this communal manner, 33 of which are run by women.

One year of horticulture has brought in revenues totaling 10 million CFA ($20,000 dollars) to the village, convincing the community that this investment can be lucrative. It also allows men and women to be productive all year round. Community members are able to feed their families and save money. Their new goal as a village is to develop a large communal vegetable garden (6 hectares) where each family has a plot, thus centralizing irrigation and making the gardens easier to protect. They seek the help of the PROGEDE II project to purchase a water pump to irrigate this large communal garden, as well as install fencing to protect the plants. Their accomplishments in horticulture give them satisfaction and pride, and they are determined to continue in this direction instead of falling back into charcoal production.

PROGEDE II is emerging as a model for community engagement and gender equality in energy projects. The project will continue to raise awareness amongst local leaders about the role of women in the charcoal value chain, and reinforce technical and managerial capacities of women. 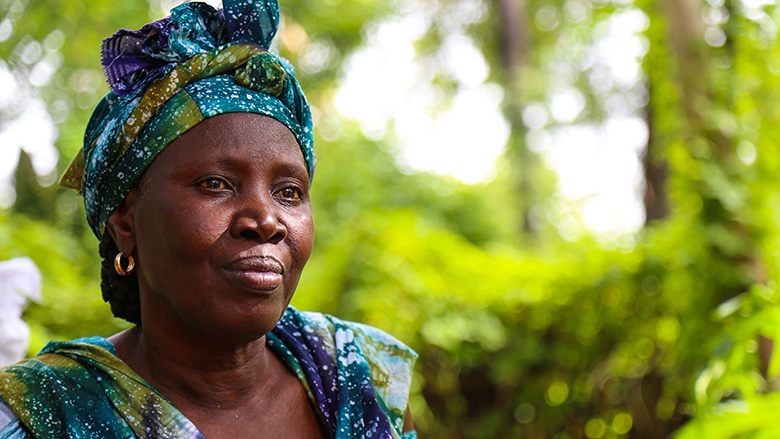