Climate Talks: Standing Together on the Right Side of History

“Just a few weeks after the horrific attacks, Paris will soon be known as the place where world leaders stood together on the right side of history.”

That’s the view of World Bank Group President Jim Yong Kim, who will be among government leaders in Paris for the official start of the United Nations Conference on Climate Change on Nov. 30.

“My strong belief is that the leaders of the world will come together in Paris and endorse an ambitious agreement to tackle climate change and preserve our planet for all of us, but especially for our children and grandchildren,” said Kim.

At stake at the Paris conference, known as the 21st session of the Conference of the Parties, or COP21, is a new global agreement on climate change to move the global economy on a low-carbon and more resilient path.

Kim made it clear that efforts to end extreme poverty could not be achieved without tackling climate change.

“Climate change is a grave threat to all of us, undermining stability and peace by intensifying stress over water access, food insecurity, and vulnerability to storms and heat waves,” he said.

Ahead of the Paris talks, more than 160 countries have submitted their national plans, the Intended Nationally Determined Contributions (INDCs) that show trillions of dollars of potential demand for climate investments.

The Bank Group’s Special Envoy for Climate Change, Rachel Kyte, described those plans as “first-generation prospectuses,” adding that the cost of transitioning to a low-carbon and resilient economy could be counted in the trillions, not billions.

An immediate challenge of climate finance that will be discussed in Paris is mobilizing the $100 billion a year for developing countries by 2020.

Kim said he believed there was a credible path toward reaching the $100 billion a year by 2020, which was promised in Copenhagen.

" Climate change is a grave threat to all of us, undermining stability and peace by intensifying stress over water access, food insecurity, and vulnerability to storms and heat waves. "

The World Bank Group has been stepping up to help countries meet their immediate challenges and also deliver on their national plans. The Bank Group has pledged a one-third increase in direct funding for climate and overall could see annual funding potentially total $29 billion by 2020.

In Paris, the Bank will also demonstrate its work with other multilateral development banks, as well as a broad coalition of other partners to leverage and mobilize climate action.

And Paris will also mark the coming together of a broad coalition of leaders – from governments and business – urging countries to put a price on carbon pollution as a means of driving investment into greener cleaner growth in the future.

“An ambitious agreement in Paris, backed by smart economic decisions to get prices right by removing harmful fossil fuel subsidies, pricing carbon pollution, and investing in resilience, will speed up the flow of finance needed to get countries on a low-carbon path,” said Kyte. 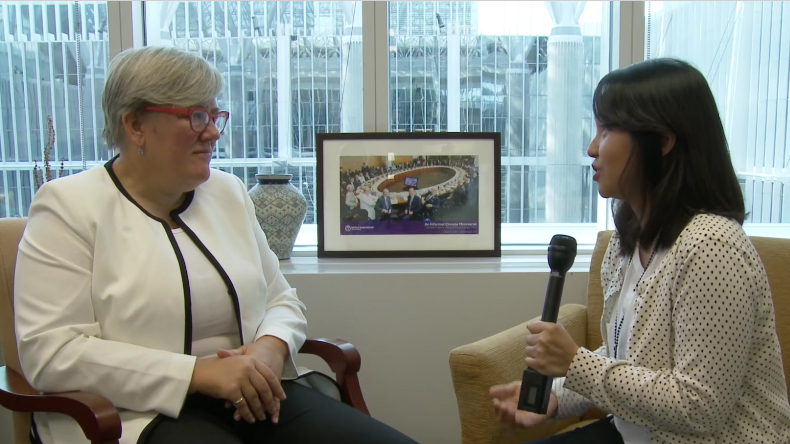 Rachel Kyte on Why We Need a Strong Climate Deal