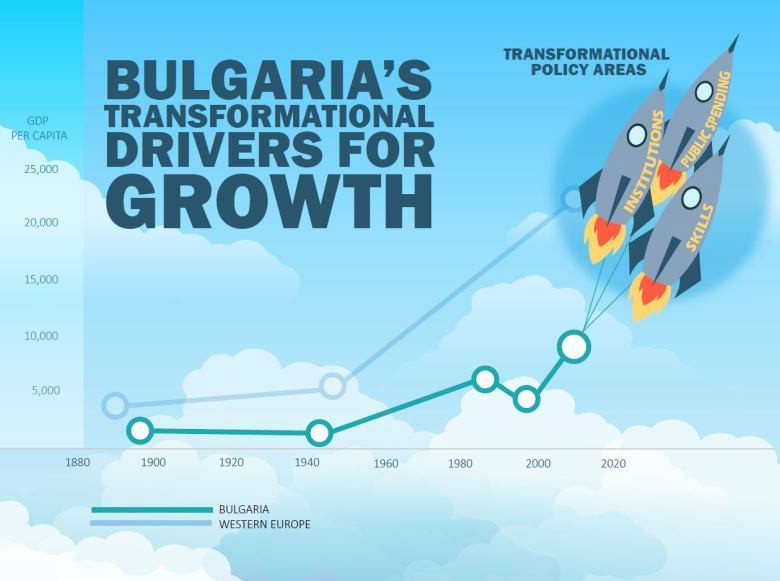 Bulgaria has made considerable progress in improving the living standard of all Bulgarians in recent decades. It has made significant strides in converging to European Union (EU) income levels – with Gross Domestic Product (GDP) per capita, in purchasing power standards, growing from 29% of the EU average in 1997 to 45% in 2013. Convergence helped to lift 1.7 million Bulgarians out of poverty and raised the income level of the bottom 40% of the population by 1.4%.

Still, the share of Bulgarians at risk of poverty remains high for an EU Member State. Income-enhancing opportunities are limited - particularly for the bottom 40% of the population - and the 2008 global financial crisis put the brakes on Bulgaria’s foreign-financed growth spurt. 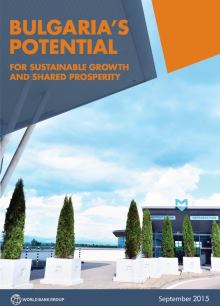 In order to boost shared prosperity, Bulgaria needs faster, more inclusive, and more sustainable growth. The potential for raising the incomes of the population, especially of the bottom 40%, will remain limited if GDP growth continues at its current rate of less than 2% a year. Faster growth should be underpinned by greater productivity, more jobs, and greater labor force participation.

However, recovery in economic activity and job creation has taken longer than expected. Medium-term prospects depend on domestic policies and Bulgaria’s potential to make the most of EU funds designed to help boost investment and competitiveness.

A Systematic Country Diagnostic (SCD) for the country concludes that key to achieving faster, more inclusive, and more sustainable growth is strengthening institutions and policies. The study identifies three policy areas with the potential to transform the economy and achieve this objective:

1. Strengthening the institutional and legal framework for good governance;

2. Boosting the skills and employability of all Bulgarians; and

3. Improving the effectiveness and efficiency of public spending.

Drawing on an extensive body of previous and current work carried out by the World Bank, as well as local and foreign experts, the SCD discusses drivers and constraints to growth and uses an asset-based framework to understand how micro and macro-economic forces shape the income profile and dynamics of the bottom 40% of the population.

The three transformational policy areas would also address the needs of the most vulnerable Bulgarians, namely: the high and growing numbers of poor Roma; the swelling proportion of elderly poor and pensioners relative to the working population; and the potential lost generation of youth who are neither in school nor the labor force.

The SCD is intended to inform the dialogue between the authorities and the World Bank Group on the Country Partnership Framework, which will in turn define areas where the Bank can support the government's efforts to reduce poverty and boost shared prosperity.