Understanding Air Pollution and the Way It Is Measured

What is PM2.5 ? It is a microscopic particle—2.5 microns in width and almost 30 times smaller than the diameter of a human hair. When levels are high, PM2.5 particles form a haze in the sky, making their way into people’s respiratory tracts and reaching the lungs. Often dubbed a silent killer, it’s only in the past decade that we have begun to understand PM2.5 better—its sources and the long-term impacts on lung and heart diseases. Exposure to indoor and outdoor air pollution was estimated by WHO to cause about 7 million deaths in 2012, raising awareness of the scourge of pollution on a global scale. New evidence is also emerging on pollution’s debilitating impact on economies.

Measuring the concentration of PM2.5 and understanding its sources is key to designing policies to control its presence in the air we breathe. Scientists believe there is no substitute for ground level monitoring, but on-ground monitoring of PM2.5 requires sophisticated equipment, sustained funding, technical know-how, and regulatory support that are still absent in many countries. In this context, satellite-driven technologies are a powerful, supplementary tool for measuring large-scale exposure to air pollutants.

The latest edition of the World Bank’s annual compilation of environment data—Little Green Data Book 2015—presents data related to both physical exposure to air pollution and its economic costs for 200 countries. For the first time, two new pollution indicators on ambient air pollution in both urban and rural areas are featured: the mean annual exposure to PM2.5 pollution and the percentage of total population exposed to PM2.5 pollution above World Health Organization’s (WHO) guideline values of an annual average of 10 micrograms per cubic meter. Previous editions of the Little Green Data Book tracked particulate matter less than 10 microns in diameter (PM10), and only reported on pollution in urban areas with more than 100,000 people. That approach was found to be out of step with the latest science which focuses instead on finer particles that are more dangerous for people’s health.

The data for the Little Green Data Book 2015 was provided by the Global Burden of Disease study (GBD), an international scientific effort led by the Institute for Health Metrics and Evaluation (IHME) at the University of Washington, Seattle. The GBD 2010 study offered one of the first truly global pictures of exposure to outdoor PM2.5 pollution and associated health issues. GBD researchers did this by combining satellite observations of airborne particles with models of atmospheric chemistry and ground-level monitoring of particles in nearly 700 locations around the world.

To compute a national average, exposure to concentrations of particles in both urban and rural areas is weighted by population and is aggregated at the national level.

While the IHME data reported in the Little Green Data Book is a leap in understanding exposure to air pollution globally, the methodology has its limitations. PM2.5 exposure levels for some countries appear to be skewed. For example, it is possible to have very high levels of pollution in several cities but a relatively low overall average for the country.

The case of Mongolia highlights some key limitations of the satellite data and chemical transport models. Though Ulaanbaatar is one of the world’s cities most heavily impacted by air pollution, the Mongolian national average reported for PM2.5 pollution by IHME is low (9 micrograms per cubic meter, compared with countries in Africa and Middle East below). This low average could result from a number of factors including the fact that pollution in Ulaanbaatar is highly variable seasonally and spatially. In addition to this, globally there are notable differences in diurnal and nocturnal pollution levels and satellites only measure day-time data. Moreover, satellite observations are limited to relatively cloud-free days and in winter, when the pollution is high, there are fewer cloud-free days.

Mineral dust as a component of PM2.5

Mineral dust leads to further anomaly in the data as seen in the high levels of PM2.5 in desert countries: mean annual exposure drawn from the GBD 2010 data set is 37 in Niger, 62 in Saudi Arabia, 80 in UAE, 37 in Libya, 30 in Yemen, 34 in Mali, 33 in Chad, and 65 in Mauritania—much higher than the WHO guideline value of 10 micrograms per cubic meter.

In the case of UAE and other desert countries, much of the PM2.5 is from mineral dust. IHME scientists believe that the health evidence doesn’t support differentiating combustion-based PM2.5 from natural dust-based PM2.5. However more research on health impacts of particulate matter with a high proportion of windblown dust is needed, particularly in countries where the proportion of mineral dust would be higher than that from combustion.

The UAE has already taken significant steps to monitor and improve air quality—for example, there are now 29 stations across the country capable of monitoring PM2.5 and the Ministry of Environment and Water has also recently signed an agreement with seven governmental agencies to launch the UAE Air Quality Network, enabling them to calculate an Air Quality Index (AQI). Moreover, the country is intensifying ongoing efforts in energy efficiency: the UAE government has set a target of 24% of clean energy contribution under the 2021 National Agenda.

The scientific community recognizes the advances and limitations of the IHME methodology. Later this year IHME will release new data from the Global Burden of Disease 2013 study, which makes use of additional satellite instruments, and a larger and more recent database of ground-level data reflecting a rise in the number of monitoring stations across the world. Work is also underway on advanced statistical merging of remote sensing and ground measurements. A lot has been accomplished to help countries advance in tackling air pollution, but there are still many areas that will demand dedicated and targeted work over the coming years. 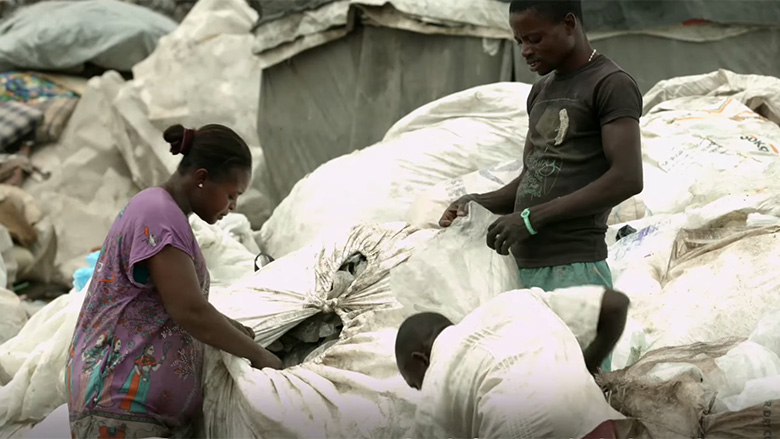