In Thailand, you can get an HIV test twice a year for free at any public clinic or hospital. This video follows Care, a young man from Bangkok, who is getting an HIV test for the first time. He talks about what it was like and why it’s better to get tested—for the peace of mind it offers both yourself and the ones you love.

Tucked away in the center of Patpong, Bangkok’s notorious red light district, is a small clinic that provides HIV testing and counselling for sex workers and men who have sex with men (MSM).

This is where former sex workers now work as peer HIV/AIDS educators. Among them is 42-year-old Chamrong Phangnongyang. He helped found the Service Workers in Group (SWING), a non-profit organization that provides information, support and condoms to male sex workers.

SWING recently expanded their services from male sex workers to MSM to help raise awareness about the severity of HIV among this group.

“This weekend I will join a big group of MSM to Korat, northeast of Bangkok, to watch a traditional Thai dance show. We know the real purpose of the outing–it’s not to watch the show,” Chamrong says.

“Our team will try to blend in the group. We will bring thousands of condoms to distribute,” he explains. “We will let them know that there are clinics that provide HIV testing anonymously and for free.”

“Sex workers generally understand the importance of protection. HIV among them is rare. It is why we must work beyond this circle and reach MSM as well,” says Chamrong.

While community-based outreach remains at the core of SWING’s activities – they hold workshops in bars before they open, walk along popular stretches to distribute pamphlets and encourage health checkups – more innovative ways are now being used to reach MSM.

Online social networking sites like Camfrog and LINE are being introduced. Peer educators and volunteers join chat groups, providing information on why early testing is important and where they can go get tested.

One such resource is Adam’s Love, a website hosted by the Thai Red Cross, and is one of the most effective means to recruit MSM for HIV testing.

Thailand provides one of the most progressive and comprehensive antiretroviral programs in the world – providing free HIV testing at clinics and hospitals. However, the number of MSM who uses these services in Bangkok remains low.

As a result, there are very large empty spaces at health facilities that aren’t being used in Bangkok.

" Testing is knowledge. It puts you on the path for treatment. But if you are afraid, and you don’t get tested, it allows the virus to hurt you. " 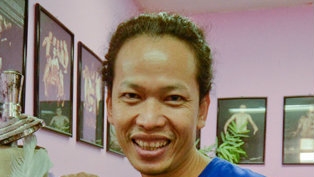 Overcoming Fear is the First Step

“Fear is still the biggest challenge preventing people from getting tested,” Chamrong says. “They fear not being accepted by their parents. They fear discrimination by their friends. They fear losing their jobs.”

“They would rather wait until the symptoms show than get tested early,” he says. “Our job is to explain to them why testing is not scary.”

After seeing his friend get infected with HIV, he recounts how glad he was to become a peer educator.

“Testing is knowledge. It puts you on the path for treatment,” he says. “But if you are afraid, and you don’t get tested, it allows the virus to hurt you.”

Chamrong is happy that he can help his friends in the community. “Getting tested and detecting your HIV status early are the best ways to start taking better care of yourself – so you can live healthier and longer.” 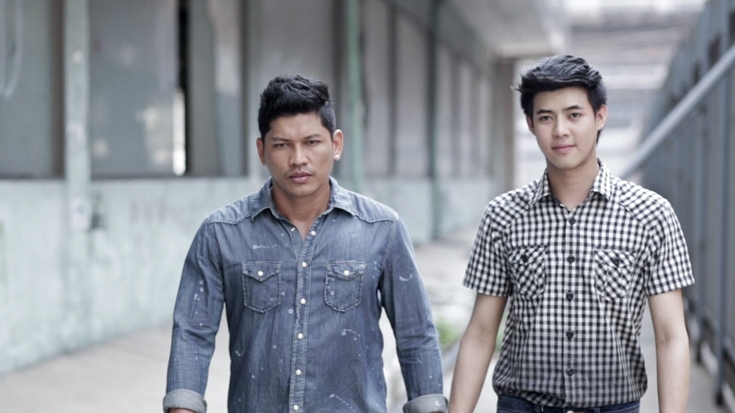