Jakarta, Indonesia, June 9, 2015 – Indonesia has shown solid growth over the past decade, with the country’s GDP almost doubling between 2001 and 2012. However, this growth has resulted in significant environmental degradation and accelerated depletion of Indonesia’s natural resource.

A ‘brown’ growth model reliant on fossil fuels, extractive industries, and fast depletion of natural resources has led to increased vulnerability to climate change and to poverty in those areas impacted by ‘brown’ growth.  The poverty rate has been cut by half since the year 2000, to 11.3%in 2014, but populations living in environmentally-degraded areas suffer higher rates of poverty.

That is partly because the poor are very vulnerable to shocks, including environmental shocks, lacking resilience to increasingly frequent natural disasters.  The social and environmental impact of ‘brown growth’ has been acute, from flooding in urban areas to forest fires and land use disputes in rural space, to overfishing and coastal ecosystem degradation.

“Locking in green infrastructure today can bring benefits for many decades to come. Developing countries can take the lead in leapfrogging from brown to green growth,” said Sri Mulyani Indrawati, World Bank Group Managing Director, at the 2015 Indonesia Green Infrastructure Summit held in Jakarta. “If we want to succeed in ending poverty, we cannot rely on growth alone unless it is inclusive and environmentally sustainable,” she said. The event showcases Indonesia’s efforts to develop a range of green development initiatives across all core growth sectors as part of the medium term development plan from now until 2019.

Hosted by Indonesia’s Chamber of Commerce and supported by the World Bank Group, the Summit also seeks to strengthen the partnership between government and private sector in ‘green’ initiatives.

" If we want to succeed in ending poverty, we cannot rely on growth alone unless it is inclusive and environmentally sustainable "

There will certainly be challenges for Indonesia to walk the path of green growth, including the need for large financing and having the right policies put in place.  There is also an urgent need for good governance, which is among the biggest challenge for many developing countries.

However, as shown by countries like South Korea who successfully transitioned to a greener economy, opportunities to succeed are there.

“This can be an opportunity for green and inclusive growth. By addressing energy needs in sustainable ways, by handling resources responsible, and by putting governance mechanisms in place that will benefit all Indonesians, including future generations,” said Sri Mulyani. 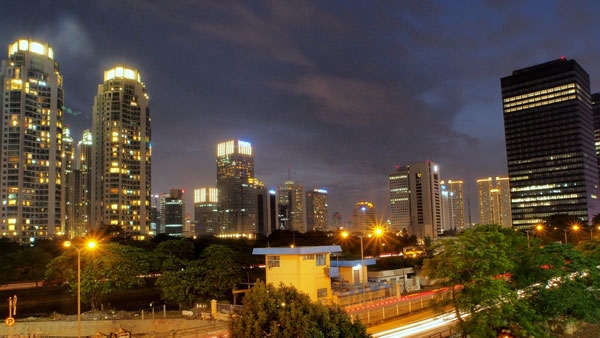