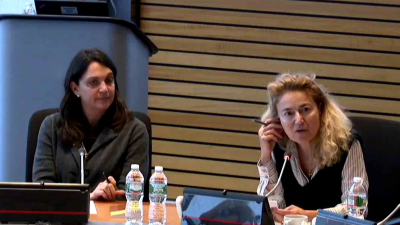 How did a Kenyan dreadlock designer obtain the start-up capital to go from street vendor to store owner? As Leora Klapper, Lead Economist in the Research Department, explained, this young entrepreneur found that he had trouble saving: “the cash burned his pocket”. But then he signed up for a mobile money account through M-Pesa, and when he started receiving payment for services to this account he was able to accumulate enough money to put a down payment on a storefront.

This story set the stage for an April 9 event unveiling new data from the 2014 Global Findex and accompanying report, co-authored by Klapper, Research Director Asli Demirguc-Kunt, Dorothe Singer, and Peter Van Oudheusden. The Global Financial Inclusion (Global Findex) database is a product of the Research Department, in collaboration with the Bill and Melinda Gates Foundation and the Gallup World Poll. First launched in 2011, the database provides comparable indicators showing how people around the world save, borrow, make payments, and manage risk.

Demirguc-Kunt, who opened the event, emphasized the importance of financial access to the reduction of poverty. “Financial inclusion is not an end in itself, but a contributor to achieving development outcomes. Without access to financial services, poor people cannot save, pull themselves out of poverty, be entrepreneurs, invest in their education, manage risk, or absorb financial shocks,” she said. “For the first time we are able to measure progress on financial inclusion by surveying almost 150,000 individuals ages 15 and above from 143 countries, representing 98 percent of the world’s population.”

" Financial inclusion is not an end in itself, but a contributor to achieving development outcomes. Without access to financial services, poor people cannot save, pull themselves out of poverty, be entrepreneurs, invest in their education, manage risk, or absorb financial shocks "

In addition, technological advances like mobile money are helping to expand access, especially in countries in Sub-Saharan Africa. “Thirteen countries across Sub-Saharan Africa have mobile account penetration of 10 percent or more—no other continent has numbers approaching that level,” Klapper said. However, more than half of the poorest 40 percent in developing countries are still without accounts.

Women remain another underserved demographic, and no progress has been made in decreasing that inequality. “We have not seen any improvement in the gender gap since 2011—we found exactly the same persistent 9 percentage point gap in account ownership in developing countries,” Klapper said.

During her presentation, Klapper also discussed many of the over 100 indicators contained in the Global Findex, including frequency of account usage, how people save, and how governments, businesses, and individuals make payments.

Klapper highlighted several policy measures that could expand access to accounts and support greater usage. For instance, governments and the private sector can support a shift away from cash to digital transfers and payments of wages. According to the report, digitization of wage payment could increase the number of adults with an account by more than 300 million. Klapper also encouraged the private sector to create innovative products that support the digital payment of fees and transfer of remittances, particularly on the side of the recipient.

Countries such as Brazil and Kenya that are making significant progress share common features. “They offer low-fee bank accounts, they try to minimize documentation requirements, they allow correspondent and agent banking, there is an effort to digitize government and wage payments, and mobile technology is available,” Demirguc-Kunt added.

Researchers, policy makers, and other stakeholders discussed the policy implications of the report’s findings. Henriette Kolb, Head of the Gender Secretariat at IFC, asked, “What needs to happen next on gender?” Drawing from the data, Klapper responded that “although women are less likely to receive a wage than men, they are equally likely to receive that wage to an account. There is not an inherent bias in the type of wages that women are paid compared to men.” Consequently, a move to digitizing payments would have an equal impact on women who are in the workforce.

The wealth of data collected by the report will continue to inform the path to universal financial inclusion. “Improvement is not going to be linear, however: achieving full access will be more difficult towards the end,” Demirguc-Kunt cautioned. 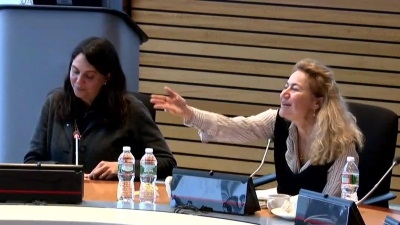