On Ebola Response and Recovery, World Bank and Partners Keep Pressure On

Mariatu and Adama, mother and daughter, embrace in front of their home in Sierra Leone.

April 16, 2015—Since late 2013, Ebola has gripped West Africa, devastating communities and destroying economies in Guinea, Liberia and Sierra Leone, and erasing many of the health, education, and social and economic gains these countries have achieved in recent years.

For months, hospitals were like war zones. Schools were empty. Farmers fled their fields. Businesses collapsed, their workers crumbling with them. Parents skipped lifesaving vaccines for their infants, women died in childbirth, hundreds of health workers lost their lives, and families went without food and water.

This week, schools reopened in Sierra Leone, more than 9 months after Ebola closed their doors. Health facilities are beginning to again provide essential health services. Some people are returning to work in cities and in fields. Yet, despite these positive signs, the fight to end Ebola is far from over.

Guinea and Sierra Leone continue to report new Ebola cases. Liberia is holding its breath until early May when it may be declared Ebola-free if no new cases are reported. When the countries get to zero new cases, their challenge will be avoiding new flare-ups of Ebola.

Ebola has killed more than 10,500 people in Guinea, Liberia and Sierra Leone, and has infected more than 25,500, including Mariatu, 45, and her daughter Adama, 12, of Rokupa, Sierra Leone. Ebola infected 13 of the 14 people who lived in their household. Ten family members succumbed to Ebola, including seven of Mariatu’s children and her husband. Ebola soon spread across their entire hillside community.

“I am broken,” she said, as she clutched her Ebola-free medical certificate.

Getting to—and staying at—zero cases in communities like Mariatu’s requires door-to-door communication campaigns to educate families, as well as contact tracing to track everyone who has had contact with confirmed Ebola cases. These efforts by UNICEF, the World Health Organization (WHO) and UNFPA, and powered by community volunteers, are breaking the chains of transmission in neighborhoods. The World Food Programme (WFP) is providing food and other essential supplies to households quarantined as a result of contact tracing,

The World Bank Group is financing some of UNICEF, WHO, UNFPA and WFP’s social mobilization and contact tracing efforts and food deliveries in the three countries. Since the crisis began, the World Bank has been one of the leading financiers of the Ebola response, providing treatment and care, containing and preventing the spread of infections, helping communities cope with the economic impact of the crisis, and improving public health systems.

For health workers—a special focus of the World Bank Group’s financing—this has meant making sure that there are enough local and international health workers available to respond to the surge of Ebola infections, and that they have the essential supplies, drugs, personal protective equipment and infection prevention control materials, hazard pay and death benefits, and training they need to do their jobs.

As the countries work to extinguish the virus, they face a longer-term challenge that they are tackling simultaneously: Recovering from the social, economic and health consequences of the largest Ebola outbreak in history.

High-frequency mobile phone surveys released this week by the World Bank Group and partners show that there are signs of improvement in Sierra Leone, but the economic situation remains uneven.

In Sierra Leone, there have been overall improvements in employment since November, but youth employment in Freetown has continuously declined, and the percentage of non-farm enterprises that are no longer operating has increased four-fold. Nearly 70% of households are taking at least one action to cope with food shortages.

In Liberia, agricultural households are reporting that their 2014 harvest was smaller than the previous year. The World Bank Group has provided 10,500 tons of maize and rice seed to more than 200,000 farmers in Guinea, Liberia and Sierra Leone to help them deal with the impact of Ebola on their crops.

As schools have reopened in Liberia, more than 75% of people with primary school-aged children reported that at least some have returned to school. The World Bank Group funds have been providing support to more than 18,000 schools as they have reopened, including through ensuring cleaning and sanitizing of schools, building or repairing handwashing stations and water points in schools, and training teachers to use thermometers.

In the survey, parents cited a lack of money as the main barrier to sending children back to school.

Dorris, 6, a kindergartener at Billytown Public School in Liberia, is one of these students who has returned to school.

“I’m happy to be at school because Ebola has gone,” she said.

Without the family breadwinner, Mariatu, the Ebola survivor from Rokupa, Sierra Leone, said she did not know how she was going to buy food for her children, or pay for Adama’s school fees.

Adama has a goal for the future now that she has survived Ebola.

“In the end, I’ll be a lawyer and be in a better position to take care of my mother,” she said.

Delivery of social services in Sierra Leone—which offers free health care for pregnant women, new mothers and children under age 5—has started to improve since November, according to the surveys. The percentage of women who gave birth in a clinic is up from 28% to 64%, and the percentage who received at least one prenatal visit was up from 56% to 71%.

Continued investments in recovery will need to focus on strengthening health systems, agriculture, education, cash transfers and other social protection programs, and lifesaving infrastructure such as electricity, water and sanitation, and roads.

On April 17, the presidents of Guinea, Liberia and Sierra Leone will share their Ebola recovery plans with finance and development ministers and international partners during the World Bank Group-IMF Spring Meetings, with the aim of building global support to get to and sustain zero cases, jumpstart recovery, and build more resilient health systems and economies.

In its latest analysis, the World Bank Group found that estimated GDP losses for the three countries through 2015 add up to $2.2 billion, including  $535 million for Guinea, $240 million for Liberia and $1.4 billion for Sierra Leone.

The World Bank Group announced at the Spring Meetings that it would mobilize as much as $650 million during the next 12-18 months to help Guinea, Liberia and Sierra Leone recover from the devastating social and economic impact of the Ebola crisis and advance their longer-term development needs. This is on top of the $1 billion the World Bank Group previously committed for the Ebola emergency response and early recovery efforts, including $518 million from IDA and $450 million from IFC, a member of the World Bank Group, in commercial financing that is enabling trade, investment and employment in the countries.

The funds will also be used to develop a regional disease surveillance system across West Africa that will help prevent or contain future pandemics. 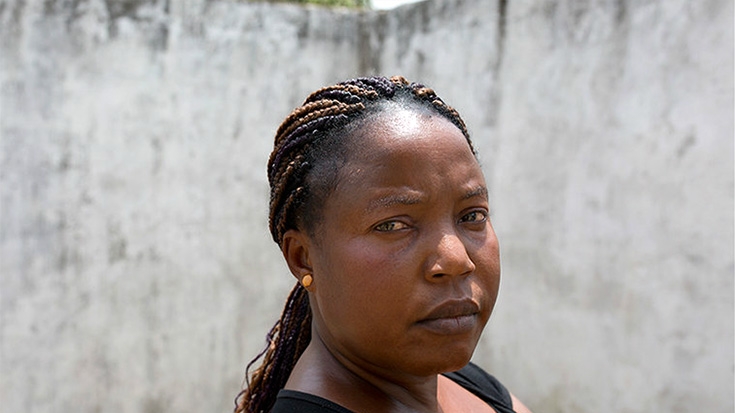