Third grade students in a rural school which will benefit from the project.

After years of sustained focus on its public education system, Djibouti has made significant progress in school enrollment but still faces a number of challenges. Net student enrollment at the primary level, representing the percentage of children of official school age who are enrolled in primary school, is around 60% percent, according to latest World Bank figures. Unpacking this number reveals an even more challenging situation. Enrollment rates are lower and dropout rates higher for girls, those living in rural areas and those living in poverty.

The Ministry of Education has spearheaded the drive to expand access to education, with support from international donors, including the World Bank, in the form of grants and concessionary loans. These efforts have resulted in a four-fold increase in access over three decades. According to World Bank documents, there were 31,000 students enrolled nationally at the primary, middle and secondary levels in 1984. In 2014, the Ministry of National Education numbers count 125,000 students enrolled at these three levels in 2014.

As part of the ongoing campaign, the Access to Quality Education Program was recently launched in the town of Arta, south-central Djibouti. The program is funded by the Global Partnership for Education and supervised by the World Bank. The Access to Quality Education Program is financing the construction of classrooms, rehabilitation and extension of schools in rural areas, teacher training and student learning materials as well as hearing-aids and glasses for students who need them.

The students pictured above are about to finish third grade. The program will finance the construction of fourth, fifth and sixth grade classrooms for them, while the Ministry will assign teachers for those grades to the school. “What’s most remarkable about this program,” says Tahina Razafindramary, country lead for Djibouti at the Global Partnership for Education, “is that out-of-school children, particularly those living in remote areas as well as children living with physical impairments will be able to access and complete primary and junior secondary school.”

In a neighborhood that includes Somalia and Eritrea, which both have much lower levels of enrollment, Djibouti has made significant progress. However, despite the many achievements, Djibouti is not on track to meet the Millennium Development Goals and is at risk of remaining in a low-level equilibrium in terms of both access and quality for years to come.

The data for Eritrea (2012), Ethiopia (2006) and Yemen (2012) are from World Bank EdStats. The data on Somalia is an estimate from compilation of sources namely UNICEF and EPDC. The data on Djibouti are from the 2012 Household Survey.

" What’s most remarkable about this program is that out-of-school children, particularly those living in remote areas as well as children living with physical impairments will be able to access and complete primary and junior secondary school. "

The new project will contribute to overcoming the challenge of educating the youth of Djibouti, but it is not enough. The Ministry of National Education and Vocational Training and education donors have come together behind a three-year education sector plan (Plan d’Action de l’Education 2014-2016), calling for an additional US$25 million dollars of international investment in pre-primary, primary, middle and secondary education, including technical and vocational training. At US$3.8 million dollars, the new project is important but responds only to a portion of the overall need. Using the five years (2008-2013) as a benchmark, according to World Bank data, Djibouti has increased access to primary school by 1.6% per year. At this rate, universal access to primary school won’t be achieved until 2040. The education plan calls for much more rapid increases, but complete and on-time implementation of the plan is not likely without additional resources and capacity.

A quantitative jump is required in both quality of learning and school access to get 100 percent of children in school at the primary level. According to UNESCO numbers, the official primary enrollment rate fell 1.35% between 2012 and 2013 since the rate of increase in the population was larger than the rate of increase in available seats. A small decline but nonetheless headed in the wrong direction. There is a strategic need to focus on nomadic and rural populations, girls, and low-income populations in both rural and urban areas. To reach some of the most remote and disadvantaged children and those living in nomadic communities, it may be necessary to establish one-teacher schools as well as mobile schools, which would take the school to the children rather than forcing the children to come to the school. One approach may be an expansion of the existing education action plan, extending it for a ten-year time horizon with specific benchmarks including enrollment rates for the urban and rural poor and learning levels as assessed by international examinations, as well as new funding commitments from both national and international sources. Plan implementation could be linked to increased communication about enrollment and achievement with parents, along with increased capacity for Ministry implementation. No effort is too great, as every child in Djibouti deserves the opportunity to learn. 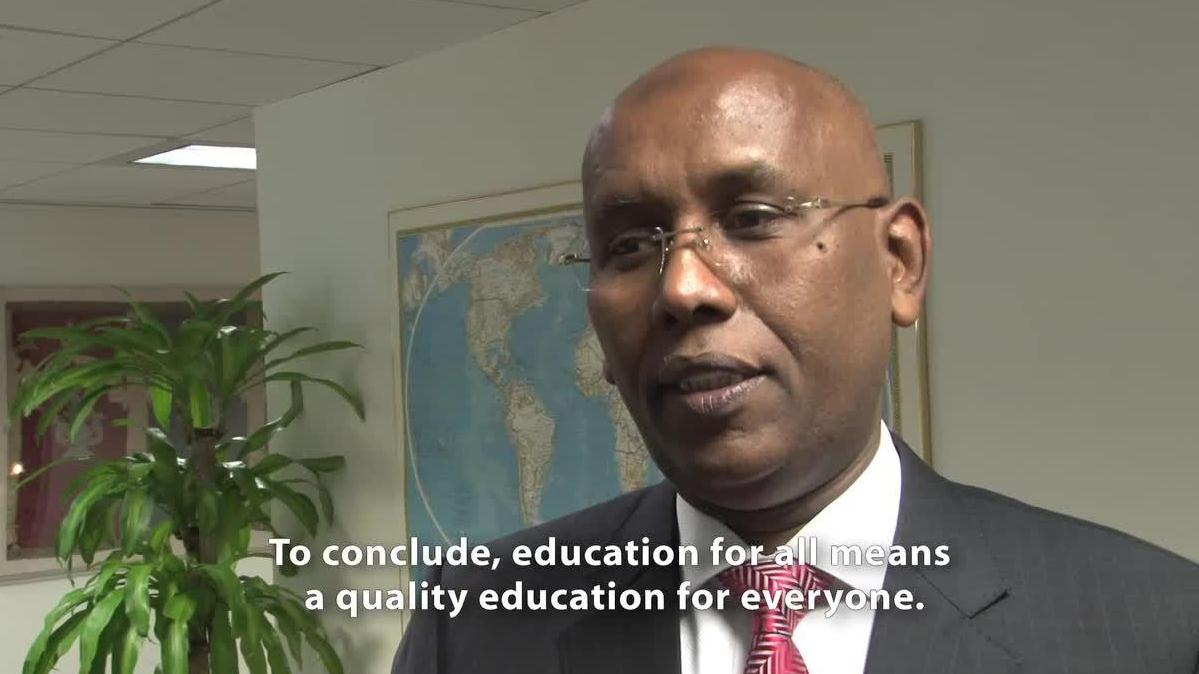 A Grant for Djibouti to Provide Quality Education