Real people are rarely as coherent, forward-looking, strategic or selfish as typically assumed in standard economic models—they sometimes do not pursue their own interests, and can be unexpectedly generous. Such dynamics should be factored more carefully into development policies, a point made in the World Development Report 2015: Mind, Society, and Behavior.

The newly launched Report argues that development policies based on new insights into how people actually think and make decisions will help governments and civil society more readily tackle such challenges as increasing productivity, breaking the cycle of poverty from one generation to the next, and acting on climate change.

Drawing from a wealth of research that suggests ways of diagnosing and solving the psychological and social constraints to development, the WDR identifies new policy tools that complement standard economic instruments.

For instance, an experiment in Colombia modified a cash transfer program by automatically saving a part of the funds on behalf of beneficiaries, and then disbursing them as a lump sum at the time when decisions about school enrollment for the next year were being made. This tweak in timing resulted in increased enrollments for the following year.

"Marketers and politicians have long understood the role of psychology and social preferences in driving individual choice," said Kaushik Basu, Senior Vice President and Chief Economist of the World Bank, "This Report distills new and growing scientific evidence on this broader understanding of human behavior so that it can be used to promote development. Standard economic policies are effective only after the right cognitive propensities and social norms are in place. As such, this WDR can play a major role in enhancing the power of economic policymaking, including standard fiscal and monetary policies. My only worry is that it will be read more diligently by private marketers selling wares and politicians running for office than by people designing development interventions."

To inspire a fresh look at how development work is done, the Report outlines three principles of human decision making: thinking automatically, thinking socially, and thinking with mental models. Much of human thinking is automatic and depends on whatever comes to mind most effortlessly. People are deeply social and are influenced by social networks and norms. Finally, most people do not invent new concepts; rather they use mental models drawn from their societies and shared histories to interpret their experiences.

Because the factors affecting decisions are local and contextual, it is hard to predict in advance which aspects of program design and implementation will drive the choices people will make. Interventions therefore need to take account of the insights found in the Report and be designed through a ‘learning by doing’ approach.

" This Report distills new and growing scientific evidence on this broader understanding of human behavior so that it can be used to promote development. Standard economic policies are effective only after the right cognitive propensities and social norms are in place. "

When it comes to assisting poor people, a key message from WDR 2015 is that poverty is more than a deprivation in material resources. It is also a “cognitive tax.” Take the case of sugar cane farmers in India, who were asked to participate in a series of cognitive tests before and after receiving their harvest income.  Their performance was the equivalent of 10 IQ points higher after the harvest, when resources were less scarce.

Policy can be designed to reduce some of the impact of poverty on the ability to make choices and plan for the future. Policy makers should try to move crucial decisions out of periods when cognitive resources are scarce. This may mean shifting school enrollment decisions to periods when poor farmers’ seasonal income is higher. There may also be ways of simplifying typically complex decisions such as applying to a higher education program. These ideas apply to any initiative in which good decision making is a challenge.

Poverty in childhood, which is often accompanied by high stress and neglect from parents, can impair cognitive development, according to the report, so public programs that provide early childhood stimulation are critical. A 20-year study in Jamaica found that a program aimed at altering the way mothers interacted with their infants led to an increase in earnings by 25 percent once those children became adults, as compared to others who did not participate in the program.

All major developing regions are featured in the Report, including the following examples:

According to the Report, because the decisions of development professionals often can have large effects on other people’s lives, it is vital that development actors and organizations put mechanisms in place to check and correct for their own biases and blind spots.

Ultimately, behavior change matters for all actors in the development process. 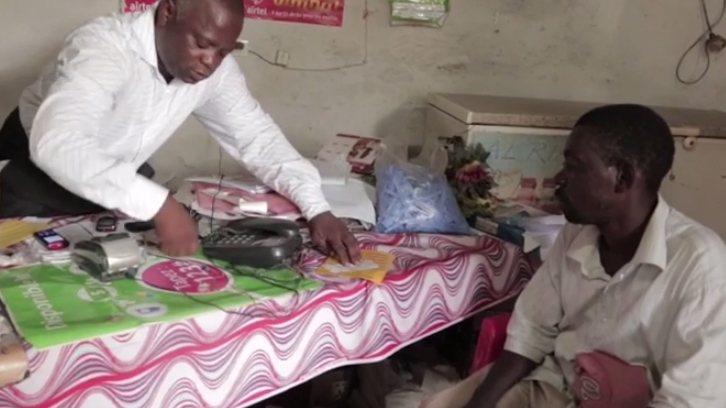