When Poland first joined the European Union ten years ago, it embarked upon a path of reform to help improve the country’s business climate, stimulate economic growth, and converge with the EU.

Over the next decade, policymakers in the country worked with the World Bank Group and other partners to implement policies, reforms, and initiatives capable of achieving these goals.

The latest Doing Business report, launched by the World Bank Group on October 29th, ranks Poland among the top performers for doing business in the Europe and Central Asia region, and highlights some of the successes of many of these ongoing reforms. The report, titled Doing Business 2015: Going Beyond Efficiency, ranks 189 economies on the ease of doing business, from company start-up, property registration, paying taxes, to dealing with insolvency.

The report finds that Poland has continued to make it easier for local entrepreneurs to do business in the country, and now ranks 32nd worldwide in terms of ease of doing business. This ranking is also the highest among new European Union member states (NMS) in Central Europe.

“Poland has been one of the leaders in the area of undertaking regulatory reforms – with its global standing at 32nd place today. This has likely contributed to the country’s strong economic performance over the past years.” 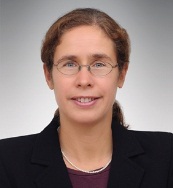 World Bank Country Manager for Poland and the Baltic Countries

In addition to this high overall ranking, the country also stood out in other indicators measured by the report, especially in getting credit, where it ranked 17th, resolving insolvency (32nd) and registering property (39th). Today, if you want to register a property in Poland, it costs only 0.3% of property value relative, for instance, to the neighboring Czech Republic, where it costs 4%.

Poland introduced three additional reforms last year to improve the country’s business environment. The first reform made it easier to transfer property by introducing online procedures and reducing notary fees. The second reform streamlined trading across borders by implementing a new terminal operating system and the port of Gdansk. The third reform made regulation more business-friendly by making connection to electricity less costly through revising the fee structure for new connection.

Poland also performed well in nearly all of the indicators included in the report – ranking well below 100 in nine of the ten categories included in Doing Business - showcasing the positive effect ongoing reforms are having on improving the business climate in the country.

The overall effectiveness of this report in both highlighting areas of success and areas for further reform in Poland is being bolstered by the introduction of a subnational Doing Business report, scheduled for publishing in 2015. This report aims to help the country identify further areas of improvement by studying business regulations for small- to midsize domestic firms across 18 cities in Poland. The report will be used to uncover good practices from the local context that can be leveraged to improve the business environment at the subnational level to stimulate small business activity, regulation reform, and overall efficiency of the regulatory climate throughout the country, not just in Warsaw, the capital.

While Poland's continued improvement in the ranking is undoubtedly a success story in itself, reform momentum is nonetheless needed to sustain this achievement - especially in the areas where Poland is lagging behind other countries, including starting a firm, dealing with construction permits and paying taxes. However, Poland’s proven track record in improving the business climate around the country over the last decade provides optimism that similar efforts will be undertaken by policymakers in the region in the years to come - leading to similar successes and improvements in Doing Business rankings.