Kampala: On the Road to Becoming a Comfortable City

KAMPALA, August 19, 2014 – In 2010, Kampala City was in desperate need of repair. Many city roads were riddled with potholes, most of the street lights were not working, and local government corruption interfered with the resources necessary to improve the city’s infrastructure and delivery of services to its citizens.

With the support of the Kampala Institution Infrastructure Development Project (KIIDP), the Kampala City Council was able to tackle those challenges and lay the foundation for a resilient, sustainable and organized city.

Jennifer Musisi, executive director of the Kampala Capital City Authority (KCCA), said it could have taken the city council a couple of years to achieve the infrastructure improvements had it not been for the KIIDP. The project also supported the efforts of the newly-created KCCA to improve the efficiency of the city council, she said.

The KIIDP, a three-year $33.6 million project supported by the World Bank Group, was designed to provide a more concentrated and comprehensive focus on institutional and fiscal strengthening of the city government.

" The project was conceived as the first of a three phase Adaptable Program Loan (APL) to provide support for the implementation of KCC’s long-term development program which would require step-by-step policy reform and institutional development over a sustained period. " 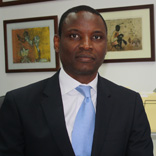 “The APL was designed to support the KCC reform process and therefore phased its activities in a manner that was intended to focus on institutional strengthening in the first phase, to build a solid foundation for expanding the focus on infrastructure investments in later phases,” said Moustapha Ndiaye, country manager for Uganda.

The focus on institutional outcomes was also supported by the KIIDP APL triggers, such as a new operational organizational system, and the establishment and implementation a formal public consultation process.

Under the infrastructure component, the project supported activities aimed at improving the provision of critical services to the city in the five priority areas which were critical for public confidence and contributed to the economic and commercial development of the city, including drainage system improvement, traffic management, road maintenance and upgrading and solid waste management..

Under the drainage system improvement, the project supported increasing the capacity of the Lubigi primary channel to a total length of 4 km. With the construction of the channel, extreme flooding of the city has been reduced from over 3-4 days to just hours.

“By undertaking remedial measures on four tertiary drainage “black spots” in various parts of the city, there was remarkable reduced flooding with the expansion of the capacities and lining of Lubigi secondary channels from 3.6 km to 4 km,” said Charles Tumwebaze, the project coordinator.

On traffic management, Martin Onyach-Olaa, the WBG project task team leader, noted that traffic congestion in the city has been growing fast due to poor road network, uncontrolled junctions and insufficient road capacity.

“Out of the 1200 km of roads in the city, only about 300 km are paved, and a significant portion of the unpaved network is heavily trafficked with over 300 vehicles per day, Onyach-Olaa said. “In order to address those challenges, KIIDP supported the reconstruction of five major roads in the city.”

The KIIDP also focused on rehabilitating high priority infrastructure, which included the undertaking and maintenance of about 26km of selected tarmac roads and upgrading of about 14.42km of high priority gravel roads to bitumen standard The five roads that were found to be critical to maintaining the productivity and welfare of the city included: Ttula-kawempe road, Kimera – Kasubi road, Kalerwe – Kawempe road, Bukoto – Kisasi road and Soweto – Kasanga road.

“The upgrading of the five major roads led to improved traffic flow through provision of traffic management infrastructure such as guard rails, signs and the improvements in five junctions by providing localized widening and signalizing,” Tumwebaze said.

Under solid waste management, the project supported the extension of Kampala’s biggest landfill – the Kitezi Landfill.

“Kitezi landfill was almost full, but with the support from the World Bank, the landfill was extended by six acres in order to boost its capacity for another three years,” Tumwebaze said.

Kampala: A City on the Rise