Consider this: Although most countries are on a sustainable path, nearly 45 percent of the 136 countries analyzed by the World Bank Group in its annual Little Green Data Book are depleting their "wealth" even as they show growth in annual income. As these countries grow, they are not compensating for depletion of natural resources with the risk that in the long term, growth will decline, as the wealth on which it is based erodes.

What do we mean by "wealth"? Broadly defined, a country’s total wealth includes the stocks of produced capital, natural capital, and human and social capital—all of which underpins the generation of national income. Natural capital in analysis presented in the Little Green Data Book includes minerals and energy, agricultural land, forests and protected areas. Our most commonly used indicator of country economic performance, GDP, only measures income, not wealth or how wealth is changing.

To help countries plan for more sustainable growth, a new indicator change in wealth per capita is now available for more than 200 countries in the World Development Indicators and Little Green Data Book. Change in wealth per capita measures whether countries are saving enough to offset depreciation of manufactured capital and depletion of natural capital while sustaining future economic growth for their (growing) populations.

Negative changes in wealth per capita—particularly over several years—imply that a country is becoming poorer by leaving behind fewer resources for future generations.

A new indicator for the World Bank Group

Building on this work, the World Bank Group took a decision to use the concept of Wealth Accounting more widely in its operations. This year, the International Development Association (IDA), the World Bank’s fund for the poorest countries, adopted change in wealth per capita for its Results Measurement System. The Results Measurement System measures progress on more than 20 indicators capturing economic growth as well as the human development priorities of ongoing IDA programs. The World Bank Group’s annual Corporate Scorecard, providing a snapshot of its performance will also include this sustainability indicator. The Systematic Country Diagnostic, a new tool to inform the partnership strategies of World Bank Group client countries, will also build on this wealth accounting framework.

"This measurement will allow both the World Bank and policymakers in our client countries to identify some of the threats to the sustainability of economic growth and poverty before it is too late to reverse the trend," said Juergen Voegele, World Bank Director, Agriculture and Environmental Services.

© World Bank Group
" [Wealth accounting] will allow both the World Bank and policymakers in our client countries to identify some of the threats to the sustainability of economic growth and poverty before it is too late to reverse the trend. "

The analyses of 136 countries compiled in the Little Green Data Book found that the share of countries with wealth depletion decreases as income levels increase, indicating that poorer countries face severe sustainability challenges. In Sub-Saharan Africa, 28 countries were found to be depleting their wealth in 2010.

These findings point to the need for including sustainability as part of the equation. The goals of the World Bank Group are to eradicate poverty and promote shared prosperity. In a world of finite planetary boundaries and natural resources it is important that any progress made toward these twin goals can be sustained in the long run and does not come at the cost of natural capital.

To operationalize the twin goals, two indicators—the number of people in extreme poverty and the income growth of the bottom 40 percent—were introduced with their adoption in April 2013. Yet measuring progress toward these goals requires a better understanding of the sustainability dimensions of progress, with measurable indicators.

"The World Bank has been constructing a global database of country-level comprehensive wealth measures since the 1990s.But this is the first systematic attempt at including wealth indicators in World Bank business," said Glenn-Marie Lange, head of the World Bank’s environmental economics and policy team.

In recent years, the demand for analysis using wealth indicators has grown and is helping resource-rich countries such as Ghana, Guinea, Guinea-Bissau, Indonesia, Liberia, Mauritania, Mozambique, Sierra Leone, and Timor L'Este, among others, to manage their natural capital, including minerals, forests, and fisheries. This has helped strengthen the World Bank’s dialogue with countries about linking economic growth and sustainable development strategies.

Increasingly, countries want and need greener and more inclusive growth, as well as better ways to measure it. Several countries are working with Wealth Accounting and Valuation of Ecosystem Services (WAVES), a World Bank-led global partnership, to include the value of natural capital in their national accounts and economic decision making.

The Little Green Data Book has data on other key sectors such as agriculture, forests and biodiversity, energy and emissions, water and sanitation, environment and health and oceans. Since the publication was launched in 2000, it has helped countries get a snapshot of their environmental data to get a more comprehensive picture of their economies. 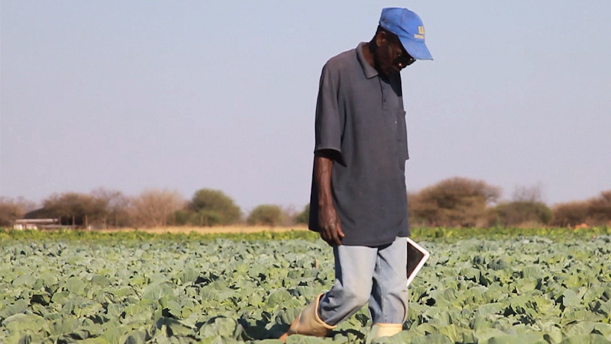