JOHANNESBURG, March 24, 2014 — In a move to tackle the century-old TB scourge among mineworkers, the governments of Lesotho, Mozambique, South Africa, and Swaziland will meet with mining industry, union representatives, development partners and other stakeholders, at a Ministerial Meeting on March 25, 2014, in Johannesburg, South Africa, to discuss a standardized approach to the management of TB in the mining industry across all four countries.

This Regional Ministerial Meeting on Harmonizing the Response to TB in the Mining Sector is being convened by the Government of South Africa and supported by the World Bank, the Stop TB Partnership, and the Global Fund to Fight AIDS, Tuberculosis and Malaria. It will showcase an innovative multi-sectoral, multi-country, public private partnership for addressing TB in the mining sector, which is paving the way for a new approach to regional health intervention. The objective is to discuss and agree on a regional strategy to bring down the TB rate among mineworkers, currently at 10 times the level that the WHO classifies as an emergency.

This meeting is an important step in the development of a truly regional approach to this disease – which affects cross-border migrant workers disproportionately, and cannot be tackled by any country alone. About half a million mineworkers in South Africa and about two million ex-mineworkers spread across the four countries are at high risk of TB in a sector which has a net asset value of $1.8 trillion, with mineral exports accounting for nearly 9% of South Africa’s GDP.

" Most community members come to us when they are already too sick after having been exposed unknowingly to the disease by their partners who work in the mines. "

The reason mineworkers in Southern Africa are particularly vulnerable to TB is their exposure to multiple risk factors as a result of their jobs, their living conditions, and their migrant lifestyles. Prolonged exposure to silica dust in often poorly ventilated deep mine shafts can cause silicosis, which increases the risk of pulmonary tuberculosis. Crowded dormitory-style living conditions and poor housing in informal settlements increase the risk of contracting the airborne disease. High rates of HIV also increase the likelihood of TB infection. And regular movements across borders provide a route for transmission of infections to families and communities in the workers’ home countries.

Furthermore, treating TB among mineworkers is particularly difficult due to their regular migration as treatment must be taken continuously and uninterrupted to avoid developing multi-drug resistant TB. In addition, health systems in the affected countries are not aligned, making it difficult to track and refer patients across provincial and national borders.

“Most community members come to us when they are already too sick after having been exposed unknowingly to the disease by their partners who work in the mines,” says Thembi Karigeni, a nurse at a public health facility in Carltonville, home to some of the world’s biggest mines.

There is a considerable lack of accurate information regarding TB among mineworkers, and studies are underway to try and understand the perception of mineworkers about TB.

“When I worked in the mines, I didn’t even believe that TB came from working in that environment. When we were recruited, no one ever told us about the risk that we would be exposed to,” says Vama Jele, 47, an ex-mineworker who worked in the industry for 17 years. Jele comes from a line of mineworkers in the rural Nhlangano District in Swaziland. His father was a mineworker and he has four brothers currently working in the mines in South Africa, two of whom are being treated for TB.

The multi-country, multi-sectoral public private partnership the ministerial meeting will present hopes to tackle issues like these and other barriers that prevent mineworkers from accessing needed health services. Also at the March 25th ministerial meeting, delegates will hear the preliminary findings of an ongoing study that analyzes the benefits and costs of TB prevention and control in the mines. The World Bank’s support to this work is part of the South Africa-World Bank Knowledge Hub for Service Delivery that was launched at the end of 2012. 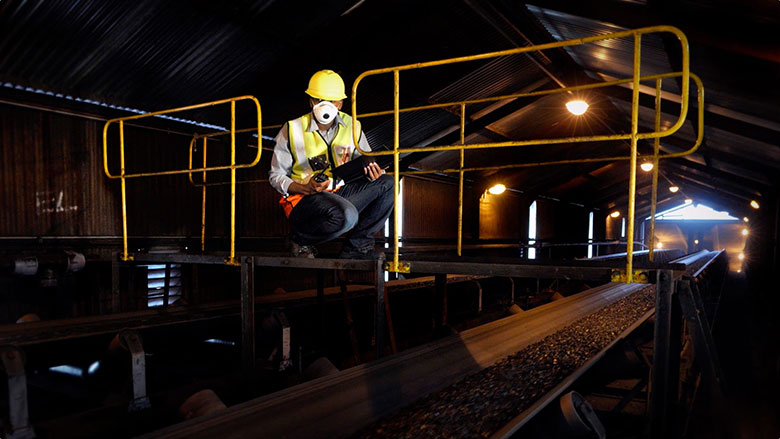