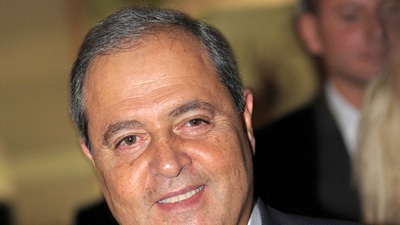 BRUSSELS, October 3, 2013--The World Bank on October 3 launched a new report: Tourism in Africa: Harnessing Tourism for Growth and Improved Livelihoods. In the following interview, Hassan Ahdab, Vice President and Regional Director of Operations for Africa and the Indian Ocean at Starwood Hotels & Resorts, discusses how Africa is becoming an attractive investment destination for his company and its clients.

WB: How does Starwood view Africa as an investment and tourist destination?

HA: Starwood views Africa as an important emerging growth market and despite political uncertainty in parts of the region, we continue to see demand for growth of all of our brands throughout the continent. Africa is also home to seven of the world’s 10 fastest growing economies. There could not be a better time to expand our footprint in Africa. From a vastly improving infrastructure, major investments from China, rapid economic growth, rising personal incomes and a growing middle class – we are seeing exciting changes that are driving the African future and we intend to be a part of it.

WB: What are some of the ways Starwood is growing in Africa?

HA: Starwood will increase its African portfolio by nearly 30% with 12 new hotels set to open over the next three years, adding nearly 3,000 guest rooms to the continent and creating thousands of local employment opportunities.  By 2016, Starwood will have nearly 50 hotels in Africa with new hotels confirmed to open in Algeria, Egypt, Libya, Nigeria, Mauritius and Senegal.

Highlights include three new hotels in Cairo, including a new  Le Méridien Cairo Airport Hotel which will open later this year, as well as a St. Regis and W Hotel which are due to open in the next three years. We will further grow our well-established Sheraton portfolio in Africa with the opening of three new Sheraron hotels in Dakar (Senegal), Annaba (Algeria) and Tripoli (Libya) – all due to open in 2015. Four Points by Sheraton, Starwood’s mid-market brand with a best-for-business approach, will also mark its debut on the African continent with the opening of four new Four Points by Sheraton hotels due to open in Oran (Algeria), Lagos, Benin City and Ibadan in Nigeria over the next three years.

With more than 70% of the world’s economic growth coming from fast-growing markets over the next few years, Starwood is focused on expansion in developing/developed markets such as Algeria, Egypt, South Africa and Nigeria - the latter is our largest growth market and very profitable for us - as well as key emerging markets including Angola, Ghana and the Ivory Coast where Starwood does not operate hotels yet. In order to achieve our growth targets we continue to add development resources in Africa.  Starwood has doubled its dedicated development team focused on growth in Africa, underscoring the company’s commitment to continued growth in the region.

WB: What changes have you seen over the years that have made Africa a more or less attractive destination for your guests?

HA: We have noticed that, over the past few years, African countries have implemented a variety of marketing campaigns, renovation initiatives and tourism “uplift” programmes in an attempt to attract international travel.

WB: What are some of the constraints to the hotel industry doing business in Africa?

HA: Generally, hotel development is always tied to broader economic growth. As these economies grow, demand for hotels generally follows and the rising level of hotel occupancy triggers even more hotel development. Political stability usually determines the sustainability of growth for many African countries. If political stability is secured, this can enhance foreign investment, helping build stronger institutions and ultimately create wider interest in travel for business and leisure. All this in turn will create a higher demand for internationally branded hotels. The challenges of tapping into new markets are not uniform across Africa and the potential of further hotel development varies a lot by market. There are some markets where it is a lack of funding, whereas in other markets it is a lack of qualified developers, scarcity of land or the non-existence of infrastructure that prevents new hotel developments.