Animation in Jamaica: the birth of an industry

The characters in a cartoon do things impossible to achieve in the real world, like swallowing a whole cake in one bite, surviving deadly falls or defeating indestructible monsters. Think now of a small developing nation dreaming of giving its youth a better chance in life by entering a world class industry dominated by the biggest powers on earth.

Would it need cartoon super-powers to achieve that? KingstOOn laid the foundations for that enterprise, bringing together lots of talented youths, political leaders who showed their will to act fast on this, and some of the biggest players in the global animation industry.

The storyboard and script for that success story is under construction, but a first solid step in the right direction was taken last week at the University of the West Indies in Kingston, Jamaica.

More than 900 participants attended the two-day festival, where they had the chance to learn from each other, but also from some industry leaders such as Bento Box and Toon Boom, a software company that works with Disney and other major studios.

“Animation is a worldwide industry, that generates billions of dollars every year. Many of the countries who used to be the outsourcing companies for the large studios - India, the Philippines, Korea – can show us the way for Jamaica,” said Ede Ijjasz-Vásquez, World Bank Sustainable Development Director.

" I think we could present a really strong force given time. "

Judging by the enthusiasm of the panelists walking around the halls of the UWI with their portfolios and actively engaging in the workshops, the general sense was that Jamaica does offer the creativity needed to become an animation hub that can compete with others in East Asia or Australia.

And the winner is…

But the two-day event wasn’t only about learning, networking and distributing resumes. There was a real competition. Creators, scriptwriters, animators and character creators gave their best to win the jurors’ vote.

The finalist projects were presented in a talent-reality-show format, so participants had to pitch their idea to the judges and defend their animations, scripts and story boards, and people in the audience could also cheer for their favorite production.

In the end, the winning projects were:

Clayton was personally asked by ToonBoom CEO, Joan Vogelesang, to send her the file of her animation “Down to Earth” for the company’s website. The winning works were also featured by The Gleaner.

“People would always ask me [at her university in the US]: ‘Oh, you're from Jamaica, what animation opportunities are there in Jamaica?’ But it's to see that they are trying to jumpstart an industry here, and there really is a lot of interest. I think we could present a really strong force given time,” said Clayton.

That strong force kept on gaining ground right after the event. As we write this article Bento Box and Capilano College are giving world-class training to the 70 finalists. On top of it, all the partners and sponsors of KingstOOn have comitted to push ahead with this effort of turning Jamaica into a serious player in the cartoon industry.

The event was also organized in collaboration with leading Jamaican universities and training programs, including The University of Technology (UTECH), UWI, and The Edna Manley College of the Visual and Performing Arts. 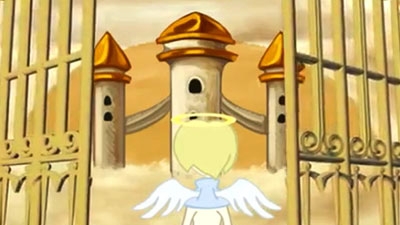 Animation & Jamaica: A match made in Heaven