Three Quarters of The World’s Poor Are “Unbanked”

Three quarters of the world’s poor don’t have a bank account, not only because of poverty, but the cost, travel distance and amount of paper work involved in opening an account, according to new data released by the World Bank.

About 25% of adults earning less than $2 a day have saved at a formal financial institution, according to the 2011 survey of about 150,000 people in 148 countries. The problem of being “unbanked” is also linked to income inequality: the richest 20% of adults in developing countries are more than twice as likely to have a formal account as the poorest 20%, according to the data collected by Gallup, Inc. for the World Bank’s Global Financial Inclusion Database. The Bank’s Development Research Group is building the database with a 10-year grant from the Bill & Melinda Gates Foundation.

The research offers the most comprehensive picture of how adults around the world save, borrow, make payments, and manage risk. Worldwide, 22% of adults report having saved at a formal financial institution in the past 12 months. More than half of the population in developing countries doesn’t have a bank account, compared with just 10% in rich countries.

"Providing financial services to the 2.5 billion people who are ‘unbanked’ could boost economic growth and opportunity for the world's poor,” said World Bank Group President Robert B. Zoellick. “Harnessing the power of financial services can really help people to pay for schooling, save for a home, or start a small business that can provide jobs for others. This new report on the world's 'unbanked' makes the case: the more poor people are banking today, the more they are banking on their future."

Even among those who do have a formal bank account, only 43% use their account to save. And 61% of account holders worldwide use their account to receive payments from an employer, the government or family members living elsewhere, according to the World Bank Global Financial Inclusion Database, or Global Findex.

Women make up a disproportionately large share of the unbanked. For example, while 37% of women in developing countries have an account, 46% of men do. That gap is even bigger among those in poverty: women living below $2 a day are 28% less likely than men to have a bank account.

“Financial tools for savings, insurance, payments, and credit are a vital need for poor people, especially women, and can help families and whole communities lift themselves out of poverty,” says Melinda Gates, co-chair of the Gates Foundation. “The Global Findex can enhance our understanding of how poor households access and use financial services.”

“Lacking a bank account often forces savers to resort to risky measures, such as putting money under the mattress,” says Asli Demirguc-Kunt, director of development policy and chief economist of the Finance and Private Sector Network, who co-authored the paper analyzing Global Findex data. “That makes it harder to build up reserves, let alone use credit, insurance and other complex formal financial tools,” she says.

The database also identifies the barriers to financial inclusion. Nearly two-thirds of the unbanked cite poverty as the main culprit, but within that group, about a third of them also blame the cost of opening and maintaining an account or the banks being too far away (which means long bus rides for many).

" Financial tools for savings, insurance, payments, and credit are a vital need for poor people, especially women, and can help families and whole communities lift themselves out of poverty "

“These barriers may have proved to be excessive, especially considering that many people can only set aside a very small amount of money each month,” says Leora Klapper, supervisor of the Global Findex and lead economist at the Development Research Group. “Policy makers should take note that adults who save informally find the physical, bureaucratic and cost barriers to opening a bank account to be especially prohibitive.”

Money transfers through mobile phones are a form of increasingly popular nontraditional banking, which often doesn’t require users to travel or set up an account at a brick-and-mortar bank. Such mobile banking, which allows account holders to pay bills, make deposits or conduct other transactions via text messaging, has expanded to16% of the market in Sub-Saharan Africa, where traditional banking has been hampered by transportation and other infrastructure problems. In particular, Kenya has seen impressive growth in that market, with 68% of adults using a mobile phone for money transactions.

The widespread use of informal-savings mechanisms suggests a missed opportunity for the market to provide safe, affordable financial products to the unbanked. For example, adults who don’t use banks or other formal financial institutions often turn to fairly sophisticated methods to manage their finances, such as rotating-savings clubs or credit associations. Each week, those clubs pool deposits from members and give the entire collection to a designated member. The practice is particularly popular in Sub-Saharan Africa, where 48% of savers use an informal savings club or person outside the family to save. In Nigeria, 69% of adults who save use the clubs, also known there as esusu, ajo, cha, or adashi.

The questionnaires used for the survey, available in 15 languages, can be found here. The World Bank encourages countries to use the questions to collect more financial inclusion data, by adding them into censuses or other national surveys.

Who are the Unbanked? 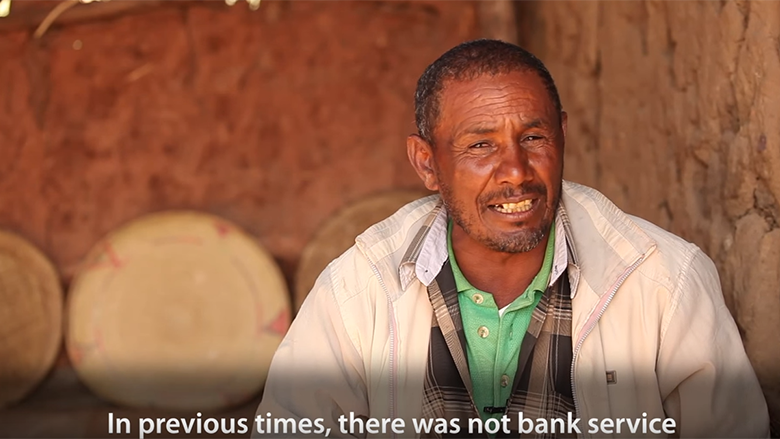 Farmer Benefits From Banking in Ethiopia 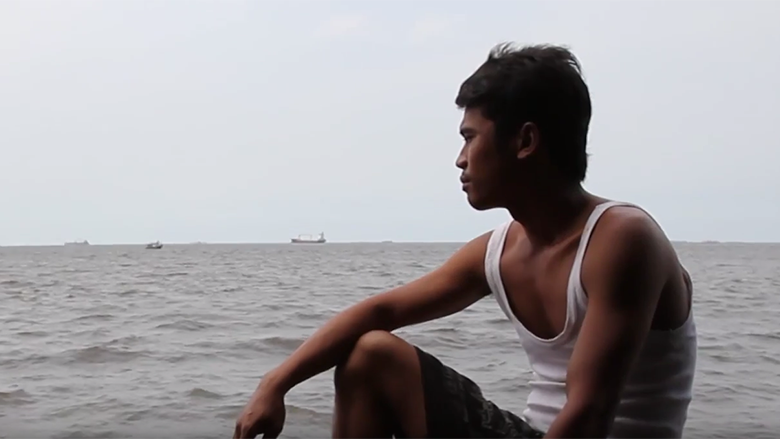