Government Policy Responses to COVID-19 and the Private Sector in Africa: Lessons from Ethiopia 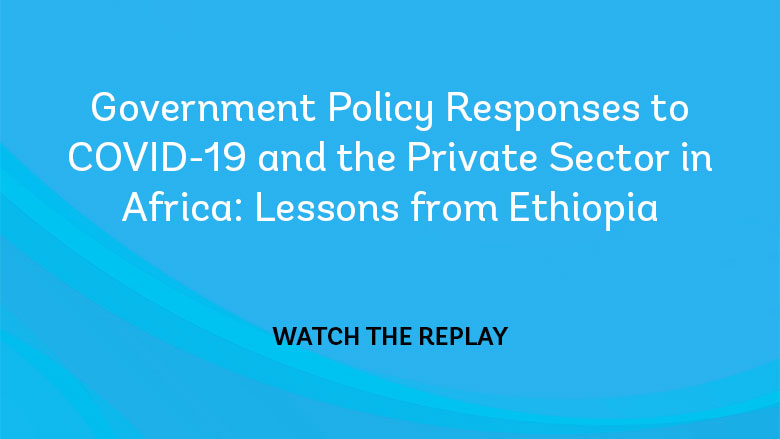 As countries in Sub-Saharan Africa try to mitigate the impact of the novel coronavirus on lives and livelihoods, they have imposed various restrictions within and across countries. The private sector has been hit by these containment measures, both the informal firms and large companies. Honorable Arkebe Oqubay, Senior Minister and Special Adviser to the Prime Minister of Ethiopia will discuss COVID-19 impacts in the country and the measures that his government is taking to support businesses and save jobs.