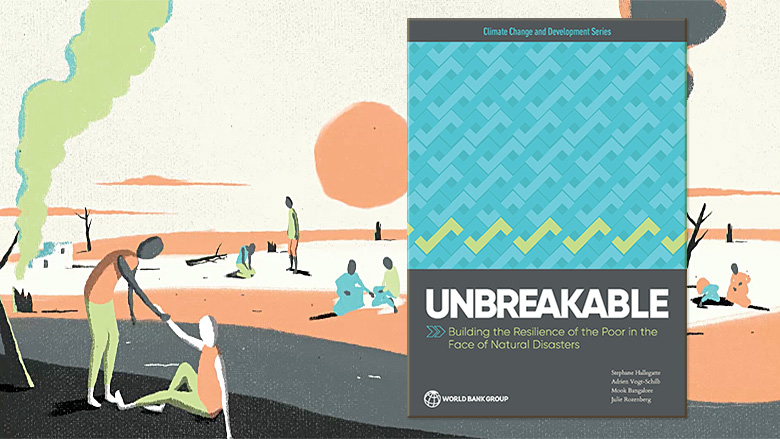 In 2013, an estimated one million Filipinos were plunged into poverty after Typhoon Haiyan sapped $12.9 billion from the national economy and destroyed over a million homes. And this is not an exception. Whenever disaster strikes, it leaves more than just a trail of devastation—it also leaves communities further in the grip of poverty. The World Bank’s “Unbreakable” report finds the impact of disasters on poverty is more devastating than previously understood, driving annual consumption losses of US$520 billion and pushing 26 million people into poverty every year.

While setting out a new framework for understanding disaster impacts on the poor, “Unbreakable” also offers a roadmap to help countries better understand and choose an appropriate mix of risk reduction investments (such as embankments and other flood protection) and other resilience-enhancing preparedness measures (such as early warning and disaster-linked social protection).

Drawing on Japan’s history of managing disaster risks for sustainable growth, this seminar will showcase the key findings of the report and how it is already being applied by developing countries to take on their disaster risks and reduce poverty through increased resilience.

*This session will be recorded for later viewing.

Launched at COP22, the report, Unbreakable: Building the Resilience of the Poor in the Face of Natural Disasters underscores the urgency for climate-smart policies that better protect the World’s most vulnerable. The 18th DRM seminar, held on March 9th, 2017 in Tokyo, presented key findings of this report that sets out a new framework for understanding disaster impacts on the poor. The report emphasizes that the impact of disasters on poverty is more devastating than previously understood, driving annual consumption losses of US$520 billion and pushing 26 million people into poverty every year.

Stephane Hallegatte, Lead Economist, Global Facility for Disaster Reduction and Recovery (GFDRR) and lead author of the “Unbreakable” report presented three key messages from the report:
• Disaster risk management (DRM) is synonymous with reducing poverty;
• Natural disasters affect the well-being more than traditionally estimated, and
• DRM relies on preventing natural hazards from turning into disasters and on increasing the capacity of the population to cope with and recover from the hazards they do face.

The report models the losses in terms of well-being, not only asset, accounting for differences between poor and non-poor people.

“The report does not intend to replace socio- economic analysis with well-being analysis; on the contrary, [this analysis] complements it”, Stephane Hallegatte

Satoru Nishikawa, Executive Director of Research, Japan Center for Area Development Research, JCADR, discussed the historical growth and experiences of Japan in reducing and managing the disasters going back to the 7-8th century. Japan believes that DRM is connected with sustainable development and poverty reduction and that it not only saves life but livelihoods, as well. The Japanese experience of early warning systems shows how efficiency and timeliness can be developed. Dr. Nishikawa emphasized that lessons learned from the disasters should focus on success stories, as well as failures, in order to draw positive lessons for action.

“In Japan, people are no longer scared of typhoons. We are proud of this, but it worries us at the same time. What [we] don’t know is how much effort and preparedness has gone into overcoming this hazard and that [we] should continue to respond to the early warnings”, Satoru Nishikawa

Masahiro Shoji, Associate Professor of Economics, Seijo University, reviewed the report and supported the shift to estimating well-being loss as a useful method to complement our understanding of disaster resilience and poverty. The report presents a comprehensive argument for an effective mix of policies. He suggested that further analysis should focus on the importance of community building. Many societies do not demonstrate high levels of trust, which can hamper evacuation in a disaster event. Traditionally, Japan has taken an approach, where social capital and trust aid disaster preparedness and recovery efforts – lessons that can help developing countries, as well. 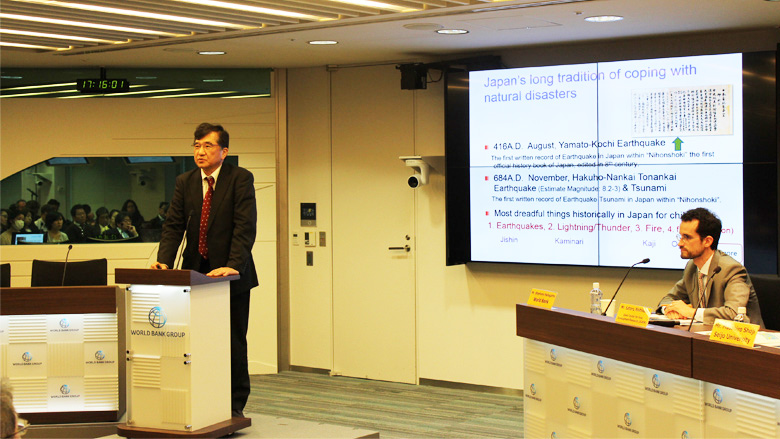 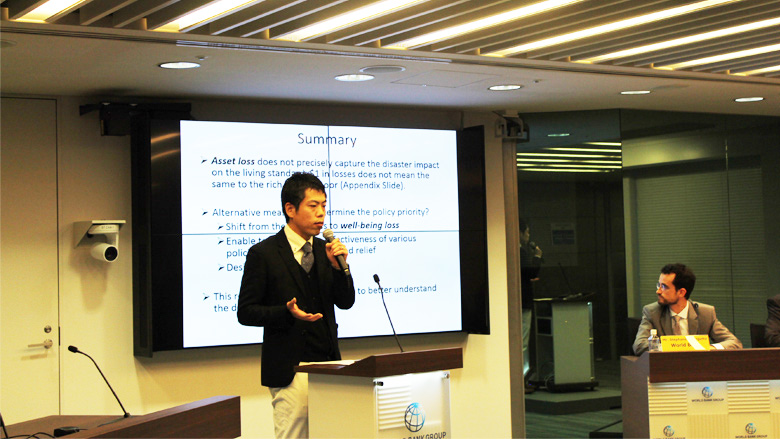 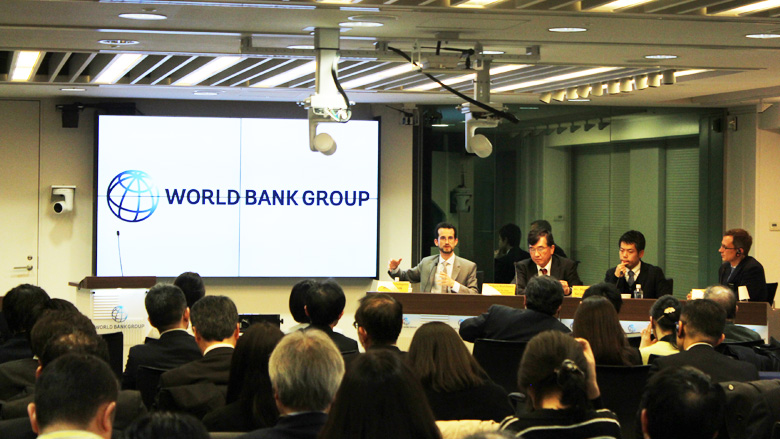