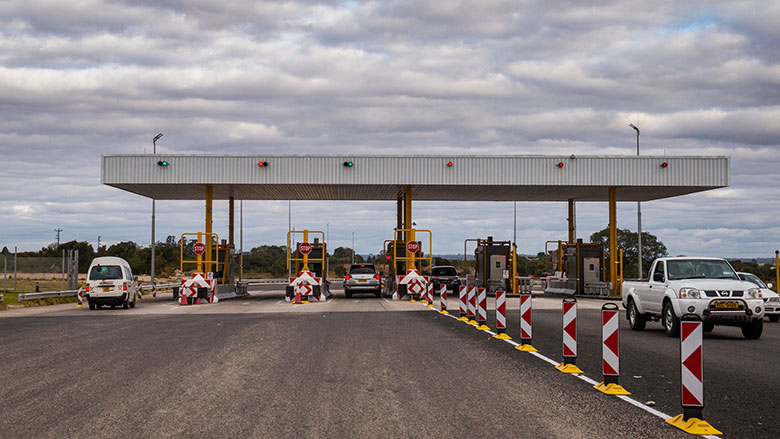 There’s not much public sector money for infrastructure in Zimbabwe as most of it is spent on wages.

HARARE, June 21, 2017—The scale of Zimbabwe’s public sector is exceptional for a country of its level of income and the scope of it is a challenge to manage effectively, says a new joint Government of Zimbabwe–World Bank Group Public Expenditure Review. The first five volumes of the report are part of an evidence-based series designed to strengthen the basis for public expenditure policy in Zimbabwe: 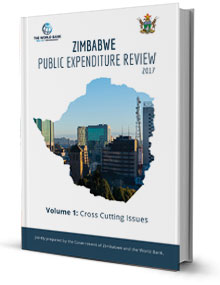 Conservatively estimated at around 50 percent of GDP, the scale and scope of Zimbabwe’s public sector are exceptional for a country of its population (15.6 million plus), as well as its size and low income status. Revenue generation remains vigorous, with Zimbabwe’s ability to raise taxes and revenues reflecting the fact that citizens and firms are willing to pay for public services.

But, because public spending is dominated by personnel costs, the government’s ability is limited—both in terms of delivering public services and in terms of conducting sound fiscal policy. Both the country’s capital budget and basic operations are underfinanced.

The central government accounts for about half of the country’s total public spending and 25% of GDP. These expenditures are well accounted for in the public financial management system as well as being subject to parliamentary oversight. Public spending by local authorities and state-owned enterprises or parastatals represents over 20% of Zimbabwe’s GDP but has been subject to less oversight. Coordinating spending across these different arms of the state has also been a challenge.

The PER advocates in favor of producing a consolidated set of public sector accounts, seeing them as a key step toward improving the government’s management of its expenditure overall. 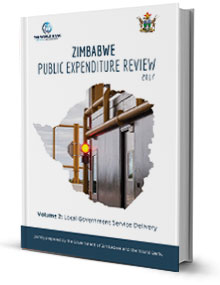 The 2013 Constitution of Zimbabwe reinforced the administrative and financial autonomy of local governments, but the fiscal space has not kept pace with service delivery needs. The PER’s second volume estimates that total local government spending reached US$1.2 billion or 8 percent of GDP in 2014, the most recent year for which data could be compiled.

These expenditures have exceeded revenues by over 50% since 2013; thus, the fiscal stance of local authorities is neither stable nor sustainable. Service delivery was, however, improved in areas that applied cost-recovery tariffs. Ultimately, ensuring service delivery at the local level will require both improvements in the capacity of local governments to collect local revenues and the implementation of the intergovernmental transfer system envisaged in the Constitution. 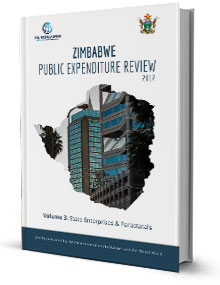 Public Expenditure Review (PER) - Volume 3
Volume 3 examines the financial and operational performance of State-owned Enterprises and Parastatals (SEPs), which play an especially significant role in Zimbabwe’s economy. SEPs are responsible for much of the nation’s core infrastructure and dominate key sectors such as energy, transportation, communications, and agriculture. Aggregate value-added, generated by SEPs, fell from 16.8% of GDP in 2012 to 13.4% in 2014. SEP tax contributions also fell and fiscal transfers increased.

The PER’s third volume finds that the financial and operational performance of SEPs stems from weak corporate governance and fragmented oversight mechanisms. The government has announced plans to prepare a Public Entities Corporate Governance Bill which, if implemented, will apply Zimbabwe’s good practice National Corporate Governance Code to its SEPs. 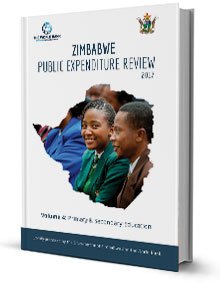 Public Expenditure Review (PER) - Volume 4
Volume 4 analyses public, household, and donor spending on primary and secondary education from 2009 to 2015, with a focus on its effectiveness, efficiency, and equity.

In 2014, public and private sources each accounted for just under US$800 million in education spending, while donors contributed another US$50 million. Total spending on primary and secondary education reached over 10% of GDP, which is comparatively high for countries with Zimbabwe’s income level. However, public education spending is dominated by employment costs (a full 99% in 2014) with little to no resources available for capital investment, maintenance, or school supplies.

Schools rely almost exclusively on parents’ contributions to fund non-wage costs. These factors are contributing to a widening infrastructure deficit as the school-age population is expanding. And there are growing inequalities in access to education. 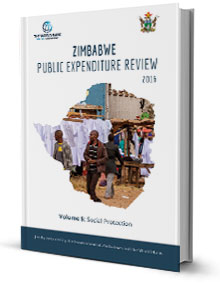 Public Expenditure Review (PER) - Volume 5
Volume 5 analyzes trends in social protection spending, which are driven by Zimbabwe’s social-insurance systems. Public spending on social insurance rose from 2% of GDP in 2010 to 4.4% in 2015. However, at the same time, spending on social safety nets dropped from 1.9% of GDP to 0.7%. Two-thirds of social protection spending is devoted to civil service pensions, which cover 1.3% of the population. The remaining third includes spending on the Harmonized Social Cash Transfer (HSCT), which is targeted to lower-income households.

Other volumes of the PER are planned for publication in September 2018.