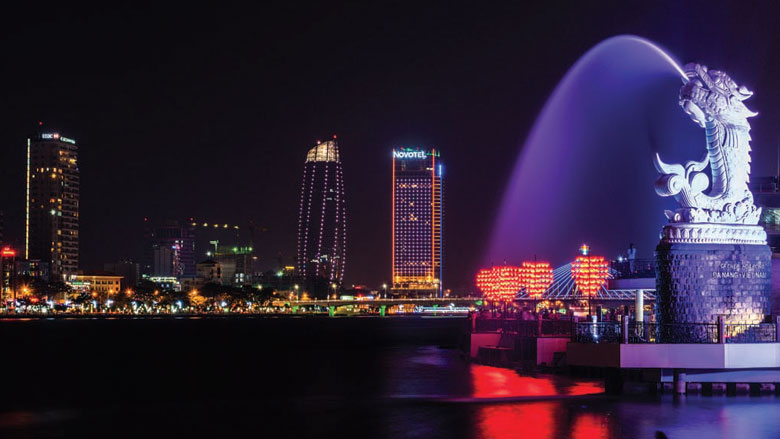 The World Bank’s partnership with Da Nang City has expanded from basic infrastructure, to a multi-sectoral approach that emphasizes integration and coordination across institutions to obtain higher impact and sustainable development.

Da Nang was one of three provinces included in the Three Cities Sanitation Project, for which it received an IDA credit of $30.8 million. The project focused on improving drainage, sewerage, and solid waste management throughout the city and also provided institutional support. The project benefited 738,000 citizens in Da Nang through reliable drainage and sewage systems, solid waste management and on-plot sanitation, reducing their vulnerability to flooding and other environmental risks including diseases. With improved management skills and efficient operation, the city’s annual solid waste collection and disposal has reached 180,000 tons, 6% higher than the original target of 170,000 tons. In addition, Da Nang was the first city in Vietnam that successfully privatized a contract for sludge removal and treatment.

Over 500,000 people in low-income neighborhoods in Da Nang have benefited from increased access to basic services. In the project’s low-income areas, 95.5% of urban households gained access to on-plot piped water supply and 97.5% of households have drainage and waste water collection facilities. With a comprehensive wastewater management strategy and full cost-recovery policy, Da Nang has been able to provide an efficient and self-financed wastewater collection and treatment system. The principles of urban upgrading have now been fully integrated within the city’s programs. Other Vietnamese cities are trying to emulate Da Nang’s model.

The project also provided close to 220,000 people access to all-season roads. The technical support financed by the project helped Da Nang create a new public transport authority, the Da Nang Traffic and Public Transport Management Centre. This helped change the institutional focus from street and road construction and maintenance to a broader urban transport agenda that includes traffic management and implementation and management of public transport.

The project also placed an emphasis on institutional development and capacity building, and provided technical assistance on master planning and urban transport planning in partnership with the Governments of Australia, Singapore and Japan.

From 2013, investments in PIIP were scaled up in the Da Nang Sustainable City Development Project (SCDP), with $ 272 million financing from IDA. This project’s objective is to expand access of city residents to improved drainage, wastewater collection and treatment services, the arterial road network, and public transport. The project includes the following components: (i) drainage and wastewater improvement; (ii) bus rapid transit development; (iii) strategic roads; and (iv) technical assistance and capacity building.

By 2019, Da Nang will become the first city in Vietnam to have separate municipal wastewater collection and treatment and sewers systems. These investments will contribute to the overall tourism development of the My An – My Khe area, one of the most beautiful beaches in the world.

The project supports Da Nang to develop a comprehensive public transport system, comprising of regular bus services (DANA Bus) and high capacity Bus Rapid Transit, with an integrated service plan and a single smart card system. The city has commissioned six Dana bus services in 2017 and will deploy another six in 2018. In the long term, the new Dana Bus and BRT system will trigger changes in land use planning for more compact and dense development. This, in turn,  will help citizens move away from using cars and motorbikes by making public and non-motorized transport a much more viable choice. 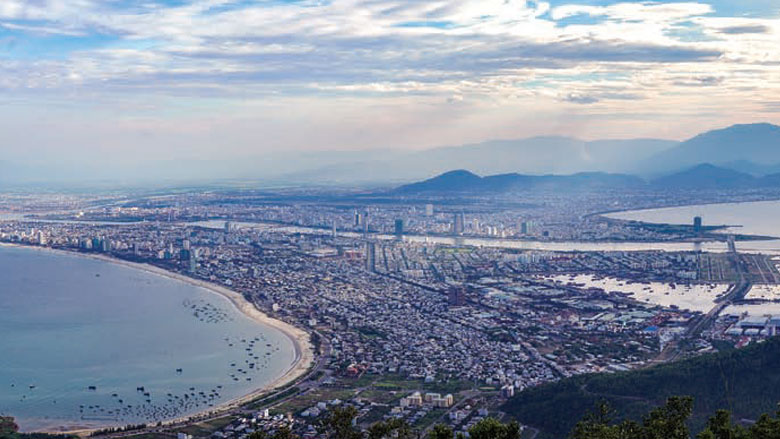 Da Nang has a long-term vision to play an increasingly critical role as an international gateway and regional transport hub, through the development of a new port and improvement of multi-modal connectivity via railway and roads. To that end, the city is considering the relocation of the existing railway station from the current inner city area to the city’s outskirts, closer to the new port area, and plans to re-develop the valuable urban core areas around the existing station. This ambitious plan presents opportunities to improve the inter-city connectivity and livability of inner city, and to employ innovative urban development mechanisms including transit-oriented development, land-value capture, and public-private partnerships. The World Bank supports the city’s approach and will continue working with the city to further examine the feasibility of this proposal.