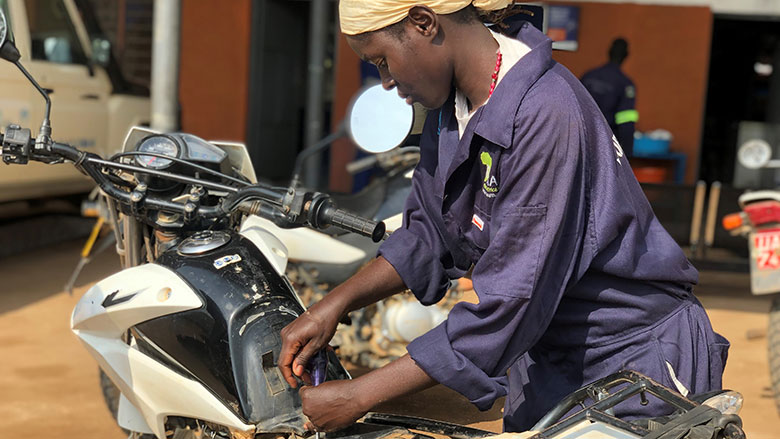 KAMPALA, October 1, 2019 – Uganda has been generously hosting refugees and asylum seekers for decades, with an estimated 1.3 million refugees currently living in the country. Most refugees are from South Sudan, Democratic Republic of Congo, Somalia, South Sudan, Rwanda, Eritrea and Burundi.

The country hosts the largest number of refugees in Africa and the third largest in the world, which is straining the capacity and sustainability of the refugee hosting approach particularly as refugees continue to flee civil conflict in these countries.

To better understand the socio-economic welfare and wellbeing of refugees living in Uganda and their host communities, the World Bank Group, the Uganda Bureau of Statistics and the Office (UBOS) of the Prime Minister, have worked closely together on a new household survey report, Informing the Refugee Policy Response in Uganda, which analyzes the socio-economic profile, poverty, and vulnerability of refugees and host communities to inform policy, planning and programming for the national refugee response.

The survey is representative of the refugee and host population in Uganda, as well as the refugee and host population in the West Nile and South West regions, and the city of Kampala. The sample frame for hosts was the 2014 Population Census, while UBOS constructed a new sample frame for refugees, and data was collected from a total of 2,200 households, in all the 13 host districts in Uganda.

Sustaining the progressive and generous refugee and asylum space

Government’s Refugee and Host Population Empowerment (ReHoPE) strategy provides a national framework for making refugees part and parcel of the development agenda, and to ensure that there is peaceful coexistence between refugees and Ugandans, equip refugees with skills and knowledge to rebuild their countries of origin once peace is assured.

The country’s 2006 Refugee Act therefore provides free healthcare and education in refugee settlements and permits refugees to move freely and work in the country, establish businesses, and access public services such as health, education water and sanitation. Refugees are also allocated small plots of land for housing and farming.

“Recent arrivals of refugees have put additional pressure on the public services delivery system, and to some central elements of the response approach, such as land available for refugee use,” said Carolina Mejia-Mantilla, World Bank Senior Economist and lead author of the report. “With this report, government and development partners have a strong evidence base to make informed decisions, including targeting of social programs to improve the living conditions of refugees and hosts.”

The report shows that refugees have similar rates of access to basic services compared to host communities, and in some cases, these rates are slightly higher due to the compelling humanitarian response. About 95% of refugees and 66% of hosts have access to improved water and access to electricity stands at around 50% for both populations.

Uganda's policy of providing education is leading to equitable school enrollment rates for primary school-age children. Sixty-five percent of refugees have enrolled their children to primary schools at a similar rate to that of hosts at 68 percent. However, completion rates and secondary enrollment rates are low for both populations but particularly for refugees. Also, access to improved sanitation remains low for both populations.

Moreover, the report shows similar illness prevalence rates between hosts and refugees: 30 percent of both populations report having some form of illness in the past month. Also, more than 80% of refugees and hosts consulted a healthcare provider when sick. Refugees report being geographically closer to health centers: 75%of refugees report traveling at most three kilometers to reach a healthcare center when ill, while 65% of hosts report the same experience. This is explained by the provision of healthcare services for refugees by non-governmental organizations within or very close to their settlements.

The report notes that refugees also contribute to the local economy in various ways, and there are signs of social integration. They purchase goods and services in the local markets, and around 54 percent sell what they manage to grow on their small plots of land. One in five refugee households owns a non-agricultural enterprise. The participation of refugees in agricultural production is linked to a distinct accomplishment by international standards: around 50% of refugees have access to land. Nonetheless, weather shocks and low access to agricultural inputs constrain the productivity of those engaged in agriculture.

Boosting shared prosperity for both refugees and hosts

But despite feeling safe and secure, refugees live in precarious conditions. About half of the refugee population in the country (48%) endure poverty, considerably higher than the poverty incidence for the host population at 17%. Poverty among refugees is highest in the West Nile region of the country where nearly 60% of refugees are poor and around 30% of hosts are poor. Moreover, around 54% of refugees report humanitarian assistance as their main source of income, compared to less than 2% for hosts. Their inability to generate income is constrained by low levels of human capital, and very few (less than 8%) have received skills or jobs training.

“Refugees are a young, untapped source of labor, with lots of potential. Programs that stimulate varied skills initiatives and encourage labor demand in hosting areas can significantly improve their wellbeing, and at the same time help develop these regions economically,” said Tony Thompson, World Bank Country Manager for Uganda. “Uganda should continue to show the rest of the world that hosting refugees can translate into opportunity for the hosts.”

The report recommends measures to improve self-reliance of refugees and communities that host them to enhance both their living conditions, and contribution to the Ugandan economy. These include raising the productivity of agricultural activities through the provision of inputs and extension services, as well as creating job opportunities in non-agricultural sectors.

To increase their chances of employment, training and skills programs are also crucial, the report says, as well as investing in access to basic social services, using social groups and associations to implement refugee programmes such as mentoring, skills training, and providing extension services will ensure that refugees continue to feel safe and welcome in Uganda.