Households in Tajikistan are particularly vulnerable to shocks. Among many other indicators, the Listening to Tajikistan (L2TJK) survey continuously monitors life satisfaction in Tajikistan, providing information that can help to quantify the severity of shocks, and their importance for wellbeing.

A comprehensive review of the first 24 rounds of the L2TJK survey (covering the period between May 2015 to December 2016) has found strong associations between monthly changes in subjective wellbeing on the one hand, and food security, income, employment, sending household members abroad, illness, and paying for medical expenses on the other. Detailed results on these issues can be found in the 2-page briefs on the right-hand side of this page.

Identifying the drivers of changes in subjective wellbeing and life satisfaction is important because many traditional economic indicators, which tend to focus on monetary values, do not capture similar information. For instance, life satisfaction is often only weakly associated with overall economic activity, a finding commonly referred to as the Easterlin Paradox. The differences between monetary and subjective measures of welfare can be striking: if we were to focus on GDP only, we would be blind to the fact that life satisfaction in Tajikistan is much higher than the average in the region, even in comparison to richer countries (figure 1). 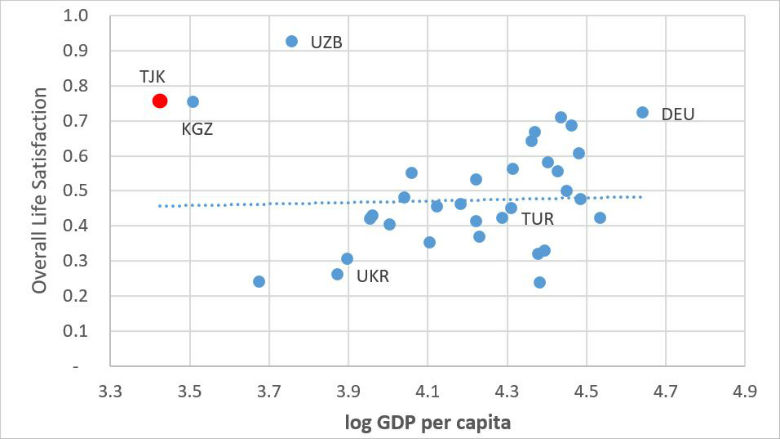 Another reason to monitor subjective wellbeing in Tajikistan is that such measures can allow analysts to quickly identify factors that drive improvements or deteriorations in people’s wellbeing. The L2TJK results show that although the average level of subjective wellbeing across the entire population in Tajikistan is remarkably stable over time, changes from one month to the next at the household level are also common.

Table 1 reports these household-level changes for the period between May 2015 and December 2016: although “no change” is most common (the diagonal) many people report changes in their life satisfaction between the past interview (the rows) and the more recent interview (columns).

Table 1: Transitions in Life Satisfaction at the Individual Level between L2TJK Rounds

Using statistical analysis to understand these transitions allows us to quantify the drivers of these changes, and use that information to inform the policy discussion in Tajikistan. As figure 2 shows, the results from the L2TJK survey help identify the relative importance of both positive and negative shocks for reported subjective wellbeing.

One clear message from this analysis is that lacking access to what the respondent believes is a sufficient amount of food is very strongly related to life satisfaction in Tajikistan. When a household goes from sufficient to insufficient, it is often accompanied by a large drop in wellbeing (Figure 2 - in red), relative to other types of shocks.

In contrast, when a household goes from insufficient to sufficient, it is very often accompanied by a large improvement in reported subjective wellbeing (Figure 2 - in green). Although these measures are subjective, they indicate a durable relationship between food security and subjective wellbeing that might not be otherwise evident using traditional monetary indicators. 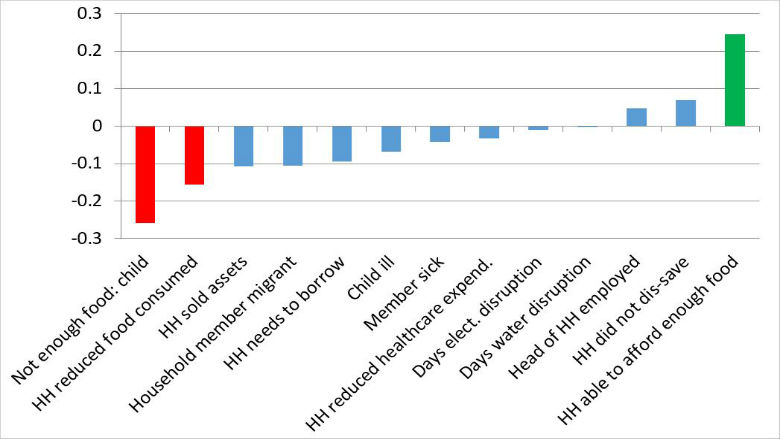 Figure 2: Contribution to Change in Subjective Wellbeing (on a 5-point scale) from L2TJK Survey.

In February 2017, World Bank Economists William Seitz and Alisher Rajabov presented these findings during the meeting of the Poverty Council of Tajikistan. In their presentation, they encouraged the adoption of similar indicators in the Government’s official welfare monitoring strategy.

Although few people would say that life satisfaction is unimportant, in many countries, it is not measured regularly by official statistical agencies. In the context of ongoing improvements to the Household Budget Survey of Tajikistan, introducing new official measures of this type would help policy-makers, the public, and other development partners to formulate and prioritize responses to address the country’s challenges. 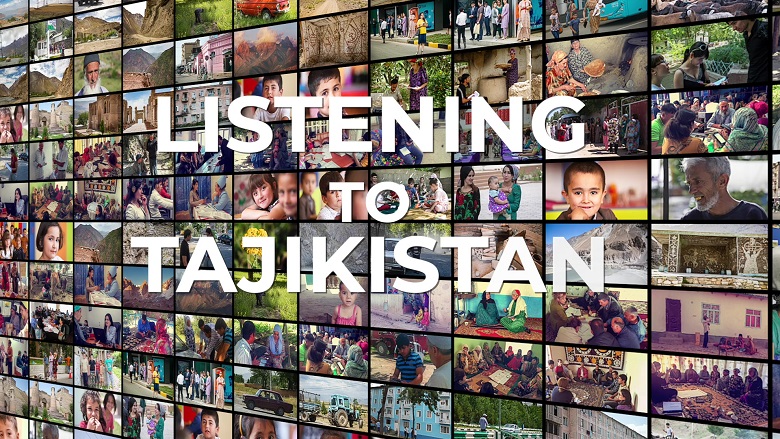 Economic and Social Impacts of COVID-19

Update from Listening to Tajikistan 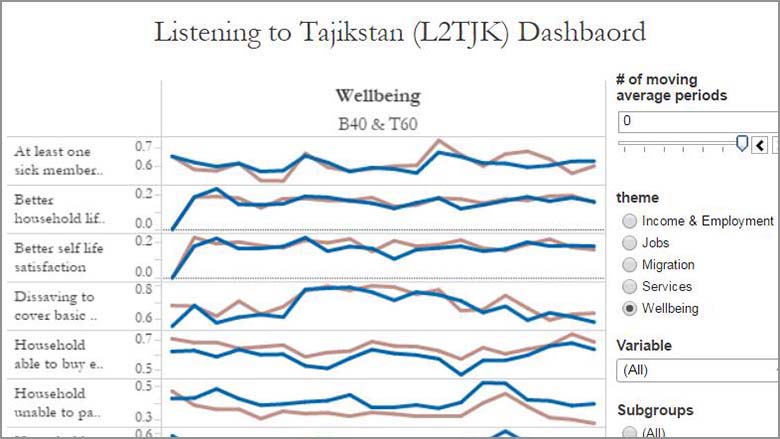