Global activity is now moderating after a strong recovery from the pandemic-induced recession. Following a sharp rebound in the second half of 2020, the pace of global growth eased in the first half of 2021, held back by renewed COVID-19 outbreaks. Growth in trade has lost momentum amid easing of global economic activity and persistent supply bottlenecks.

Russia’s economy saw a strong rebound in the first half of 2021 and is expected to grow by 4.3 percent this year. However, the momentum weakened in the second half of the year.

As COVID-19 restrictions were eased in Russia in late 2020 and early 2021, consumer demand surged ahead in the second quarter, supported by savings built up over 2020 and rapid credit growth. Investment in Russia was also strong in the second quarter of 2021 and the current account surplus reached multiyear highs on elevated commodity prices and low outbound tourism and reached $82 billion by September 2021.

However, by autumn it became clear that a damaging new pandemic wave was underway which, with relatively low vaccination rates, is a risk to both economic activity and human health. With new COVID control measures and the consumer rebound fizzling out, economic activity cooled in the third quarter.

Inflation has been on the rise throughout 2021 as Russia copes with high demand, rising commodity prices and supply bottlenecks. The Central Bank of Russia (CBR) was one of the first central banks to begin tightening monetary policy in 2021 as inflation moved above the CBR’s target rate from December 2020. Since March, it has raised rates six times, by a total of 325 basis points to stand at 7.5 percent at end-October. This move has helped maintain real interest rates around zero and shift monetary policy from an accommodative to a neutral stance.

The Russian banking sector has proven resilient throughout the COVID-19 pandemic so far, as economic recovery now helps improve balance sheets, while rapid credit growth has begun to ease.

Over the first nine months of the year, Russia’s federal budget has seen impressive increases in revenues; oil and gas revenues were up by 60 percent, and VAT and income taxes by around 30 percent each. The overall budget deficit, on a four-quarter rolling basis, shrank from 3.8 percent at end-2020 to around 1 percent in the third quarter of 2021.High oil and gas revenues meant the CBR purchased $35 billion of foreign exchange on behalf of the government during January to November 2021, to be channeled to the National Wealth Fund in 2022.

Labor markets have also recovered. Job postings from employers in 2021 jumped up 24 percent year-on-year in the second quarter and the ratio of unemployed people to job posts has fallen.

Real wage growth, which was maintained just above 2 percent in 2020, has continued this year, at an average of 2.5 percent to end-August.

As the world moves into the third year of the COVID-19 pandemic, global growth is expected to moderate next year to 4.3 percent. Inflation is expected to ease gradually over 2022, but inflation rates are likely to remain above the target level for most of the year.

Growth in Russia is forecast at 2.4 percent in 2022, on the back of a continually strong oil sector, before slowing down to 1.8 percent in 2023. With vaccination rates still low, COVID-19 control measures may be called for next year, which will weigh significantly on growth.

Uncertainty around inflation remains high. Should inflation prove more persistent than expected, or if the economy faces headwinds, including from the Federal Reserve’s planned unwinding of quantitative easing in the United States, monetary policy may need to be tightened for longer, which may also adversely affect the growth outlook.

Russia’s longer-term economic prospects will depend on a number of factors. Among these, Russia continues to face relatively low potential growth which, unless addressed, will impede its ability to achieve high-level development goals and, raise incomes and living standards. Success will depend on strengthening frameworks and market-based incentives for firms to compete, innovation and building value, both domestically and through links to global value chains.

Another factor that will impact Russia’s economy in the longer-term, is the country’s new Low-Carbon Development Strategy, released by the Government on October 29, 2021. Presenting an opportunity to spur green growth, it sets out a much more ambitious scenario of climate change mitigation, which would see a 70 percent reduction in net emissions by 2050 and net carbon neutrality 10 years after that.

The strategy sets out to raise growth at the same time as greening the economy, targeting average growth of at least 3 percent per year. This ambitious twin goal of growing and greening will call for a simultaneous focus on addressing pre-existing economy-wide constraints to growth and competitiveness, while limiting the costs of green transition and taking full advantage of the opportunities it may afford.

While a much remains uncertain about the global green transition, the pace of change is likely to gain momentum as more countries announce plans to become carbon neutral. So far, more than 60 countries, representing over 80 percent of the world economy, have expressed aspirations to reach carbon neutrality in the coming decades. There are signs of concrete policy changes in some countries around the world. It is in this context that Russia has stated its ambitions to become carbon neutral by 2060.

The special topic in this report presents scenarios and options for Russia to identify appropriate risk management approaches to the green transition of its economy. In an uncertain and changing global environment, proactive domestic policy action on climate change is an effective and robust strategy for managing risks that might otherwise impose a more disorderly and costly transition on Russia. Global green transition can also offer an opportunity to transform the economy for the better and thereby create potential for higher and more diversified growth.

The report notes that green transition calls for an overhaul of policy frameworks to change entrenched investment decisions and behavior of firms and households. Carbon pricing is a central enabler. Taking various forms – usually a tax or a tradeable permit system - carbon pricing ensures market-based incentives for all actors to account for the social cost of carbon emissions.

A successful transition will also require broader diversification of the assets of the country – including human capital, renewable natural capital, and a shift to “green” produced capital. Resources raised from carbon pricing can support this ambition, but just as important will be investing in softer assets, such as institutions, governance, innovation and entrepreneurship. This would be part of a broader reform agenda to enable the emergence of a more dynamic, competitive, and innovative private sector to take the leading role in creating an internationally competitive low-carbon Russian economy.

In its forthcoming Russia Climate Change and Development Report, the World Bank will cover sectoral challenges and opportunities, economywide enablers, and the inclusion and social aspects of green transition.

Accompanying this edition of the Russia Economic Report, a special report on consumer energy subsidies in Russia analyzes how these significant resources can also lead to increased emissions and reduced economic efficiency. New estimates by the World Bank show that Russia’s consumer subsidies on electricity, gas and petroleum amounted to 1.4 percent of GDP in 2019. By redeploying these resources, the authorities could increase GDP and ensure that no consumers are left worse off, while at the same time reducing emissions and moving forward with Russia’s ambitious goal of greener economic development. 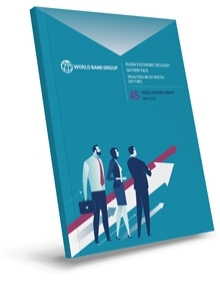 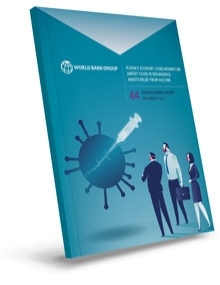 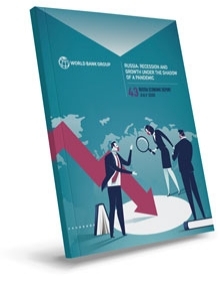 Recession and Growth under the Shadow of a Pandemic 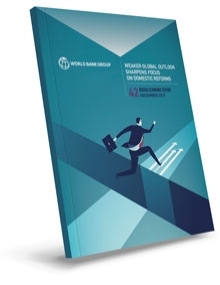 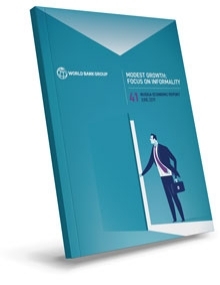 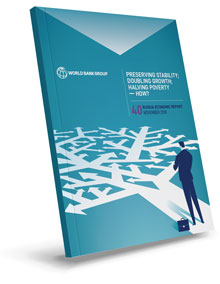 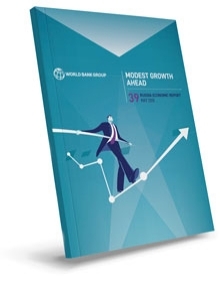 The Russian Economy: Modest Growth Ahead 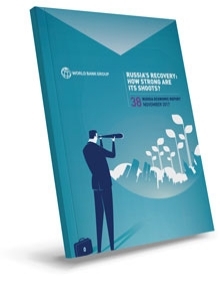 Russia's Recovery: How Strong are its Shoots? 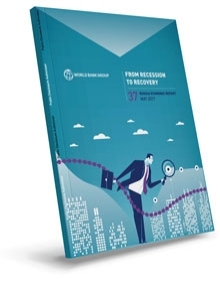 From Recession to Recovery

Earlier Russia Economic Reports can be downloaded through the World Bank's Documents & Reports. 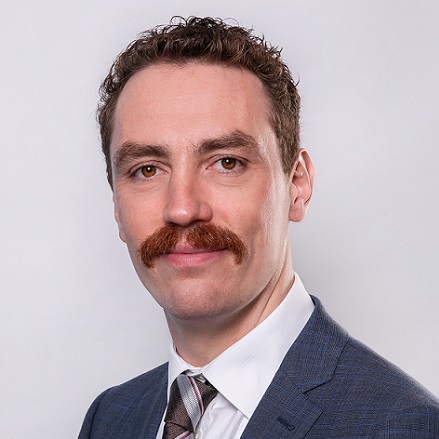 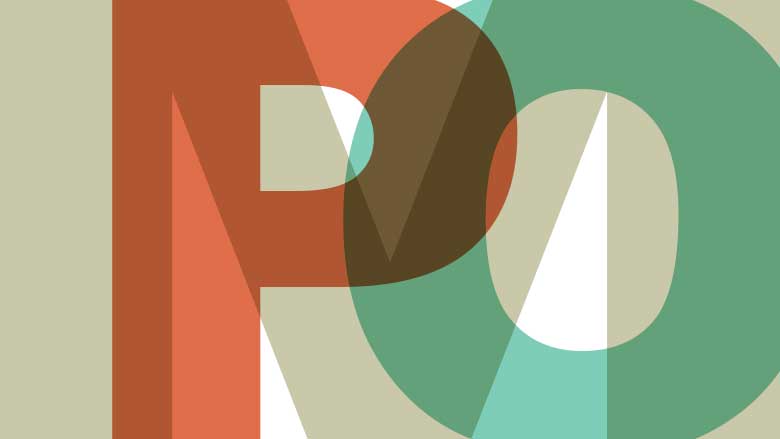