Over-Indebted Borrowers and Financial Counselling in the Kyrgyz Republic 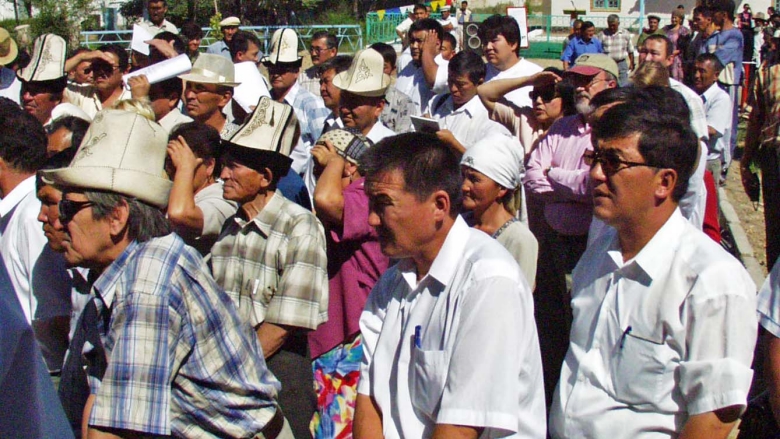 Results of the Survey on the Impact of Counselling on Knowledge, Feelings and Actions of Over-Indebted Borrowers.

At the beginning of 2016, there were a total of 536,662 active borrowers in the country, 376,428 of whom were borrowers from commercial banks and 194,000 borrowers from microfinance organizations.

Although an increasing number of people use the services of microfinance organizations or microcredit companies, not all borrowers remain satisfied and benefit from these loans as expected. There are multiple reasons for this, including insufficient financial literacy and irrational financial budget planning by borrowers, which causes further repayment difficulties.

Financial experts generally agree that, in order to decrease the level of over-indebtedness in a country, it is necessary to work with citizens on improving their financial literacy and budget planning. To that end, a series of surveys were carried out in the Kyrgyz Republic by the International Financial Corporation (IFC) to evaluate and monitor the results of financial consultations to Kyrgyz citizens.

The surveys were organized in 3 stages and evaluated the impact of consultations on the knowledge, feelings and actions of borrowers.

A growing body of empirical work suggests that personalized, real-time consultation about financial decision-making, with an emphasis on goal-setting, may be more effective than generalized, classroom-style education in bringing about improvements in financial consumer behavior.

With this in mind, IFC piloted two campaigns to provide free, neutral, “on-the-street” financial counselling services to consumers in two of Kyrgyzstan’s provincial capitals – Naryn and Talas – in October and November 2015, respectively.

The counselling campaigns aimed to achieve several objectives, including increasing consumers’ knowledge of their financial standing, supporting feelings of readiness and capability to make good decisions, encouraging actions to better balance income and expenses, and advising how to maintain a household budget.

To evaluate the outcomes of these counselling campaigns, IFC then carried out an impact assessment of participants and control groups from Talas and Naryn, over 3 stages: first at the time of the campaigns, then 3 months afterwards, and finally, 6 months afterwards.

The results provided valuable insights into ways in which counselling can prove effective, as well as unexpected findings about the motivations behind the change in behavior of financial consumers. The campaigns demonstrated highly positive impacts on planning, budgeting, and even income-generation.

However, it should also be noted that financial counselling is not a “magic bullet”. Good intentions and behavior improvements were seen mostly in the first 3 months, becoming muted and even disappearing after 6 months.

A particularly unexpected result was the improvement in planning and income-generation among the surveyed group (during a period when the Kyrgyz economy grew more slowly and microfinance portfolios deteriorated). This suggests that the survey process by itself motivated behavioral changes, and that the effect of nudging, reminding, or creating social pressure turned out to be a very powerful tool, even in the absence of counselling.

Finally, the study suggests that consumers’ feelings of self-confidence and optimism correlate with proactive financial decision-making, which was evidenced by stark differences in behavior and feelings between the two provinces. 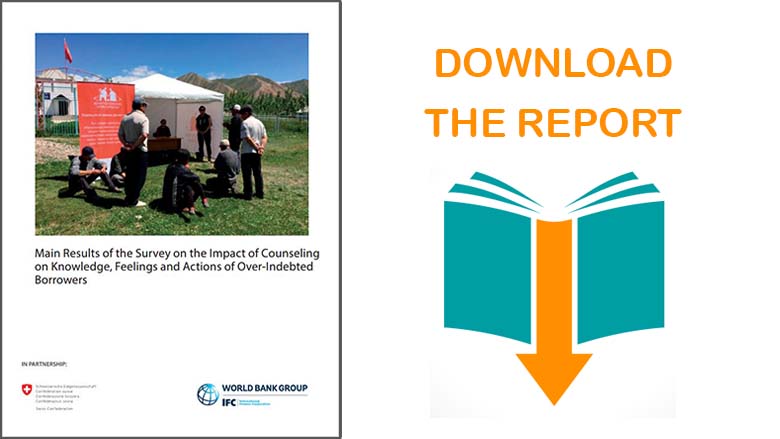 Main Results of the Survey on the Impact of Counseling on Knowledge, Feelings and Actions of Over-Indebted Borrowers