NAIROBI, February 4, 2015—Kenya is reaping the fruits of its transformative devolution program and also from increased investment in infrastructure to improve its prospects for economic growth and shared prosperity, according to a new World Bank Group (WBG) report.

The report, the Kenya Public Expenditure Review, also notes that opportunities for broad-based growth have expanded, underpinned by macroeconomic stability. At the same time, the report says, the Jubilee government is experiencing budgetary pressure from rising spending on devolution, security, flagship infrastructure projects and persistent increase in the public wage bill.

" The government needs to make choices to spend more or to spend smarter. " 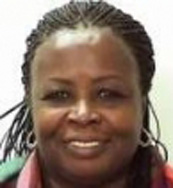 The report also recommends that the government reflect and make choices on whether to spend more or spend smart.

“The PER highlights the tremendous economic and social progress that Kenya has made in recent years and the challenges that continue to impact on the economy,” said Diarietou Gaye, World Bank Country Director for Kenya. “The government needs to make choices to spend more or to spend smarter.”

While the government’s expansionary fiscal policy has increased opportunities for growth, it has also constrained public expenditure management particularly in the allocation and utilization of resources, the report says. Some economic fundamentals, such as capacity to service debt, haven’t changed, even though Kenya’s economy is much larger after its gross domestic product (GDP) was revised in September 2014. The revision reduced the share of revenue and exports to GDP to 20% and 10% respectively. Key messages in the report include:

The Kenya PER is produced by the WBG in collaboration with the Kenya government. The policy note is intended to make a contribution toward how the government and development agencies design and implement their policies and programs.