Kenya Economic Update: How Kenya is Using Tax Revenues to Enhance Access to Education and Healthcare for Low-Income Families 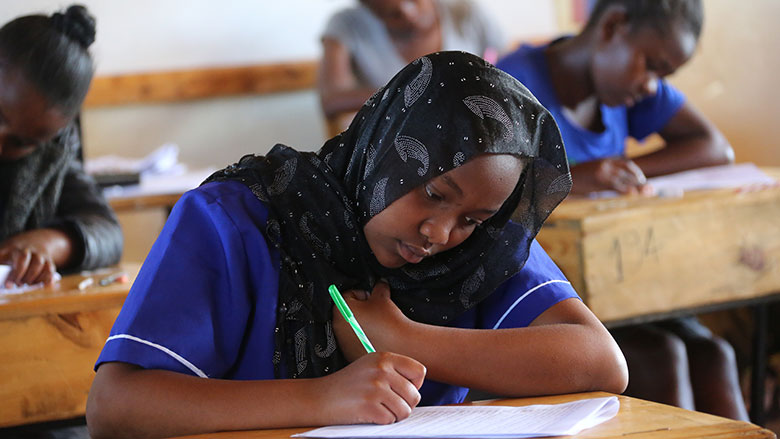 NAIROBI, October 11, 2018 –  Efforts to cushion the most vulnerable Kenyans from extreme poverty have been successful, with more than 60% of direct cash transfer benefits reaching the poorest 40% of the population, according to the latest economic update for the country.

The 18th Kenya Economic Update (KEU), In Search of Fiscal Space; Government Spending and Taxation: Who Benefits?, finds that cash transfer programs are well-targeted, with a large fraction of the benefits accruing to poor people.

“We are glad to see that Kenya continues to invest in social protection programs. They are extremely important to support poor Kenyans, and protect vulnerable households,” said Utz Pape, World Bank Senior Economist of and lead author of the economic update special section on fiscal incidence analysis. “For example, cash transfer programs give poor households the opportunity to invest in their future to escape poverty.”

The KEU also examines equity impacts of public spending on health by analyzing outpatient care in lower-level facilities. Poor people are less likely to consult health providers, the report notes, and when they do, they are more likely to consult public facilities, particularly lower-level facilities such as dispensaries and health centers. Conditional on uptake, public health spending on out-patient care is pro-poor, according to the report. However, the associated user fees and over-the-counter purchases are regressive, meaning that low-income households pay a larger share of these costs than high-income households, relative to their market income.

The KEU recommends shifting public resources from higher-level health facilities to lower-level facilities, as this is likely to benefit poor people while also improving access. However, the report warns that the absorptive capacities of these facilities might be limited, potentially constraining the impact of increased spending at a certain point.

The report builds on the options to enhance domestic revenue mobilization, as outlined in the 16th economic update, by examining the equity implications of government spending and taxation policy measures. In addition to exploring the impact of government expenditure on cash transfer programs, education and health, the KEU reviews revenue raising measures such as Pay You Earn (PAYE), Value Added Tax (VAT) and excise taxes. The report finds that personal income tax is progressive with the poorest 40% of Kenya’s population contributing 14.3% of market income, but less than 1% of direct taxes. In contrast, 80% of the tax incidence is borne by the richest 10% of the population. This factor is largely driven by the progressive nature of Kenya’s tax system and the limited access to formal sector jobs among poor people.