No Indian city supplies water to its citizens 24 hours a day, despite the fact that there is often enough water to do so.  Most people in India’s towns and cities receive water for just a few hours a day, and sometimes only a few days a week. Everyone spends time and money to get water. While the rich install tanks and pumps, the poor often have to queue up for hours at municipal standposts and handpumps, wait for tankers to supply them, or buy water from private sellers.

State of Karnataka Shows the Way

The state of Karnataka has shown that 24/7 water supply is indeed possible and affordable in urban areas, even in areas where water is scarce.  About 230,000 people in Hubballi-Dharwad, Belagavi and Kalaburagi in the water-stressed parts of the state are now getting continuous water supply under a pilot project supported by the World Bank. The project has revamped the water supply system in a few demonstration zones in these cities, and introduced water meters and billing systems. The residents of these areas now get clean water whenever they need it and can manage their water consumption within their budgets. The new system has also generated revenues for the municipal water service provider, and helped the city conserve water.

Since the pilots covered just 10 percent of each city, daily shortages continue to be the norm in the remaining parts of these cities.  Here, with water flowing for just a couple of hours a day, water quality is poor and pressure remains insufficient, rarely allowing water to flow freely even from ground floor taps, let alone from those on higher floors.  The poor, of course, are the hardest hit.

Water for All in Hubballi-Dharwad

Given the people’s demand, the Government of Karnataka plans to scale up the 24x7 service to cover all parts of these three cities.  It has requested the World Bank support for extending improved water supply service to the remaining areas of Hubballi-Dharwad under the Karnataka Urban Water Supply Modernization Project (KUWSMP). The government is likely to seek World Bank financing for the other two cities, Belagavi and Kalaburagi, once implementation modalities are finalized.

The challenge before the city authorities is immense.  Like in most Indian cities, the water supply services in Hubballi-Dharwad are prone to some systemic inefficiencies.  Water leakages are high (estimated at 40% under intermittent supply); not all households are connected to the city supply system; meters, where installed, are often faulty or tampered with; and systems to monitor water quality, quantity and pressure are weak.  As a result, it has been estimated that the municipality recovers around 55% of its operating costs and, like many other urban local bodies in the country, does not have the financial resources to undertake routine maintenance, let alone making any fresh investments in infrastructure.

The KUWSMP Project will be implemented by the Hubballi-Dharwad Municipal Corporation, working in collaboration with the state-owned Karnataka Urban Infrastructure Development & Finance Corporation (KUIDFC).  The municipality is hiring a professional water supply operating company (the operator) to help improve its water supply system.

The city municipal authorities, including elected representatives of the people, will remain in charge of water delivery services.  They will oversee the management of water supply services and employ a professional water supply company (the operator) under a 12-year contract to ensure the efficient and satisfactory delivery of water to the citizens of these cities.  The Government of Karnataka has set strict targets in the contract and the operator’s performance will be checked and independently verified against these.  Failure to meet targets will lead to reduced payments or even termination of the contract.

The operator will be responsible for designing a System Improvement Plan aimed at closing the current gaps in delivering water supply. The operator will manage the system’s day-to-day functioning and maintain the city’s water supply infrastructure and will also respond to customer complaints.

Ensuring Affordability for the Poor

To ensure that water remains affordable for the poor, the Hubballi-Dharwad authorities have applied a pro-poor policy in the demo zones and will now be adopted for the entire city.  This includes provisions to ensure that the water tariff for lifeline consumption (up to 8KL) is kept at levels that poorer households can afford.  The Project will also ensure that poorer households are able to avail of the improved services by subsidizing household-level water connections.

The operator will be required to collect the tariff on behalf of the city and transfer it to a city account, but the decisions on how much to charge will be made by the elected city corporation after consultation with all stakeholders, and in keeping with the tariff guidelines laid down by the state government.

The Project will also help the Hubballi-Dharwad Municipal Corporation set up a city-level water utility and build its capacity to take over and manage water supply operations once the contract with the operator comes to an end.

The challenge before the city authorities is immense.  Like most Indian cities, the water supply systems are prone to inefficiencies and inadequate operations and maintenance.  Water leakages are high (>50%); not all households have connections to the city supply; where meters are installed they are often faulty or tampered with; and systems to monitor water quality, quantity and pressure are absent.  As a result, the three municipalities typically recover less than 25% of their operating costs and, like many other urban local bodies in the country, do not have the financial resources to undertake routine maintenance of their systems, let alone making the fresh infrastructure investments needed.

While improving the financial sustainability of water supply operations is their goal, the city authorities in Gulbarga, Belgaum and Hubli-Dharwad remain keenly aware that charging for water supply services should not hit the poor.  The Pro-poor Policy piloted in the demo zones was aimed at ensuring that water supply would remain affordable for the poor.    Similar provisions will be put into place for the entire city under the project, and while the private company managing the city’s water operations may be charged with collecting the tariff, the decisions on how much to charge will be made by the elected city corporation after consultations with all stakeholders. 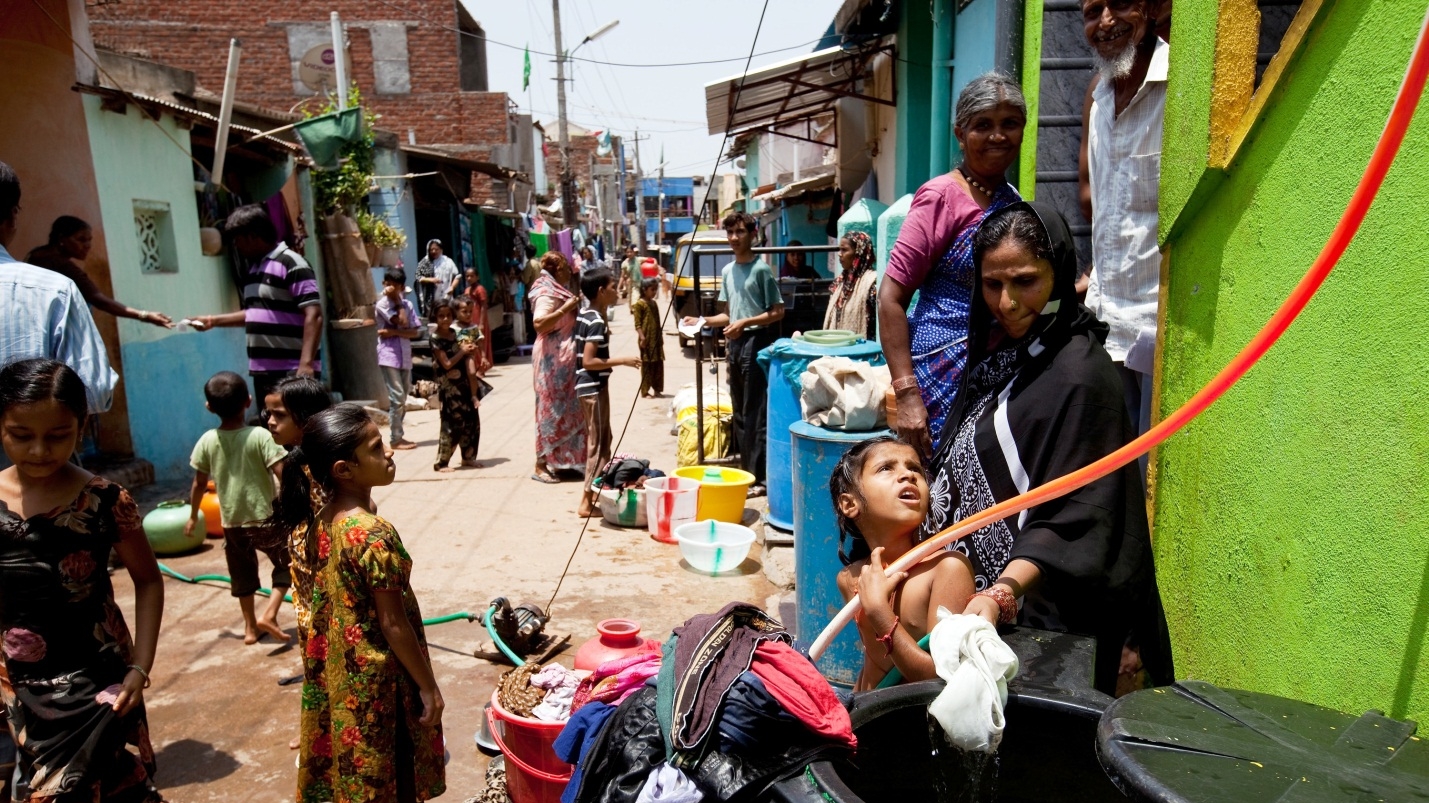