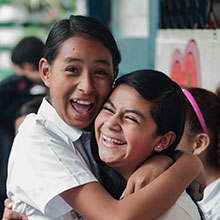 The World Bank In El Salvador

The smallest country in Central America, El Salvador suffers from persistent low levels of growth and poverty reduction in the country has been moderate. However, inequality has declined during the last two decades and El Salvador is now one of the most equal countries in Latin America.

El Salvador: Commitments by Fiscal Year (in millions of dollars)*