A Call for Urgent Acceleration of Climate Adaptation Solutions 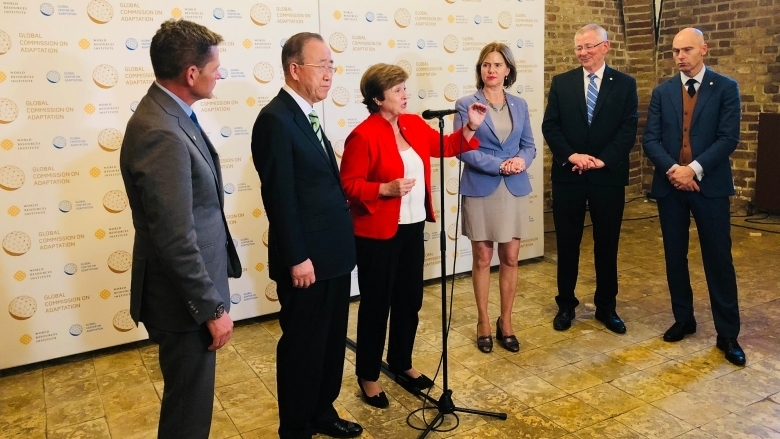 On the heels of one of the deadliest summers of climate-related weather disasters affecting countries all over the world, an unprecedented gathering of global leaders launched on October 16, 2018 the new Global Commission on Adaptation to catalyze a global movement to bring scale and speed to climate adaptation solutions. The Global Commission on Adaptation is led by Ban Ki-moon, 8th Secretary-General of the United Nations, Bill Gates, co-chair of the Bill & Melinda Gates Foundation, and Kristalina Georgieva, CEO, World Bank. It includes 17 convening countries and 28 commissioners, including the leaders, representing all regions of the globe and all sectors of development and industry.

As indicated in the Intergovernmental Panel on Climate Change (IPCC) Special Report on Global Warming of 1.5 °C, damaging climate change impacts are being felt now, much sooner and more powerfully than previously projected. Adaptation is about managing the risks associated with climate change – from floods and droughts to sea level rise and storms. The work of the Commission will elevate the visibility and political importance of climate adaptation and encourage bold solutions like smarter investments, new technologies and better planning to become more resilient to climate-related threats.

"Our climate has already changed. Dramatic weather events and volatile seasons are the new normal. Millions of people in poor countries are already living with the effects of climate change. It is a cruel irony that those who have least contributed to climate change are the ones who are affected and least able to prepare. We face a choice: business as usual and hope for the best. Or we act now and build for a resilient future." 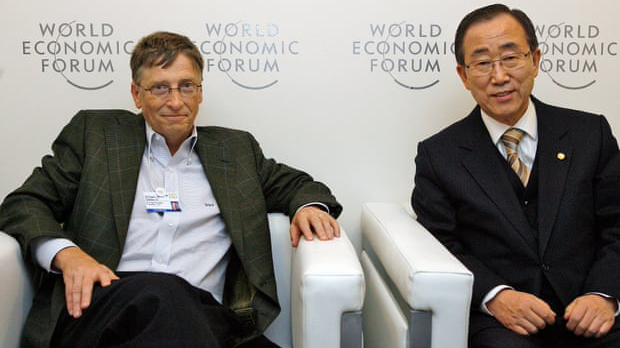 Bill Gates and former UN secretary general Ban Ki-moon (right) are among the leaders of the new Global Commission on Adaptation. Photograph: Evan Schneider/UN Photo
"Without urgent adaptation action, we risk undermining food, energy and water security for decades to come. Continued economic growth and reductions in global poverty are possible despite these daunting challenges - but only if societies invest much more in adaptation. The costs of adapting are less than the cost of doing business as usual. And the benefits many times larger."
Ban Ki-moon
8th Secretary-General of the United Nations
"We are at a moment of high risk and great promise. We need policies to help vulnerable populations adapt and we need to ensure that governments and other stakeholders are supporting innovation and helping deliver those breakthroughs to the people and places that need them most. If everyone does their part, we can reduce carbon emissions, increase access to affordable energy, and help farmers everywhere grow more productive crops."
Bill Gates
Co-chair of the Bill & Melinda Gates Foundation

There are four major roadblocks slowing adaptation that the Commission will work to address:

In its first year, the Commission will oversee preparation of a flagship report and present its findings and recommendations at the 2019 UNSG Climate Summit. The report will be informed by input from the world’s leading scientific, economic and policy analysis institutes; and will set out why adapting to climate risks and accelerated action is essential, what new actions are needed and what must be done differently; and how governments, companies and citizens can start working today to make the world a safer, better place.

In 2016, Bulgaria signed a contract with the World Bank for the provision of analytical and advisory services in support of the NASAP. The World Bank’s team of experts prepared an assessment of climate change related risks in nine economic sectors: agriculture, biodiversity & ecosystems, energy, forestry, human health, tourism, transport, urban development, and water. Areas that were also studied include disaster risk management, and macroeconomic consequences of climate change.

Climate threats for Bulgaria are imminent with an expected average temperature rise of up to 4oC by 2100. Also, precipitation patterns will change.

Climate change consequences are multiple, including reduced water reserves, health effects, disturbance of agricultural production, stress on biodiversity and forests, damage to infrastructure and private property, change of tourism patterns, and many others.

Macroeconomic calculations show that climate change will, if no action is taken, in monetary terms, negatively affect the country, potentially wiping out Bulgaria’s entire economic growth by 2050. Macroeconomic effects can be considerably mitigated, if adaptation action is taken. Sector specific cost-benefit analyses show that investing in adaptation measures pays off. Calculations generally show high cost-effectiveness of investments, varying per sector and per adaptation measure. Each invested euro is expected to be earned back, from several times to peaks of more than 700 times the invested amount.

WORLD BANK
Learn More About the Commission and Convening Countries