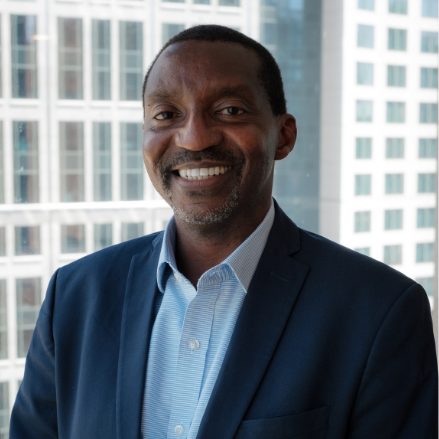 Country Director for Papua New Guinea and the Pacific Islands

Prior to joining the Pacific team, Mr. Ndegwa was the World Bank’s Country Manager for Serbia, and before that, Operations Manager responsible for the World Bank program in Afghanistan. Between 2011 and 2014, he was Adviser with Operations Policy and Country Services based at the World Bank's Center on Conflict, Security and Development and he was a member of the core team writing the 2011 World Development Report on conflict, security and development.

Mr. Ndegwa joined the World Bank in 2002 as Young Professional and has since worked on governance, political economy, and public sector capacity building across several regions. He has served as a Lead Specialist in the Governance Global Practice and has worked on programs in the Africa, Latin America, Middle East, South Asia, and East Asia and Pacific regions.

Prior to joining the World Bank, Mr. Ndegwa was Associate Professor of Government at The College of William and Mary (Virginia, USA, 1994-2002). In 2010, he was a Rice Family Faculty Fellow at Yale University and a non-resident Visiting Fellow at the National Endowment for Democracy (Spring 2011). He is the author or editor of several books and his research articles have appeared in leading journals including award-winning work in the American Political Science Review.

Mr. Ndegwa, a dual-Kenyan and US national, holds a PhD in political science and public policy from Indiana University (USA, 1993).