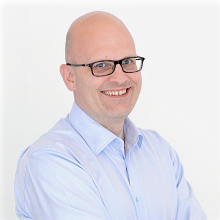 Marcus Heinz is the Resident Representative of the World Bank for Poland and the Baltic States. In his current role he oversees the Bank’s program in these countries, including investment projects and technical assistance work.

He joined the World Bank in 2011 and has also worked extensively on its programs for Southern Europe countries and Russia.

Before, he worked as director of International Financial Institutions in the Austrian Ministry of Finance. In this function he managed the interests of the Republic of Austria in multilateral development banks including performing the role of deputy for replenishments of IDA, the African Development Fund and the Asian Development Fund. He also led the team to create the Development Bank of Austria.

From 2001 to 2004, Marcus Heinz was the Austrian representative on the executive board of the Asian Development Bank (from 2004 to 2009 he was also alternate governor). Before his time in Manila, he worked in the budget department of the Austrian Ministry of Finance, mainly focusing on state aid law and European structural funds.

At the very beginning of his career, he taught criminal law at the University of Vienna, focusing on criminal procedural law.

Marcus Heinz holds a doctorate of law from the University of Vienna and a master in public policy from Princeton University.