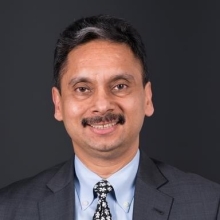 Prior to this, Mr. Gill was Director, Social Development for the World Bank from 2014–June 2019, leading a team of about 300 social scientists committed to promoting socially inclusive development in the World Bank’s operational and analytical work.

Prior to this assignment, he was the Director responsible for the design and implementation of the World Bank’s internal institutional reforms.

Earlier in his career, Mr. Gill worked in the Indian civil service, where his assignments included being the chief executive of a medium-sized town, director of rural development programs at the district level, and project manager for the resettlement program associated with a large hydro-cum-irrigation project.

Mr. Gill is an Indian national and holds an MBA in Finance and Marketing from Punjabi University. Follow @ManinderSGill on Twitter.