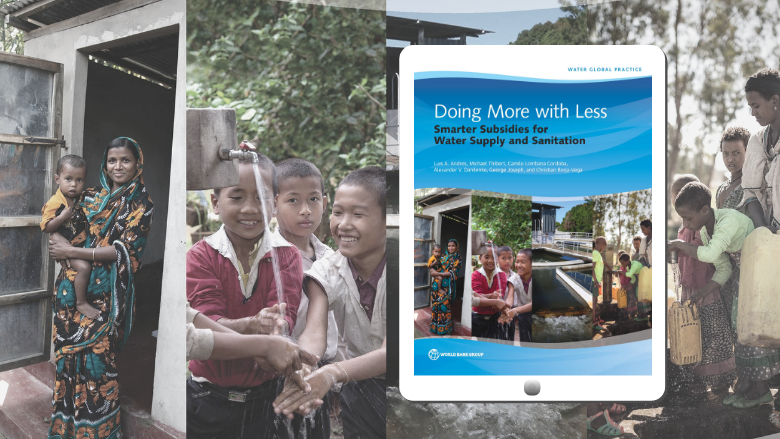 New World Bank research shows that governments across the world are pouring money into water and sanitation subsidies but all too often that funding doesn’t flow to those who need it most. However, subsidies can be powerful and progressive tools in delivering water and sanitation when they are designed in smart and targeted ways and implemented effectively.

·      Water and sanitation subsidies are substantial. This research shows that, globally, subsidies total around $320 billion a year, excluding China and India. This equates to around half a percent of these countries’ combined GDP. And if only low- and middle-income economies are considered, that figure rises to between 1.5 and 2 percent.

·       That’s over 300 billion dollars of public money which makes up the difference between how much it costs to provide water and sanitation services and the money that comes in from users. These subsidies cover operations expenditures such as staffing costs, maintaining existing infrastructure, and infrastructure rehabilitation and expansion.

·       So water and sanitation subsidies can consume a substantial amount of a country’s scarce public resources. As well as being expensive, they are also:

All too often, these subsidies fail to reach the poor, with the richest households receiving the lion’s share.

·       That’s because, as currently constituted, existing subsidies are poorly targeted and don’t sufficiently help poor households. There are three predominant reasons for this:

·       This research shows that, on average, across the 10 low and middle-income countries examined, 56% of subsidies end up in the pockets of the richest 20% but only 6% of subsidies find their way to the poorest 20%.

·       So instead of acting as an equalizer, subsidies are instead exacerbating existing inequalities. But it doesn’t have to be this way.

Subsidies can be powerful and progressive tools in delivering water and sanitation when they are designed in smart and targeted ways and implemented effectively.

Subsidies can help ensure nobody gets left behind when it comes to the affordable provision of water and sanitation. In order to do this, subsidies need to be designed in ways that are smart, targeted and implemented effectively: 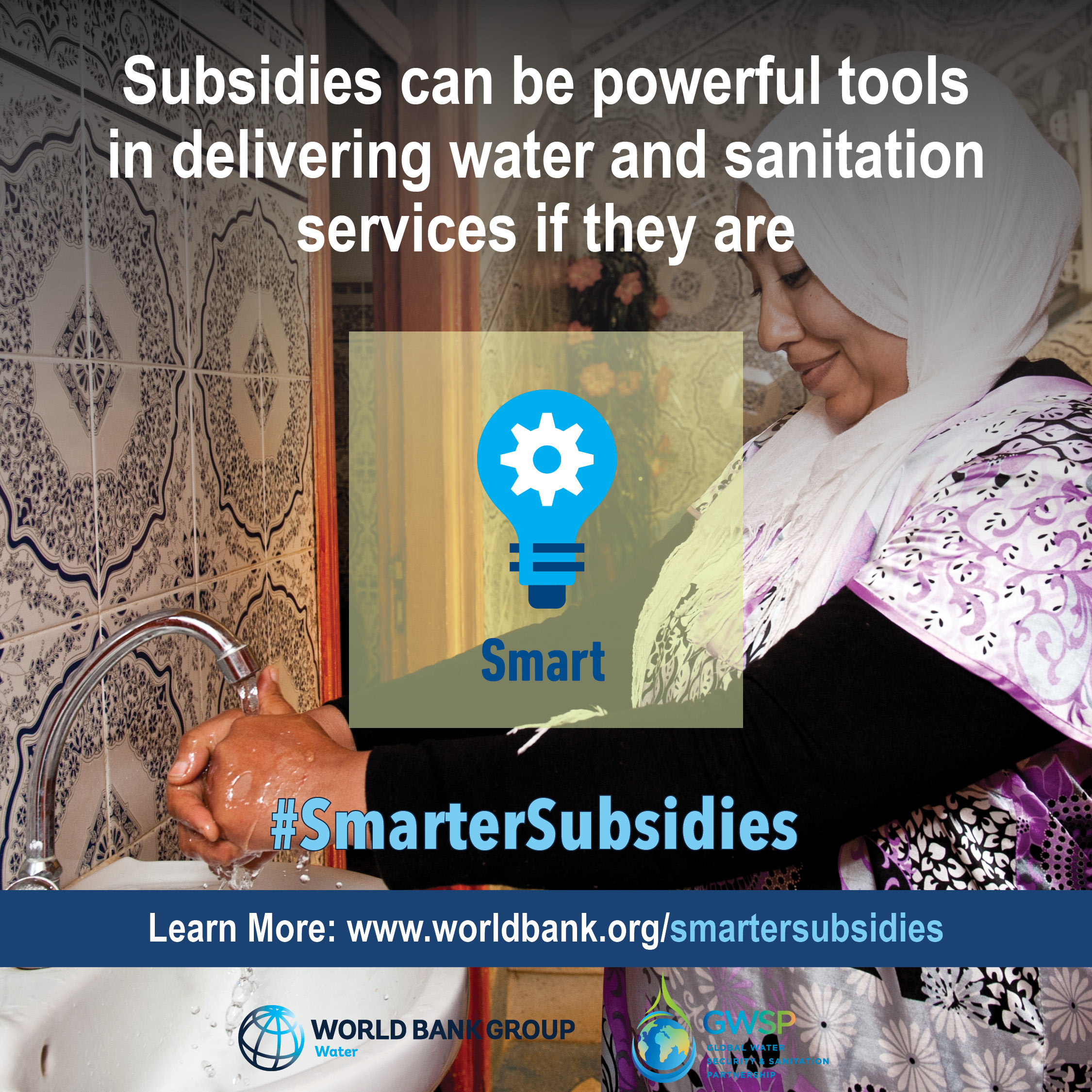 ·      The majority of subsidies go to water, urban and networked services. A better balance across water and sanitation, rural and urban, and different types of service can make subsidies work harder.

A single instrument is unlikely to meet all policy goals simultaneously. Any single tariff design, for example, cannot promote cost recovery and single scarcity, while simultaneously ensuring equitable access for the poor and vulnerable. 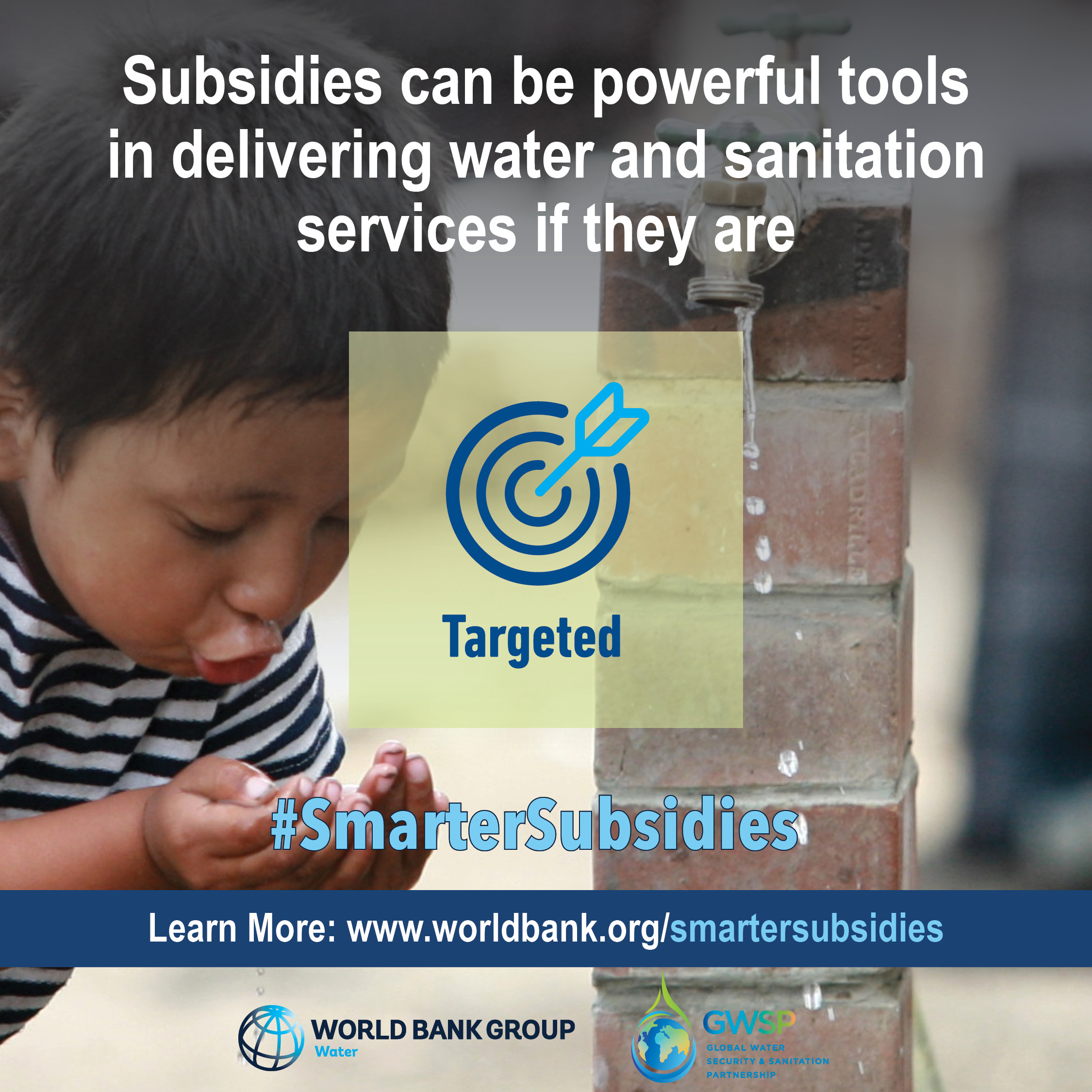 ·      This research shows that measures to make water supply and sanitation affordable for those in need can ensure that no one gets left behind.

·       This can be achieved using the targeted subsidization of both household-level and public facilities for the poor, as has been undertaken in Kenya.

·       The use of remote sensing and street view data, coupled with machine learning algorithms, holds the potential to identify the poor to improve targeting. The World Bank is currently working with the government of Angola to pilot this approach. 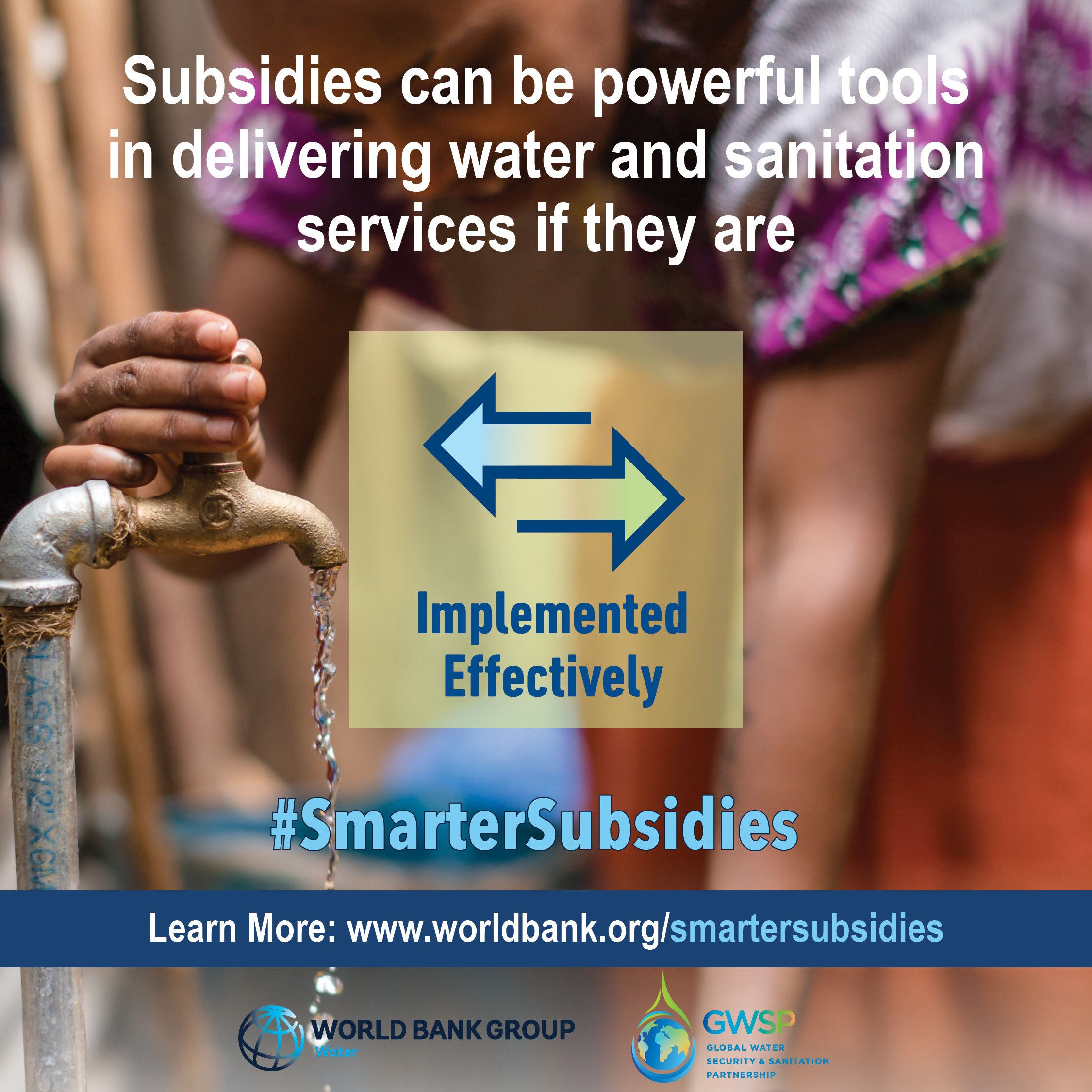 ·      A communications strategy is essential to build advance backing and for successful implementation.

·      Understanding the institutions, incentives and interests that shape subsidy reform is vital to cultivating supportive coalitions.

·      When a subsidy is temporary, an appropriate exit strategy must include some form of support for the most vulnerable.

Subsidies have a vital role to play

·       It is difficult to overstate the benefits of affordable water and sanitation for families. It can prevent needless deaths and transform lives. Healthier children become healthier adults who contribute more to the economy and fulfill their potential.

·       Subsidies that are designed in smart and targeted ways and implemented effectively can help achieve access to adequate and equitable water and sanitation, helping people live productive lives and escape the poverty trap.

This report was funded in part by the Global Water Security & Sanitation Partnership, a multi-donor trust fund based at the World Bank's Water Global Practice.