Performance of Water Utilities in Africa

World Bank Group
A new World Bank report finds that many water utilities in Africa are working hard to expand access, but most haven’t kept up with the growing demand or the maintenance on aging infrastructure. This has left only one third of urban residents with piped water to their homes. Increasing access to a safe water supply will require more investment in utility infrastructure, while improving the capacity to operate and maintain services.

Although utilities in Africa generally underperform, there are relatively well-performing utilities operating in the continent. The top performing utilities in Africa do relatively well, and are even able to achieve global benchmarks of operational and financial performance. It has been found that good performance varies widely between countries, and also within countries. This suggests that water is indeed a local service, and that local circumstances have a big impact on how well utilities perform.

Customer performance is relatively weak, even among the best-performing utilities. Customer performance is not necessarily very well developed in African utilities, especially when compared to global benchmarks. Hours of water supplied tends to be less than 24 hours per day.  Many utilities provide relatively low levels of service compared to utilities with a much larger reliance on shared connections and public stand posts. This results in significantly lower levels of consumption per capita, sometimes even below 15 lpcd ((liters per capita daily)).  Hence, even though tariffs are not necessarily low, the very low consumption levels provide utilities with a relatively weak revenue basis (especially when the utility is small in size). This also makes the service less compelling to use and/or connect for water consumers, compared to other water sources, at least in terms of service delivered.

The major drivers of water utility performance are linked to the cost of service, while an enabling environment also matters. It was observed that one of the major drivers of utility performance are economies of scale: size (as measured by the size of the population served with water) matters, but when a utility becomes too large, the benefits become disadvantages.  Economies of scope also matter, when a utility provides more than water supply services.  Another finding, linked to the economies of scale and scope, is the impact of costs (either measured by the operation and maintenance costs per cubic meter of water produced or the share of labor in the total costs):  higher operation and maintenance costs per cubic meter of water produced correlate with lower utility performance. The quality of economic management in the countries in which utilities operate are affecting utility performance: the higher the quality of economic management, the higher a utility’s performance.

Improving water coverage in Africa will require large investments that will have to be mostly paid for by government funds. In the sample of utilities, it was found that the link between utilities’ financial performance and water coverage was only in place for certain groups of utilities, usually for utilities of capital cities. For other utilities, the contribution of good financial performance to water coverage is weak.  This suggests that most utilities, especially smaller ones in low-income countries are not able to improve access through improved financial performance, but depend on external funds to do so.  Hence, increases in water coverage will have to be matched by government priorities to fund the sector, especially as the current investment in the sector is mostly limited to water supply (i.e., most utilities in Africa, especially in low-income countries, do not provide wastewater services). As many utilities are underperforming, government funding for the sector should be subject to much more stringent criteria for investment selection and priority setting, as these decisions will determine the operation and maintenance costs for decades after.

Specific measures are needed to ensure that progress in financial cost recovery does not translate into less affordable services. The better performing utilities tend to charge higher water rates to their customers.  Yet, affordability in many utilities remains a significant challenge, even though most utilities in Africa only provide water services[1]. In some cases, top-performing utilities have used cross-subsidies to reduce the burden on the residential consumer, but this has at times resulted in a skewed customer base, with nonresidential water users opting out.  Cross-subsidies can help make the service more affordable, but care should be taken to ensure that the high tariffs charged to nonresidential users are not set higher than the costs of alternative water supplies (such as groundwater). This will help avoid a situation where nonresidential user opt out of the piped network system.”

Availability of data is critical to assess performance and guide sector planning. To enable anyone to investigate the performance of utilities in Africa and elsewhere, availability of reliable and complete data is critical. For this analysis, the team could benefit from a tested instrument like the International Benchmarking Network for Water and Sanitation Utilities (IBNET) Toolkit. Even so, the quality and, especially, the completeness of the collected data remained a major challenge. Organizational data were collected, but overall response rates for this type of information was low; utilities do not always collect very basic data on their performance. There is a huge demand from many professionals for more data beyond the basic financial and operational data that was collected for this study.  Basic performance monitoring is most common in countries where a regulator is playing an active role in the sector development. In countries where utilities have no specific regulator in place, performance monitoring is generally weak.

Get the Full Report 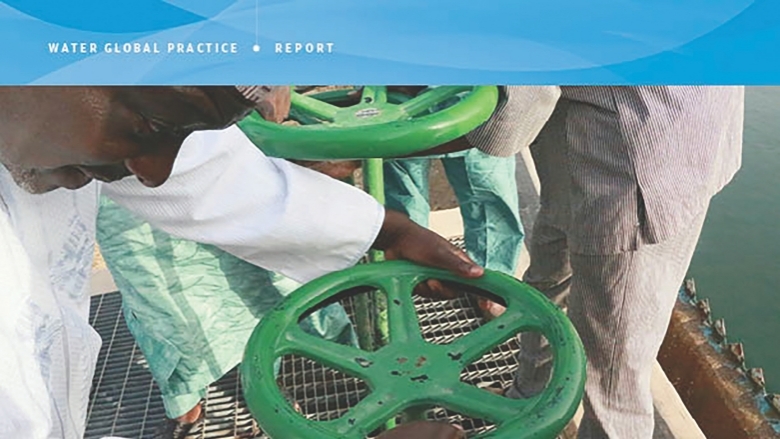